At its special event yesterday evening Sony showed off the PlayStation 5 design for the first time. The showcase event also provided a look at various PS5 games that are currently in development, including nine new PS5 games from PlayStation Studios, before culminating in the reveal of the PS5 design itself. 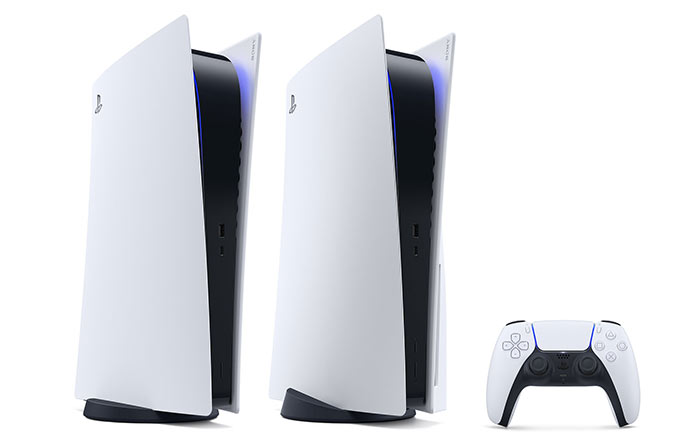 There are actually two PS5 SKUs on the way. At launch you will be able to choose between a system with an Ultra HD Blu-ray disc drive, or the so-called 'Digital Edition' of the console which eschews that ODD hardware (both models pictured above and below). Other than the presence of an ODD, the systems will be identical, promises Sony. We don't have any indication of pricing for the PS5, so it isn't clear how much cheaper the sans-ODD version will be. For the full console hardware specs check out our story from mid-March.

Ahead of this event we had seen the design for the PS5 DualSense controller, which not-surprisingly complements the design of the console. You can read more about that here. In addition to the consoles and controller, Sony has some other matching accessories lined up. In the group photo you can see a matching Pulse 3D wireless headset, an HD camera, a media remote, and a stand for your DualSense controllers.

The design of the PS5 has been trending strongly on Twitter with many making fun of the shape and form presented by Sony's designers. For some reason, I think it is called fanboyism, there is a lot of fun simultaneously being poked at the Microsoft Xbox Series X design that we have known about for months. The Sony design is certainly more eye catching, however I think its bold looks will become stale pretty quickly. If I bought it I think it would be put behind the TV vertically, but I think it looks better in its horizontal orientation if it must be visible. 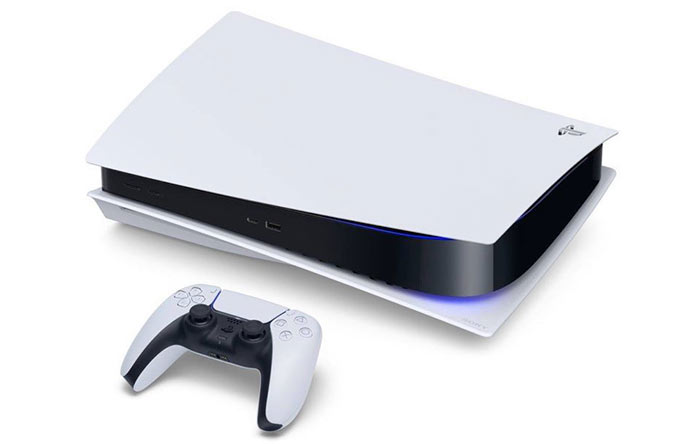 As well as the nine first party games including the likes of Gran Turismo 7, there were some big third party titles announced for PS5 yesterday evening. There is an enhanced version of GTA V on the way in H2 2021 "featuring a range of technical improvements, visual upgrades and performance enhancements". Additionally worth highlighting I think are; Resident Evil Village, and the first mention of Hitman 3, with an announcement trailer, which I've embedded below for your convenience. Lots more games details are available via the Sony PlayStation Blog and its associated YouTube channel.