You are here:
Systems Hardware News

Acer hosted another of its Next@Acer events on Wednesday, with a number of interesting additions to its Predator gaming series on show. The pick of the crop was probably our headlining Predator Orion 7000 (P07-640) gaming desktop tower PC, but Acer also had a pair of 4k gaming projectors, and a new 55-inch gaming desk under the Predator brand for avid gamers. 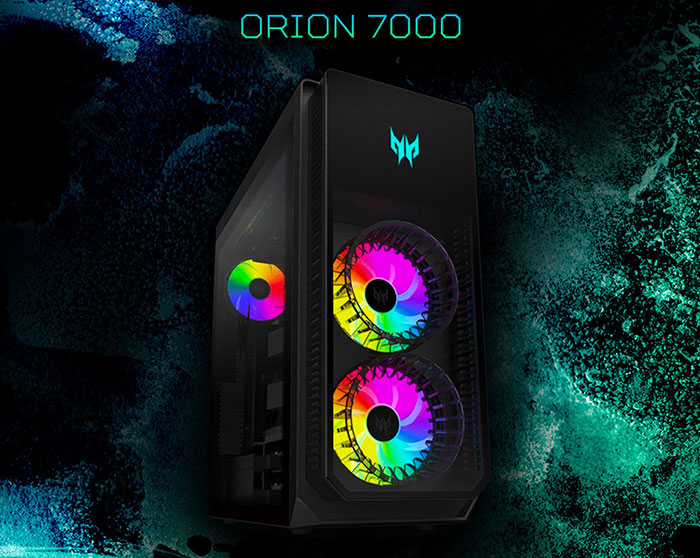 PC DIYers are having a hard time sourcing the best modern components, so the ability of large PC system brands like Acer to secure stocks of these essentials makes their pre-built systems all the more appealing. The new Acer Predator Orion 7000 gaming desktop sounds like it will be bursting with top of the line components, which will likely be as rare as hens teeth and be priced prohibitively if purchased separately. 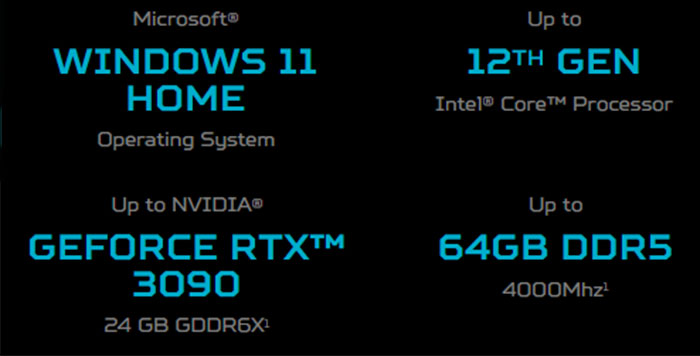 Big attractions for those pondering over the new Acer Predator Orion 7000 include the option of up to the latest unlocked 12th Gen Intel Core processor with 16C/24T, Nvidia GeForce RTX 3090 graphics card, PCIe Gen5 connectivity, as well as up to 64GB DDR5 pre-installed in this Windows 11 system. 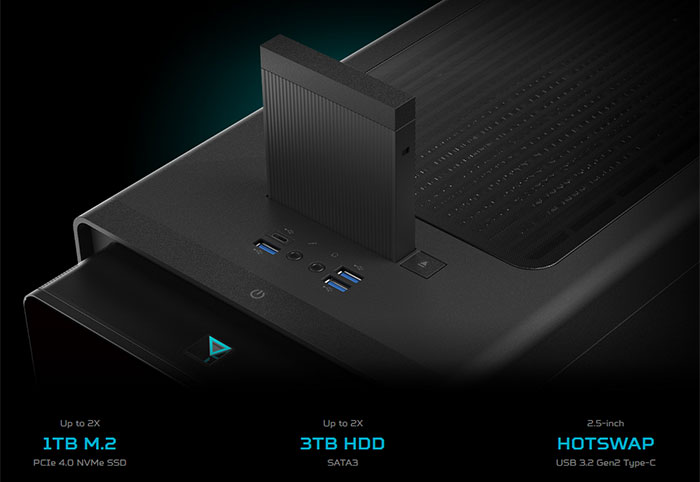 Other attractive features of this Orion 7000 are its 2.5-inch USB3.2 Gen2 Type-C hotswap drive bay (situated just behind the top/front panel IO), plenty of aRGB fans (2x front 1x rear), and an aRGB AiO cooler for the CPU (120mm radiator, supports up to 2x fans). Check out the full system specs below:

Posted by Rubarb - Fri 15 Oct 2021 10:38
Do like the idea of a hotswap drive, im using one atm and it's so handy.
Seems like a silly place to have it though and it uses a drive enclosure by the looks of it (could be wrong?). No idea why case makers don't use that space in front of the psu for removeable drives? almost 95% of people that have pc's with windows have them on the right of them so that side would be perfect.
Posted by Ttaskmaster - Fri 15 Oct 2021 12:19

Rubarb
almost 95% of people that have pc's with windows have them on the right of them so that side would be perfect.

Data source for that? :p

Mine is on the left, so the window faces out and I can reach the front I/O… and if this thread goes the way I expect, I imagine it will spawn a new QOTW.