A developer tinkering with the Nvidia GeForce Now (GFN) client software has unearthed what appears to be a multitude of unreleased games for the platform. The unannounced games are presumably are on the way to GFN, in internal testing, or ready for demonstration. Some of the games are from highly regarded PlayStation franchises that haven't visited PC before.

About six months ago, Ighor July wanted to grab a full list of all games available on GFN, and the current client wouldn't help him do it, so he started fiddling with older clients and checking through various log and cache files that were created by this activity. This resulted in a URL being discovered, giving access to the GraphQL online editor, which July found quite easy to query thanks to helpful intelligent code completion pop-ups in the UI. Eventually he fetched a list of all the games on the GFN servers, and set up a proxy server to open the list and its links via the official GFN client application. In brief, there are lots of games, and applications, that aren't available or visible for common-or-garden GFN users to run. 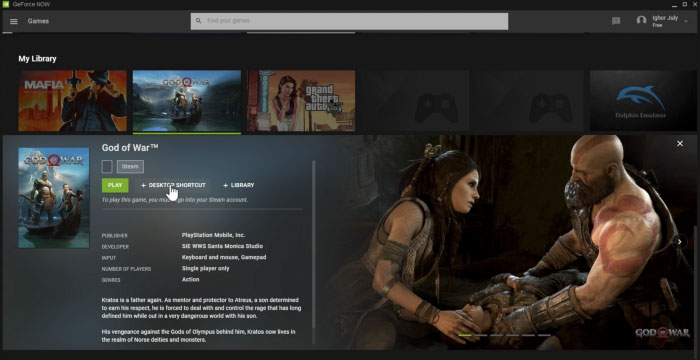 The lists of potential titles coming to GFN / PC

Push Square reports that July found the following Sony-published titles in the GFN database, which seems to suggest these first-party PlayStation gems are/were on the way to the PC: 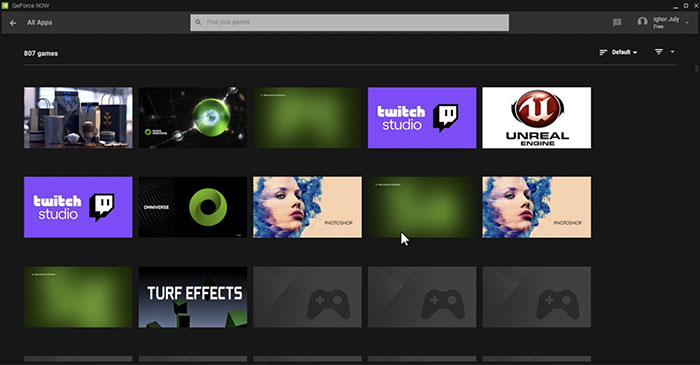 Additionally, there are oodles of unannounced but important sounding games listed in this leaked data, as tabulated below (with comments in brackets from PushSquare).

There were some oddities among the GFN leaked data too. For example, the database mentioned applications such as 3DS Max, Maya, and Adobe Photoshop – as well as a Nintendo GameCube/Wii emulator called Dolphin. These entries and the nature of the leak means that, even though the data was pulled directly from Nvidia GFN, some titles might never make it to release, and/or are just there for testing, demonstration, or other purposes. 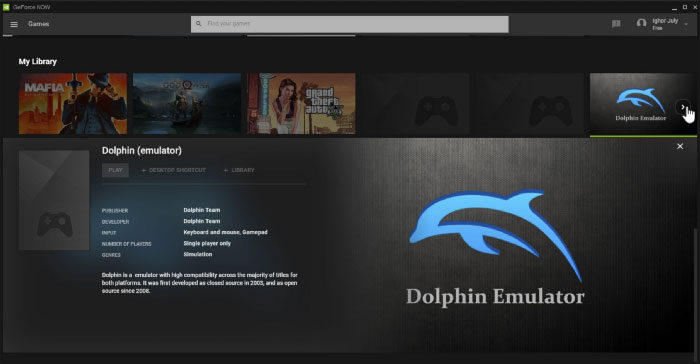 Nvidia has responded to the above database leak news with the following statement, as received by WCCF Tech:

Nvidia is aware of an unauthorized published game list, with both released and/or speculative titles, used only for internal tracking and testing. Inclusion on the list is neither confirmation nor an announcement of any game.

Nvidia took immediate action to remove access to the list. No confidential game builds or personal information were exposed.

Posted by kalniel - Tue 14 Sep 2021 13:06
As per your source, NVidia had already responded before this Hexus article was published. The list included speculative titles for internal testing. The wccftech list even included half life 2 remastered :p
Posted by Yoyoyo69 - Tue 14 Sep 2021 14:25
Sony can't offer a decent service, so you gave to pay them a ton, then pay even more to another company in order to be able to stream the games.
Posted by KultiVator - Tue 14 Sep 2021 18:08
TitanFall 3 - now we're talking. Should comfortably beat all that not-so-StarWarsy-feeling platform nonsense that made the cut in their previous AAA title, “Jedi: Fallen Order”. Had me bored senseless by the third or fourth planet of dull jumping around ledges.

KultiVator
@Kalniel : when you say ‘speculative’, do you mean that to read as ‘totally fabricated’?

I read it one of two ways:

1. It's a mix of some real titles and some totally fabricated ones that have been made up internally (not unheard of for test lists to contain made up entries)

2. If I had accidentally leaked stuff I didn't want to, the above is the only plausible way to cover it up :p

(nvidia are the ones who used the term ‘speculative’: “NVIDIA is aware of an unauthorized published game list, with both released and/or speculative titles, used only for internal tracking and testing. Inclusion on the list is neither confirmation nor an announcement of any game.”)