Analogue hosted a reveal event on Saturday. However, the event wasn't a platform use to spill more info on its highly anticipated but oft delayed Analogue Pocket games console hardware, or another new console, Instead, the event was all about software, namely the new Analogue OS. 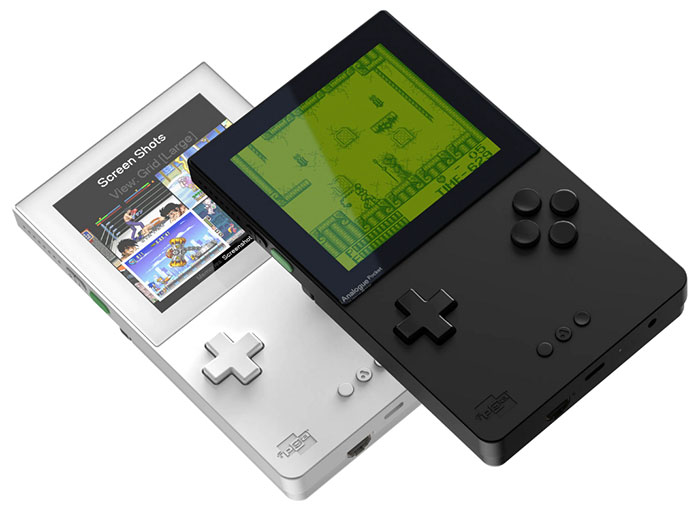 Before looking more closely at Analogue OS, let us have a quick recap on the Analogue Pocket handheld hardware. This console was last featured in the HEXUS news in July 2020, in the news due to another delay. At the time we shared the console specs, and they seem to still be the same, just delayed because of the usual pandemic/supply chain issues. Analogue want to stress that this isn't a pocket emulator ROM solution, this is a premium handheld designed to play original game carts natively on FPGA processor cores. The standard Analogue Pocket can accept Game Boy, Game Boy Color and Game Boy Advance game cartridges – but there will also be adaptors for Game Gear, Neo Geo Pocket/Colour, and Atari Lynx. 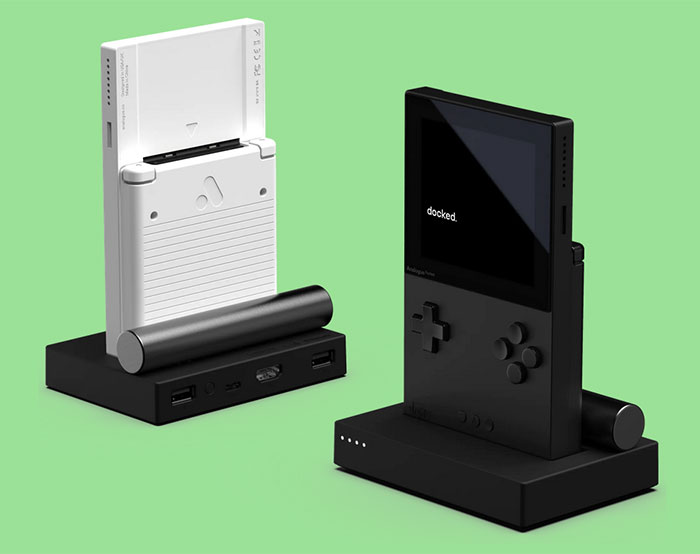 With a solution that uses the original cartridges, with the limitations they present, Analogue has thought long and hard about making the experience as polished as some of the emulator systems – with a library, artwork, game info, display profiles, save states, playlists, external controller compatibility, screenshots, gameplay tracking and more.

"Analogue OS is purpose built for exploring and celebrating all of video game history," says the retro gaming firm. "Designed to be the definitive, scholarly operating system for playing and experiencing the entire medium." As well as the retrogamer friendly features I mentioned above, it has some features for developers. For example, Analogue says that via the OS you can develop your own FPGA cores "to help preserve video gaming history". 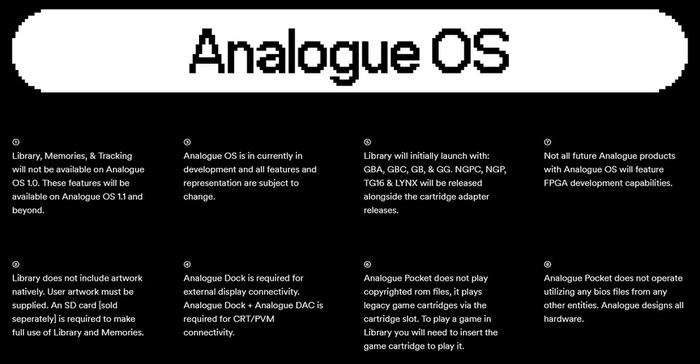 I think the OS launch would have benefitted from an official video showing the gamut of abilities, but we only got a collection of GIFs and stills on social media, and a new page dedicated to the OS with these same images. A number of times, Analogue mentions that the OS is "in development", so perhaps it still needs some tweaking in terms of smoothness before demonstrating its scope on live video.

Pre-order allocations of the Analogue Pocket, in black or white, for US$199, are currently not available, but you can sign up for stock notifications.