Konami crows that its original 16-bit console was the first of its kind to get a CD-ROM add-on and the first console to offer multi-tap support for up to five players - as well as attractive high-quality arcade ports, "many of which will be included in this re-release". 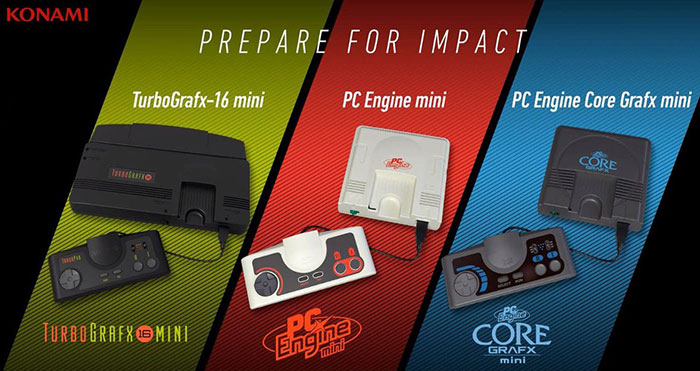 Unfortunately Konami is doing a Sega with the launch lineup and intends to drip-drip the pre-installed games in the mini console during the pre-release period. So far we only know of six confirmed titles: 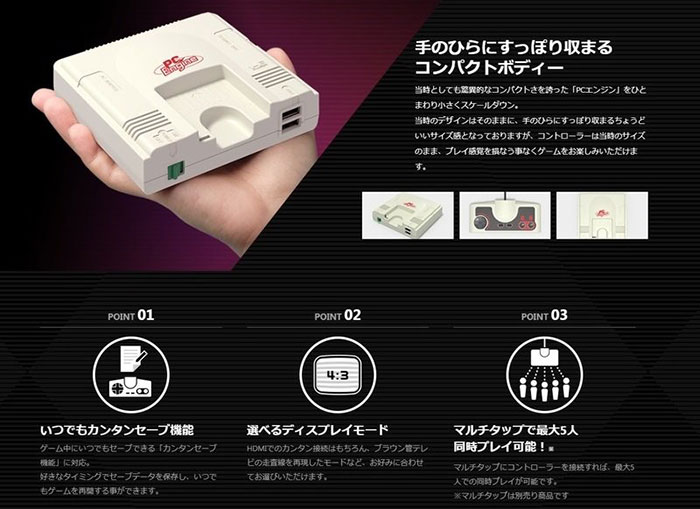 We don't have any pricing and availability info as yet.

Atari has announced that the VCS reboot will become generally available from March 2020 but IndieGogo backers are promised theirs in "late 2019". This AMD Ryzen Embedded R1000 SoC powered system runs a Linux-based OS and will come stuffed with over 100 classic games - but will also support new titles. 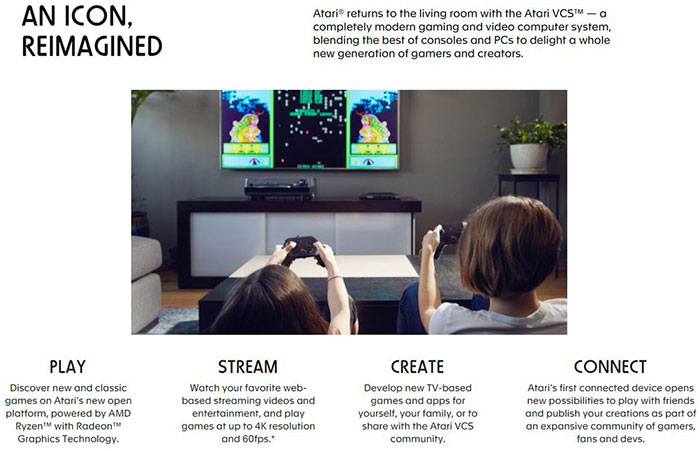 If you want to run other pass Atari has enabled the 'Atari Sandbox Mode' that "unlocks an open and expandable multimedia PC enabling complete freedom and versatility," according to a press release. Atari is currently showing off systems at the E3 2019 show.

Pricing starts at $249.99 for the Atari VCS 400 Onyx (4GB) and tops off at $389.99 for one of three Atari VCS 800 (8GB) All-In system bundles. In the US pre-orders have already opened up at the likes of Walmart and Gamestop. Classic Joysticks and Modern Controllers will also be available separately at $49.99 and $59.99 respectively.

Posted by Gunbuster - Wed 12 Jun 2019 14:19
Its nice we are getting the Core Grafx. The TurboGrafx was a failed launch here, so its nice to have a more exotic version. Also allows collectors to get another version. Some real classic titles there.
Posted by cheesemp - Wed 12 Jun 2019 15:44
I love how they've made the TurboGrafx-16 mini US version bigger to match the original console but it looks like all the switches/ports are in the same place as the EU/JP versions so the box is 50% empty! Then again the VCS looks pretty empty in the transparent case. Crazy how small electronics are getting now.
Posted by Nifl - Wed 12 Jun 2019 18:22
Definitely interested already with those games listed. It all depends on the price now.
Posted by Strawb77 - Thu 13 Jun 2019 02:08
i hope one day that `konami gt` will be available- i spent many long hours playing that back in the 80`s, on a machine in my local pub. have never seen it since.