Microsoft has lined up an event for Wednesday, 22nd September. We are cordially requested to "join us to see what's next" at 11am ET (4pm UK, BST) on that date. If you navigate to the event page, you will see a Surface Pro hybrid PC in a dark room (perhaps they should turn on Low Blue light mode). As well as new Surface Pro hardware, as teased in the image, the revamped Surface Duo (Android) is due, and it would be good to get some official info on this attractive pocketable portable. 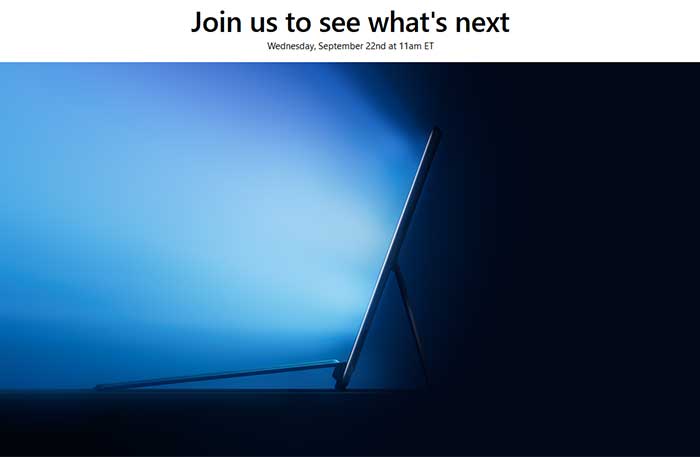 A few weeks ago, HEXUS reported on some leaks regarding the Microsoft Surface Duo 2, which had previously been flagged up for Sept/Oct release. Major updates coming to the Android powered split screen foldable are; an enhanced triple lens camera system, a Qualcomm Snapdragon 888 processor, 5G, and NFC for wireless payments – it may also be available in a black option. Hopefully it won't be launched at an enormous / inaccessible price. 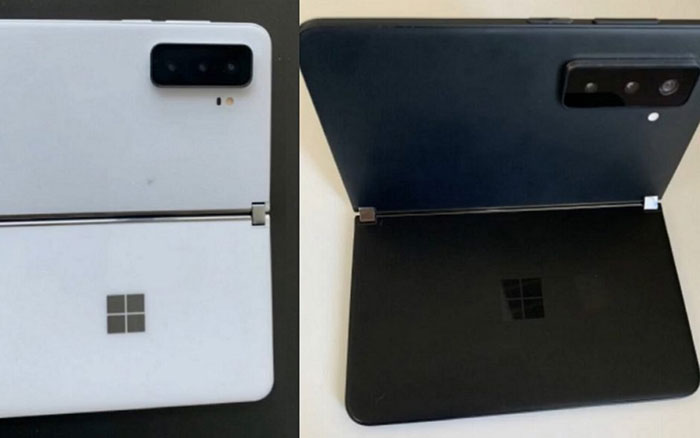 We aren't lucky to have had any such detailed leaks about what Surface / Windows devices to expect. Windows Central reckons we will see new Windows 11 hardware such as the "Surface Pro 8, Surface Go 3, and perhaps a new flagship Surface laptop." It also points out that some Geekbench r4esults have been unearthed hinting that the Surface Go 3 is powered by an Intel Pentium Gold 6500Y, or an Intel Core i3-10100Y if you choose the LTE model. Lastly, there is a chance we could see a new version of the (Arm-powered) Surface Pro X.

Some Windows Insiders being ousted from Windows 11 test program

An extra related news nugget that caught my interest this morning was Paul Thurrott's report about Windows Insiders being told they can no longer be involved in the Windows 11 Insider test program. The report, wittily titled Thanks for Testing Windows 11, Now Leave, says that folk with older PC hardware are being alerted that they can no longer test Windows 11 due to unsupported hardware.

Microsoft must be busy finalising Windows 11 'v1.0' now, as it will need to be available for its PC systems partners to install and ship to retailers. Affected users might be able to wait until 5th Oct and install the new OS from ISO.

Posted by KultiVator - Thu 02 Sep 2021 12:45
Hopefully the Surface Pro 8 gets an updated chassis with smaller bezels… the current design dates back to the Surface Pro 3.

It'd be great to see an extra USB-C port and Ryzen CPU options as well, but won't be holding my breath.
Posted by [GSV]Trig - Thu 02 Sep 2021 12:59
I'm still missing my Surface devices, I'd love another but cant justify it at the mo, a new Go would do for the offspring tho as she's currently rocking a Surface 3..