On Wednesday a mysterious and interesting 'Corsair Xenomorph' PC was tested by someone on UserBenchmark, and the system info and benchmark performance was recorded online for posterity. Twitter based BenchLeaks spotted it this morning, and Tom's Hardware has made some comment on this new PC system – which is understandable as it appears to feature an AMD Ryzen 6000 APU in Socket 'FP7', combining the charms of the Zen3+ 8C/16T processor running at 3.1GHz base and 3.9GHz boost clocks, with Navi2 graphics, fabricated on TSMC N6. Additionally, this 'Rembrandt' APU based system is seen to come packing with a single Corsair DDR5-4800 C40 SODIMM. 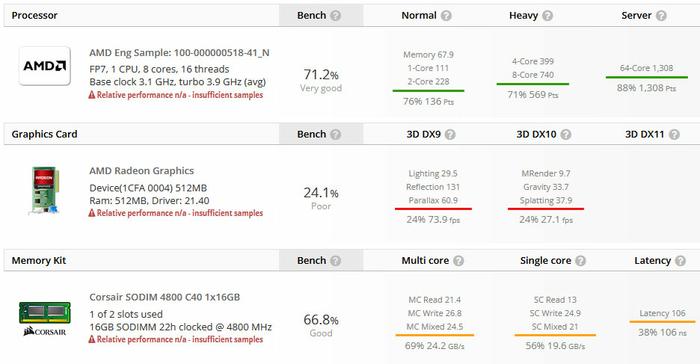 There are plenty of interesting specs above for enthusiasts to unpack, but that isn't all, UserBenchmark shines some light on the performance of the new Corsair Xenomorph PC/hybrid/laptop – whatever it might be (most likely to be a mini-PC). Of course one shouldn't read too much into a single anonymous benchmark for a processor probably months from release date, but the results appear to show octa-core CPU performance about 30 per cent behind the Intel i7-11800H, and about 18 per cent slower than the AMD Ryzen 7 5800H. Single core scores are group much more closely. 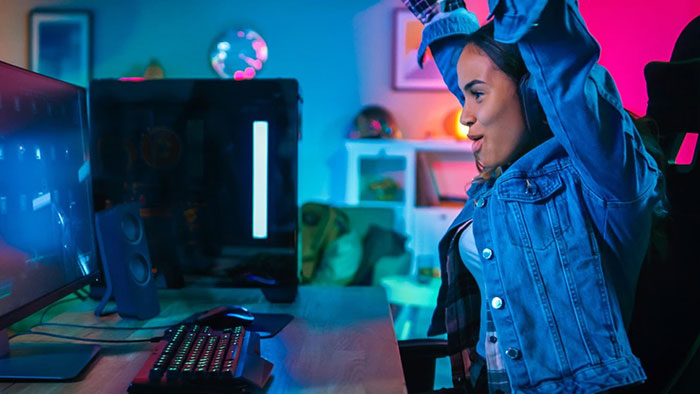 Moving along to GPU comparisons, the Rembrandt Navi2 iGPU looks like it is quite clearly superior to the Intel Xe DG1 and Nvidia GeForce MX350 in three out of four of the tests. Sadly UserBenchmark isn't as revealing with regard to GPUs as it is with other components in a PC system.

In summary, Intel's Alder Lake SKUs aren't going to be left unchallenged for long, with AMD prepping these Ryzen 6000 APUs supporting DDR5 for early 2022, and AMD officially confirming it is preparing to release a Zen 3 AM4 CPU with 3D V-Cache in the same kind of timeframe. Later in 2022, AMD will unleash its Zen 4 processors for PCs, supporting all the latest and greatest tech like DDR5 and PCIe 5.0.