Apple has announced a major update to the 27-inch iMac which will make it "the most powerful and capable iMac ever". There is indeed quite a long list of updates here with perhaps the biggest news being the choice of new 10th gen Core i5, i7 and i9 'Comet Lake' CPUs from Intel, with the i9 featuring up to 10C/20T. Meanwhile, AMD has inked its own press release about the update as the new 27-inch iMac can be configured with its Radeon Pro 5000 series GPUs for "new levels of performance and flexibility". Furthermore, the updated 27-inch iMac has improvements to maximum memory and storage capacities, the screen, speakers, HD webcam and mics. 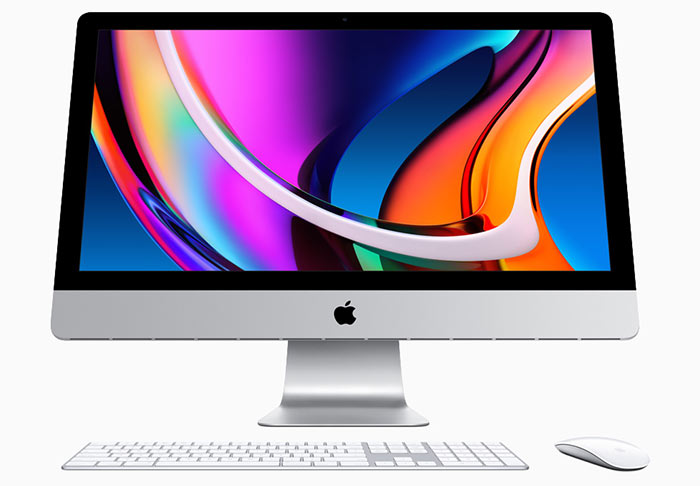 Considering the CPU upgrades available first of all, Apple has done some internal testing in content creation apps to see what benefits are delivered. It says that compared to the previous-generation 8-core 27-inch iMac, the new iMac delivers:

Remember that modern GPUs can also be very worthwhile for accelerating content creation, not just 3D games. The new 27-inch iMac with Radeon Pro 5000 series graphics and RDNA architecture is said to be up to 55 per cent faster than the previous gen model with Radeon Pro Vega 48 graphics:

The entry level configuration 27-inch iMac comes with 8GB of RAM and 256GB SSD but can be upgraded to 128GB and 8TB (all flash) respectively. This means it can offer twice the maximum memory capacity and four times the maximum storage capacity of its processor. 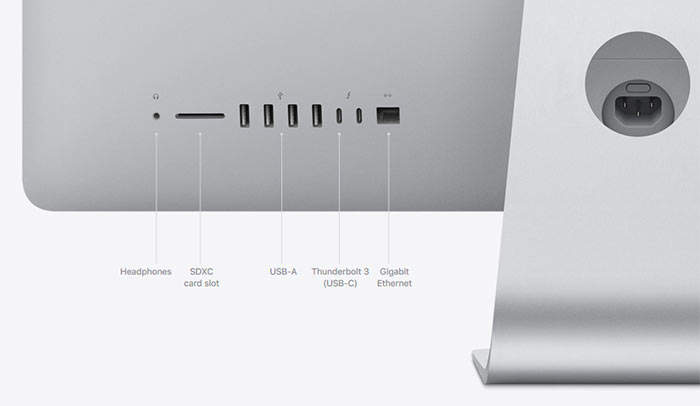 Another important update to users will be that of the Retina 5K display that now comes with True Tone and Nano-Texture options. This 27-inch screen features 14.7 million pixels, 1 billion colours, 500nits of brightness, and support for P3 wide colour. Of course the benefit of 5K is that it allows you to edit 4K at full resolution with the various screen furniture of your editing software in place. 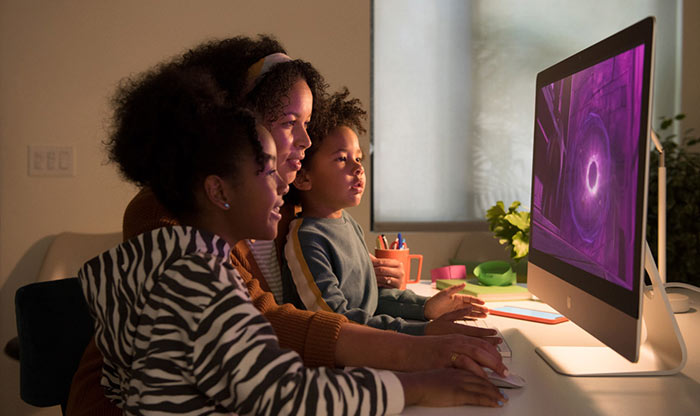 Apple explains that the nano coating beats a typical anti-reflective matte finish as the technology delivers "extremely low reflectivity and less glare while maintaining stellar image quality and contrast". Last but not least the 27-inch iMac has been enhanced by the integration of an improved HD webcam (1080p rather than 730p), higher fidelity speakers and 'studio quality' mic array.

Apple has implemented lesser updates to these PCs. Its smaller iMac now comes with SSDs as standard and can be configured with a Fusion Drive for price/capacity balance. Meanwhile the iMac Pro now comes standard with a 10-core Intel Xeon processor, with options up to an 18C/36T CPU, up to 256GB RAM, and 22TFLOPS GPU.

Schiller has been working at Apple, since 1987 and has been Apple's marketing chief for the majority of the past 30 years. Now he has become an Apple Fellow, and will continue to lead the App Store and Apple Events. The SVP of worldwide marketing post will be picked up by Greg (Joz) Joswiak, a longtime leader within Apple's Product Marketing organisation.

gagaga
They really need to update that design. It's not changed in more than 10 years.

I don't think we'll see a redesign until they release the new models with Apple CPUs in them.