You are here:
Systems Monitors News

Microsoft previewed its Surface Hub 2S, an all-in-one device built for teamwork, in September last year. Yesterday, it showcased the new devices at a special event in New York. These new systems are thinner, lighter and more powerful than ever, and thanks to modularity will be upgradable to "unlock new experiences in the future". We also learned of pricing and availability details. 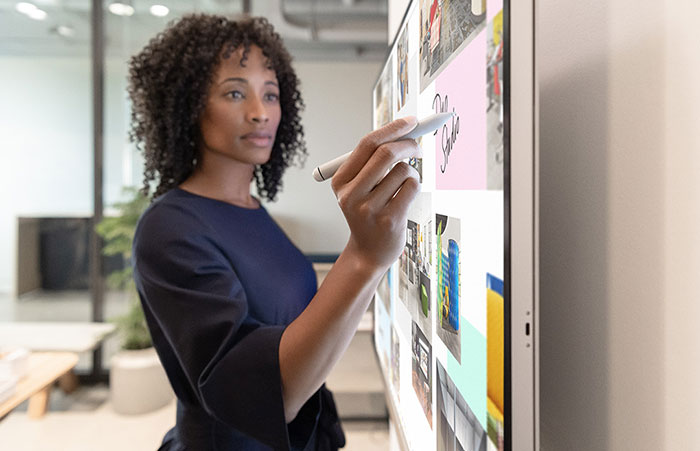 The new Microsoft Surface Hub 2S will be available in a 50-inch model first, from June this year. According to Panos Pannay, writing on the Microsoft Blog, the new device is forty percent lighter than its predecessor, with a 60 percent thinner display, sporting minimal bezels. With such a big device the slimming down makes it easier and more convenient to use it where and when you want. For even better 'mobility' you can pair this device with the Steelcase Roam Mobile Stand and APC Charge Mobile Battery - to eaily transport and share ideas in areas where AC power isn't available or easy to hook up (approx 100 minutes). 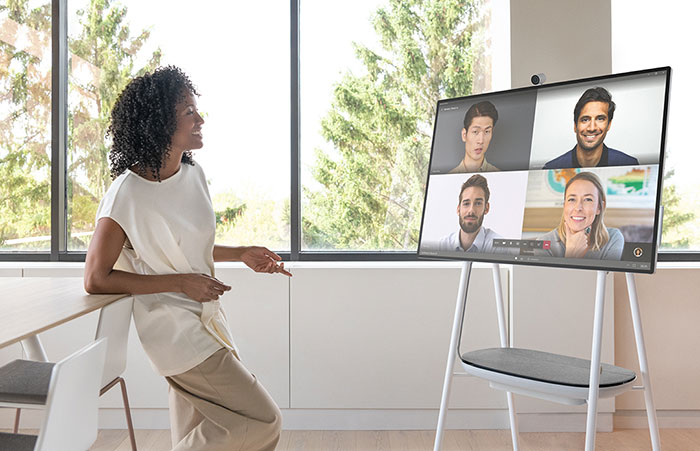 The new Surface Hub 2S 50-inch system will start to ship from June and be priced from $9,000, with the wheeled Roam Mobile Battery Stand adding $1,450 to the price. You might want to buy more than one to use the tileable display features. Pricing and availability for the larger 85-inch Surface Hub 2S has not been announced at this time (testing starts in early 2020).

The best that PC gaming has to offer.

It's so nice, nice to see a battery backed portable one, i can see that being used in popup presentations very easily.
Posted by devBunny - Fri 19 Apr 2019 19:17

“unlock new experiences in the future”

It definitely sounds like a good thing to be able to unlock new experiences in the future. Is it inappropriate to ask why they're locked? Are they worried that we'll steal the future?