HEXUS has previously covered Brain Computer Interface (BCI) development a number of times. Most recently we covered the Elon Musk Neuralink Brain Computer Interface update demo; a year earlier we looked at Brain Talker, a Brain-Computer Codec Chip; and back in 2017 we reported upon Facebook's brain-computer typing interface. Now there are further signs of the progression of works in this area and similar / related tech coming to PC gamers. 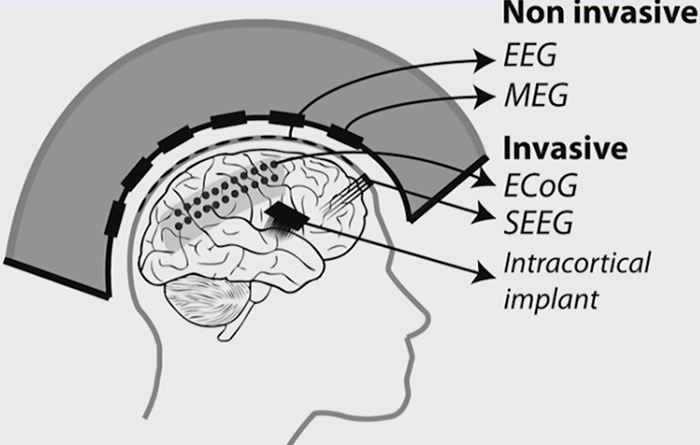 In a recent interview with New Zealand's 1-News, Valve co-founder and president, Gabe Newell, talked about BCIs and how Valve is exploring the tech for gaming and beyond. Newell admitted that the concept might sound rather like science fiction but developers ignoring the possibilities, even at this early stage, are making a "silly mistake," he opined.

Valve is currently working with BCI headsets from OpenBCI, Newell revealed, and his development teams have been refining software to make it easier for other developers to interpret and use brain signals. BCIs could be used for something as simple as sensing if a player is getting bored and tweaking game challenge levels. However, Newell hinted that he has greater ambitions for BCIs - not just for reading user brains but also for writing signals to create worlds at the limits of our imaginations. 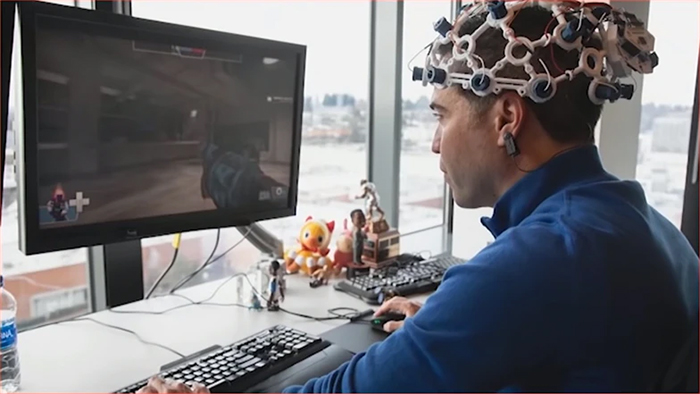 "The real world will seem flat, colourless, blurry compared to the experiences you'll be able to create in people’s brains," Newell told the interviewers. Furthermore, the potential for BCI experiences goes well beyond gaming, according to the Valve CEO. He forecasts an early application being a sleep app where you can program the BCI to deliver x many hours of slumber.

Another interesting point touched upon in the interview was the danger of BCIs. Such a powerful sensory reader/writer could be misused, hacked, and would thus need stringent safeguards in place. 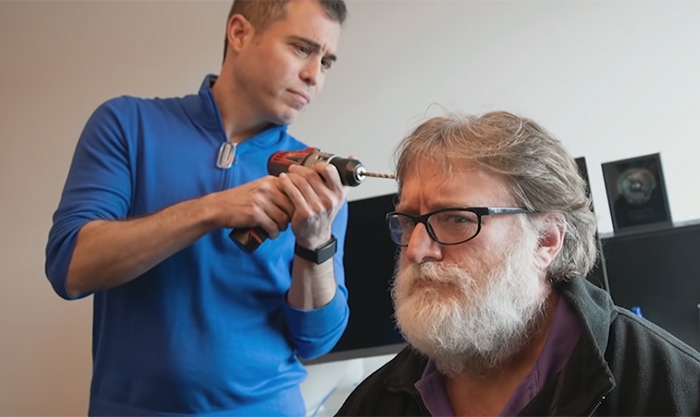 From the interview it seems like Valve is still truly in the investigatory stage with regard to this tech. The rate of developments is so fast right now that deciding to commit to a commercial solution - with the lead times involved - isn't attractive.

Posted by Scryder - Tue 26 Jan 2021 13:23
Macross Plus future here we come (controlling fighter jets with a brain interface)??? Or is it Ghost in the Shell (with the brain hacking)?

On a serious note, this has me intrigued. And if it works might help people who can't use their hands because of disabilities etc, to game/control other things. Don't think I'd want to use it though. I get enough immersion in my gaming already with my KB+Mouse/Controller and Monitor setup.

BCIs could be used for something as simple as sensing if a player is getting bored and tweaking game challenge levels.

This is the dumbest use for this! I can determine if I get bored of a game or if the difficulty is not right and adjust appropriately. Don't need someone wasting coding hours to figure this out!
Posted by cheesemp - Tue 26 Jan 2021 13:47
Great Gabe. Where is Half life 3?
Posted by philehidiot - Tue 26 Jan 2021 14:01
I think this is the second time I've mentioned the OCZ NIA. Tried and failed miserably. These things usually need significant training of both machine and user. Great if you're stuck in bed and a BCI will allow you to communicate or use artificial limbs - that's a proper goal and people will spend hours a day on such things.

It took a few years of programming and fiddling to get my implant to work properly with my nervous system. You can't take one system and do one size fits all like that. Think of all the different shapes of just a computer mouse there are out there. Different switches for keyboards. But trying these out and finding what works isn't quite as invested as training something to recognise your EEG.

The issue with such things is gamers don't usually want to spend months or more sucking at a game whilst they train this thing. And they'll probably get banned from competition because some will get a huge advantage and others won't be able to use it at all.

The training sessions for such things tend to be unrepresentative as they are done in a “quiet” environment. You thinking “KILL DEM ALLLLLL!” for shoot is going to look very different in a training session to during a game where the EEG is immersed in chaos due to near saturated inputs. This is different to the act of controlling an arm or a cursor around your house.

As for invasive stuff - NO. You do not want companies that can't even make a game not crash playing with your brains. This is a silly idea by a silly person. I've been on the receiving end of bad programming by a sloppy user. It hurts and causes really weird sensations in areas of the body totally unrelated to what is being zapped. Overstimulation can also damage nerves.

Maybe when we know enough about this stuff from medical use and have developed a one size fits all, safe approach, we could look at a commercial technology. But right now, people with about 5 degrees and a lifetime spent perfecting their craft can't get this stuff to work right without massive trial and error on every individual. Sure if they want to release a passive box to play with, fine, but I expect they'll do the same as OCZ and EOL the product in short order. But there is no way they should be allowed to release anything actively directly affecting your neurons. They aren't competent, and I'm sure they'll end up withdrawing it after the first seizure. The difference is our bodies have protective mechanisms for normal stimuli. If a mouse is made of razor blades, it hurts and we react to limit the damage. It is entirely possible to cause serious damage without knowing it using this kind of kit.

And if he thinks this will be able to induce sleep…. proof he isn't leading a company qualified to be doing this. You can't just hit your brain with something and make yourself sleep (unless it's a hammer). It's something that involves every system in your body including endocrine and neuroendocrines. And if he can make something that affects those systems on that scale, it's effectively the same as a strong prescription medication and needs to be controlled as such. Farcebook has found how to play with people's neuroendocrine systems and has no problems doing it on a massive scale.

Do you trust a company like this when their motive is “you're getting bored of the game, let's detect that normal response to something that is occupying too much of your time and fiddle with the inputs to keep the dopamine running and you playing”?

That is called directly promoting addiction.
Posted by Gentle Viking - Tue 26 Jan 2021 15:49
If it is not compatible with the Tesla chip, who care.
Posted by maxopus - Tue 26 Jan 2021 15:51
As someone with a great interest is BCI I try to test these systems as they come out. The OCZ NIA system was complete garbage, Nextmind is just as useless. We're 25 years away from something usable.