You are here:
Network Industry News

Hewlett Packard Enterprise has announced a technological breakthrough from its Photonics Research Group in Santa Barbara, California. The team has recently developed high-performance comb lasers, high-speed modulators, and photodetectors as components for next gen HPC systems. It reckons these innovations will be key for low-cost, low-latency, energy-efficient, and traffic-free data communication solutions.

Earlier this week HPE submitted a paper to the IEEE International Electron Devices Meeting (IEDM) about its most recent photonics breakthrough which it calls a 'Memristor Laser'. As a refresher, memristors are devices which store memory as a resistance value. Applying a voltage can change the resistance and that value will remain even if a device is powered off.

HPE says that its world's first discovery "perfectly marries the merits of the memristor and diode laser to allow logic signals to be generated and stored in an optical fashion and in a non-volatile manner". In essence you can change a laser's optical mode index and thus wavelength of the emitted light by applying a voltage. Thus the Memristor Laser component "opens up a new landscape to extend our prowess from optical communications to optical and neuromorphic computing and beyond." 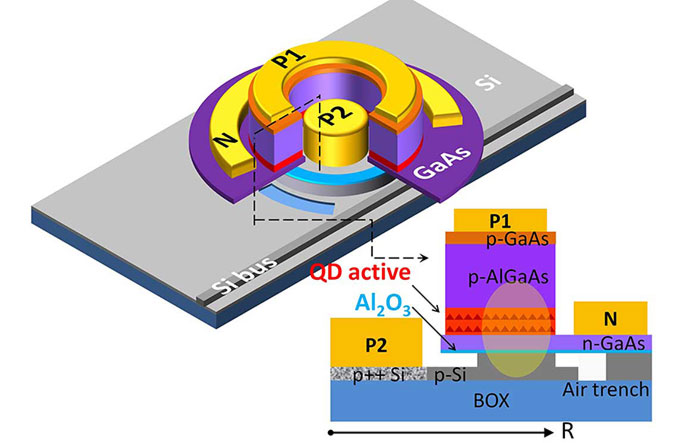 The Memristor Laser has now been added to HPE's photonics portfolio which it hopes to be able to leverage to create the first chip to combine computing, storage, and high-speed interconnect functionalities into one - "which has never been done before," according to the researchers. Such a chip will simplify HPC hardware architecture and chip designs, says HPE, and have many beneficial impacts on the HPC industry.