The Telegram messenger app made hay while the sun shined on Monday, on what was conversely a very bad day for Facebook and its properties (e.g. WhatsApp, Oculus, and Instagram). While Facebook engineers were wrangling software and servers for nearly six hours, Telegram picked up a cool 70 million new customers. 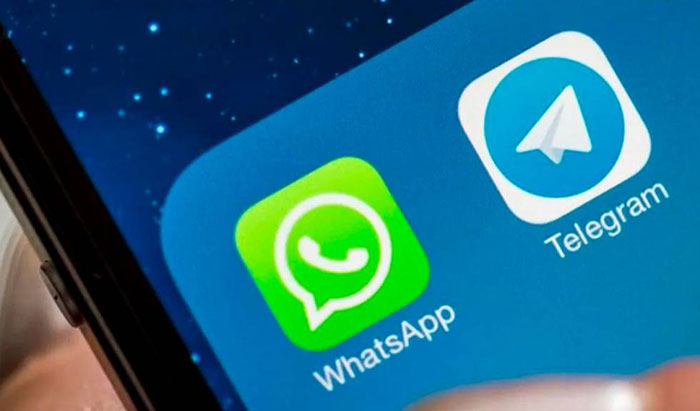 Telegram founder and chief executive Pavel Durov was obviously pleased about the misfortune of his rivals, the current owners of WhatsApp. He also talked about being proud of the Telegram infrastructure, which "continued to work flawlessly for the vast majority of our users," even as tens of millions of new accounts sparked to life.

Earlier this year, Telegram and Signal gained millions of users as an unpopular new WhatsApp privacy policy was published. This time around, timed with the Facebook outage, Signal said it added "millions of new users" – so it sounds like Signal didn't do as well out of Facebook's misfortune on Monday.

In some countries / regions WhatsApp is the default messaging and calling choice, and embedded deeply in society/commerce, so the Facebook outage was felt very strongly. In these places, perhaps you don't get many if any bundled call minutes or SMS in contracts or PAYG, and people need reliability to run their everyday lives like arranging meet-ups, pick-ups, and all sorts of essential appointments.

It has since been revealed that Facebook's backbone connection between data centres shut down during routine maintenance, causing its DNS servers to go offline and disrupt user service. That is a quick and neat explanation, but the solution wasn't so quick or simple. Facebook boss Mark Zuckerberg has apologised for the lengthy outage, too.

Many people are working on kicking the Facebook habit (and eschewing its other products) due to it being seen as prioritising profits over all else. So it looks like a great number of people took this opportunity to switch over to the well-rated Telegram / Telegram Messenger app. Telegram bosses have structured the firm as a non-profit organization and in general it is considered to be more wholesome than big-tech rivals…

In its official FAQ, Telegram claims to be more efficient than WhatsApp due to its cloud-base and seamless sync, while using less than 100MB on your device. Moreover, its API and code are open, and its multi-data centre infrastructure is claimed to be "faster and way more secure." I have this messenger app on my Android phone, and it seems pleasingly simple and light, but I have yet to use it to converse with any contacts through it (mostly using LINE and Skype at this time).

Talk about the dark side of Facebook has recently been amplified as yet another whistleblower, Frances Haugen, gave evidence to heavyweight news sources like the WSJ, CBS 60 Minutes, and most recently directly to US lawmakers (see video above). It appears to be coincidental that Facebook and all its properties went down at the start of this media storm.

In the Zuckerberg FB outage apology linked above, he also addressed the recent whistleblower statements and testimony. The Facebook CEO spent much more time refuting the whistleblower accusations than talking of the outage, and he generally characterised the claims as not making sense, inaccurate, and illogical. Additionally, he put forward initiatives where Facebook employees have worked long and hard to reduce the potential for negative experiences on FB platforms.

Given there past too, very shady, likely destroying evidence.
Posted by Gentle Viking - Wed 06 Oct 2021 21:33
Yeah Facetwitt probably ran a quick employees only fire sale.
Posted by jnutt - Thu 07 Oct 2021 00:11
Yes and probably lost most of them once the network stabilised
Posted by Darkedge - Thu 07 Oct 2021 09:49
Telegram is 100 times better than Whatscrapp. Use it or Signal instead of anything facebook tied, it makes sense from every angle unless you are too lazy to change. If you do others will, and that's good for everybody.