Qualcomm has taken the wraps off what it claims to be the "world’s most power-efficient NB2 IoT chipset". As well as offering a solution for low-power long-life applications, the component, the Qualcomm 212 LTE IoT Modem, offers significant performance improvements for this class of device, according to Qualcomm. The impressive headline claims are that the chipset requires less than one micro-amp (1uA) of sleep current, and it will thus be a good choice for "battery-powered IoT devices that need to operate for 15 years or longer in the field". 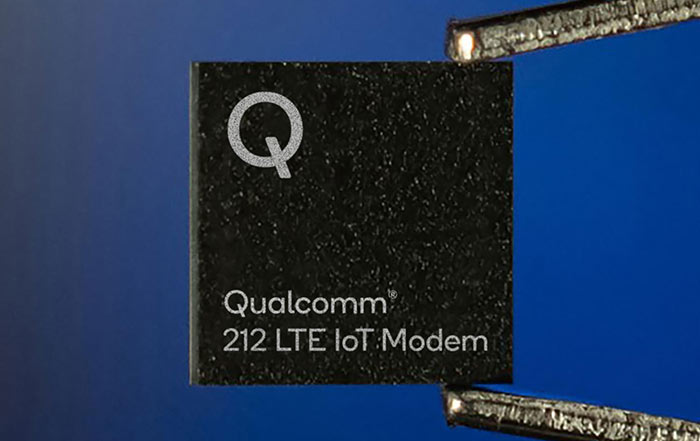 Power efficiency is a top concern for IoT devices that have to last for years away from a replenishable power source. Qualcomm's 212 LTE IoT Modem can be utilised in these situations thanks to its extremely low average power consumption. Furthermore, Qualcomm has made this device as adaptable as possible with regard to battery compatibility; enabling IoT connected end devices with power supply levels as low as 2.2 volts. Other appealing features of the Qualcomm's 212 LTE IoT Modem are claimed to be its compact form factor, and low cost. 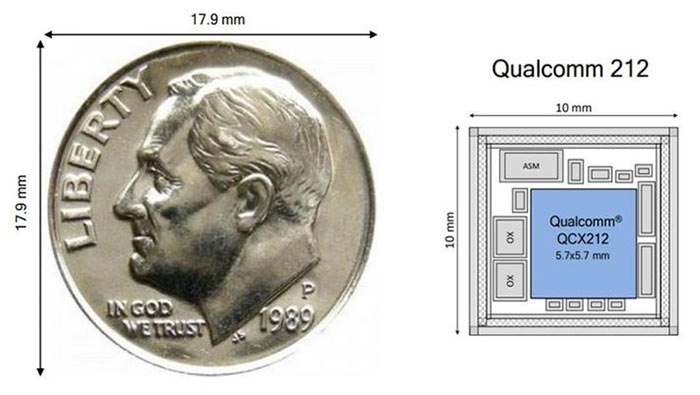 In use the Qualcomm 212 LTE IoT Modem supports single-mode 3GPP Release 14 Cat. NB2 IoT connectivity. It is expected to be an appealing solution to delay tolerant applications on RF frequency bands spanning from 700MHz to 2.1GHz.

Inside the SoC, alongside the RF transceiver with fully integrated RF front end, you will find an integrated Arm Cortex M3 application processor, memory and modem baseband with a native set of IoT data networking protocols. Qualcomm is also launching an SDK for use with the Qualcomm 212 LTE IoT Modem to enable custom software to run on the Arm Cortex M3 and it is expected to support cloud platforms like the Microsoft Azure IoT SDK. 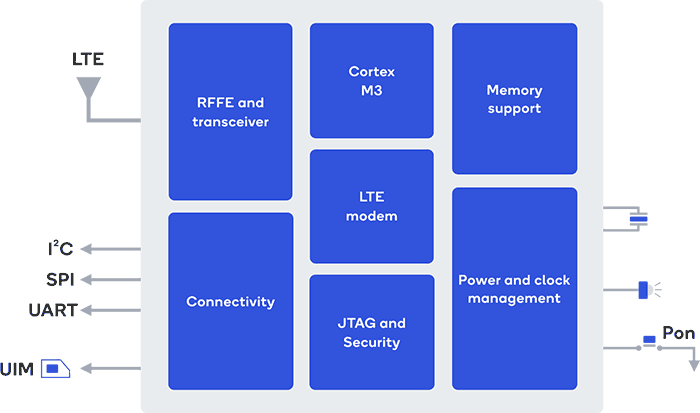 Several companies (like AT&T, Deutsche Telecom, and Gemalto) provided testimonials for the new low power IoT modem with details of how it would apply to their network businesses. Microsoft added that it sees the new modem as an innovative product that can help connect the intelligent edge and intelligent cloud in industries as diverse as Energy, Transportation, or Smart Cities. Roanne Sones, a CVP at Microsoft explained that users could utilise these Qualcomm 212 LTE IoT chipsets as a critical part of telemetry, tracking and other edge solutions with long battery life "while also leveraging our Azure IOT platform and hyper-scale cloud infrastructure".

Posted by philehidiot - Fri 17 Apr 2020 15:39
I can believe that these will last that long. I use small battery powered devices with ~7-15uA current draw and we're projecting ~15 years out of them.
Posted by six_tymes - Sat 18 Apr 2020 12:23
sounds to be impressive
Posted by ik9000 - Sat 18 Apr 2020 14:41
Oh great I don't want this. I don't want embedded chips with their own ability to phone home. It should be my choice if I want my white goods to talk to anything, not the manufacturer's ability to see how and when I use them - or to bork the firmware when they think they want me to have to buy another.

ik9000
Oh great I don't want this. I don't want embedded chips with their own ability to phone home. It should be my choice if I want my white goods to talk to anything, not the manufacturer's ability to see how and when I use them - or to bork the firmware when they think they want me to have to buy another.

philehidiot
You missed out “where” from your “how and when” bit….

you're not wrong. Even more worrying when you think about it.