Qualcomm announced the Snapdragon 888 with integrated 5G last December, and has used the current MWC Barcelona 2021 event as a platform to introduce a revamped version of this processor called the Snapdragon 888 Plus. Since this is a 'Plus' version, you would be right to expect small to moderate changes. Basically, the SD888 Plus is a speed binned version of its predecessor, with a new 6th gen AI engine integrated within the SoC. 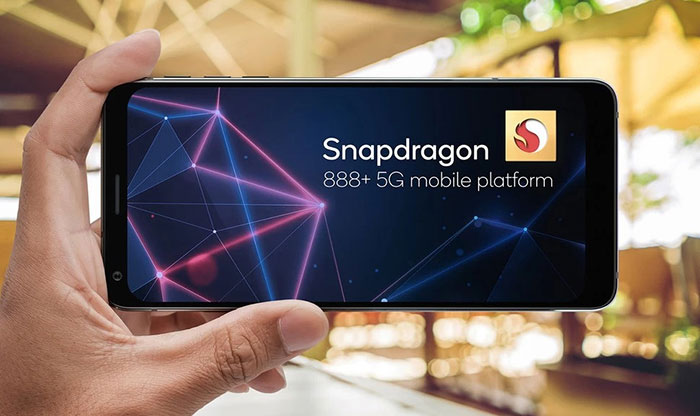 Central to the SD888 Plus's headlining extra performance is its slightly faster octa-core CPU configuration. The core config mixes one Cortex-X1 core at 3GHz, with 3x Cortex-A78 cores at up to 2.4GHz, and 4x Cortex-A55 cores at up to 1.8GHz. Sounds good – but the only change compared with the older SD888 is a speed bump to 3GHz for the Cortex-X1, which ran at a maximum of 2.84GHz in the older processor. So, the top speed of the fastest/biggest core is about 5 per cent faster than its SD888 predecessor, which is not very much to get excited about.

Moving onto the next notable change in the SD888 to SD888 Plus design, the newer processor comes with Qualcomm's 6th gen Artificial Intelligence (AI) Engine. This is claimed to increase the on-device AI performance from 26 TOPS to 32 TOPS. Qualcomm reckons this is an important change (it is about 23 per cent faster) which will deliver better "AI-enhanced gameplay, streaming, photography, and more".

On the topic of gameplay, one of the most important things for accelerating games hasn't changed in this revision – the SD888 Plus packs the same Adreno 660 running at a max 840MHz. This is helped along, as before, by a "full arsenal of Snapdragon Elite Gaming features," like Game Quick Touch (input latency reduction), VRS, and NLP voice command processing. 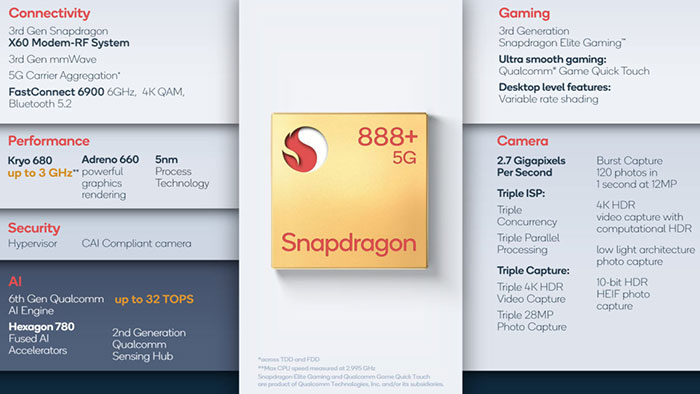 Qualcomm has already lined up a number of device manufacturers, who are champing at the bit to release new/upgraded devices with the SD888 Plus inside. The Qualcomm news blog mentions that specific partners will be Asus with its ROG Phone series, Honor with its upcoming Magic3 series flagship, Motorola, Vivo, and Xiaomi. Updated devices will start to become available in Q3 2021 (almost there).