Want the best graphics card that money can buy? Look no further than GeForce RTX 3090. Nvidia's Ampere flagship is the standard bearer for extreme PC gaming, and naturally serves as the go-to destination for enthusiasts willing to spend top dollar.

That's music to the ears of add-in-board partners, and as expected all the key players are out in force with custom RTX 3090s of their own. Boards from Gigabyte and Asus have already been put through the wringer, so today let us turn our attention to the last of the big three by taking a closer look at MSI's £1,680 Gaming X Trio. 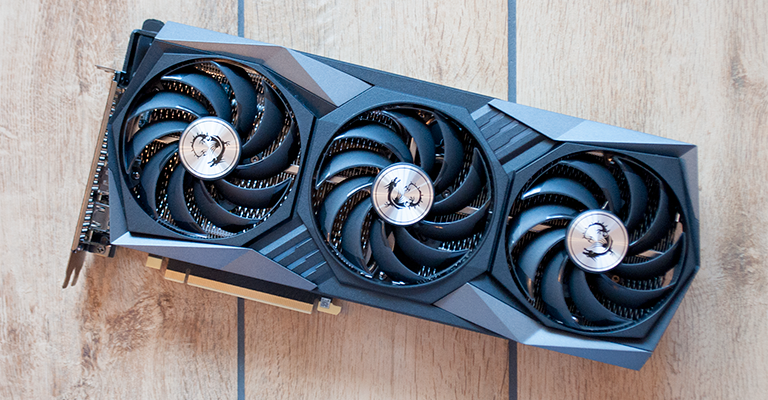 Look familiar? Yep, it should come as no surprise to find that MSI and most other partners are keeping continuity between RTX 3080 and 3090 variants by repurposing the same cooling configuration. In the case of the Gaming X Trio that's no bad thing as the hulking cooler's admirable performance on a 340W RTX 3080 suggests that the 370W RTX 3090 will pose no problem with regards to temperature and acoustics.

Dimensions go unchanged at 323mm x 140mm x 56mm, and the triple-slot behemoth tips the scales at just over 1.5kg. It's a monster alright, yet MSI's black-and-grey colour scheme fits neatly with most builds and build quality is rock-solid throughout. If there's a criticism it's that the light bar across the top of the card needs a greater spread of LEDs. As it stands the six illumination points are clearly visible, resulting in uneven lighting that falls short of expectations on a GPU of this ilk. 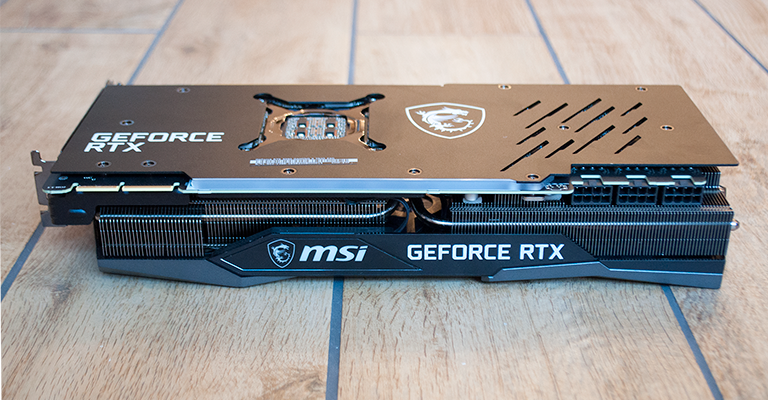 Partner cards tend not to be as elegant as Nvidia's own Founders Edition, but what they lack in finesse they make up for with sheer exuberance. Gaming X Trio touts three fans that run quietly at all times and switch off at low loads, the full-size aluminium heatsink covers the entire board, the metal backplate is lined with a couple of extra heatpipes for good measure, MSI's custom PCB is outfitted with thermal pads on key components, and there's a metal support bracket included in the bundle to help guard against any unwanted sag.

The more-of-everything theme extends right throughout the card. The company logo across the top edge is RGB backlit, as are the slithers of pattern either side of the central fan, SLI headers are at hand for those brave enough to contemplate dual RTX 3090s, and power is sourced via three eight-pin connectors. We prefer not to have to add more cables, but Gaming X Trio is all about going the extra yard, and as expected the GPU is factory overclocked right out of the box. 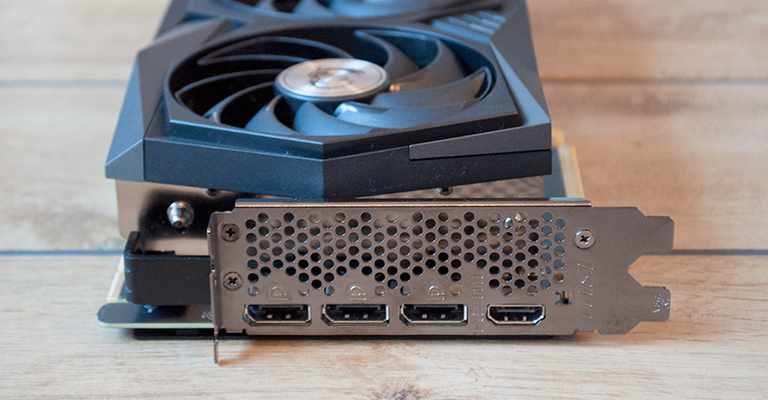 MSI bumps the boost frequency up from 1,695MHz to 1,785MHz - the highest we've tested to date - and that extra bit of headroom is reflected in our benchmarks, where the Gaming X Trio typically makes its way to the top of the charts. There's no overclock on memory, but you could argue there's no need. RTX 3090 is hardly lacking in the specification department, with 10,496 shaders, 328 tensor cores, 82 RT cores and a huge 24GB of GDDR6X memory humming along at 19.5Gbps.

There's nothing else like it, and the GPU's credentials are such that best-ever rasterisation performance is but one part of its overall appeal. RTX 3090 also delivers the best ray-tracing results we've seen to date, and if you rely on your GPU for tasks outside of gaming, the Ampere architecture allied to such a vast pool of memory delivers stunning results in general-purpose workloads and creative applications. 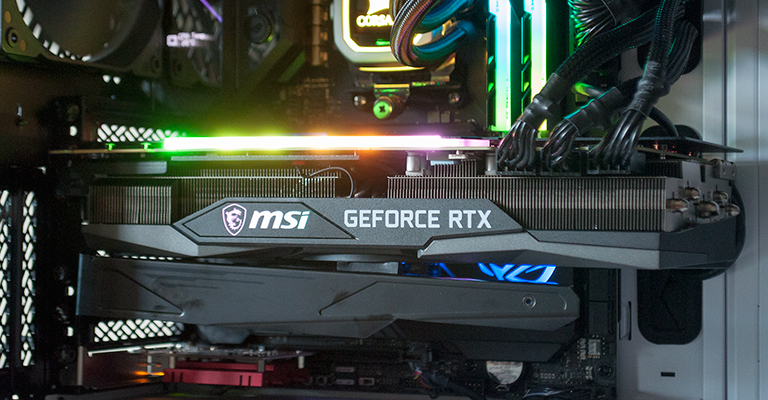 This could be viewed as the ultimate card for both gaming and rendering, but as always the decision-making process isn't as clear cut as that. Though there's no denying that RTX 3090 is top dog - it's up to 15 per cent faster than RTX 3080 in most of our gaming benchmarks - that supremacy is reflected in a pant-wetting £1,680 price tag for the Gaming X Trio model. You need extremely deep pockets to justify paying such a fee when the Founders Edition is listed at £1,399, while those want wanting to spend their money a little more judiciously will struggle to look past the £699 RTX 3080.

Value isn't a strong suit, however pricing at this end of the market is a minor concern. The pressing issue for enthusiasts who are champing at the bit is that stock has proven hard to come by in the weeks following launch. No major retailer has any Ampere cards available to purchase at the time of writing, and unless you're willing to pay over the odds on Ebay, who knows how long you'll be waiting to get your hands on MSI's RTX 3090. In the meantime, put your feet up while we roll the benchmarks.