AMD and Valve are reportedly working closely on "CPU frequency/power scaling improvements," with a view to delivering optimisations for the Steam Deck. The work will also be of benefit to gamers using modern AMD platforms running Linux on their PCs. In separate but related news, the latest Steam Hardware Survey data reveals that Linux users now make up one per cent of the Steam user base.

Linux-centric site Phoronix writes that "It's no secret that the ACPI CPUFreq driver code has at times been less than ideal on recent AMD processors." It adds that users have been irked by slower than expected performance / responsiveness and laggardly switching of performance states – causing some to switch off AMD's power management functionality outright. A recent hiring spree by AMD seeks to address the above, and there are said to be efforts being made to refine AMD's performance around the Linux scheduler.

It is clear to observe that Valve has become a much closer AMD business partner now it has announced the Steam Deck (Steam Machine specs were much looser). Valve's well-defined commercial relationship seems to be paying dividends, with AMD's focus on issues it might be facing with AMD hardware.

As a reminder, the Steam Deck uses a custom AMD SoC that mixes Zen 2 CPU cores and RDNA 2 graphics cores. Its CPU is accompanied by 16GB of LPDDR5 RAM, and the 7-inch 800p touchscreen system is supported by a user-choice of 64, 256, or 512GB of flash storage (plus microSD card expandability). The SteamOS installed on every Steam Deck comes with a complete new UI, but is based upon Linux, which in turn leverages Steam Play (Proton / Wine) to play all your PC games on this portable. Valve says that it reckons the entire Steam library should play on this system at 30fps or better. A 'console experience' requires a certain level of games performance assurance, and it seems to be currently working hard on getting that experience ready for hardware availability. 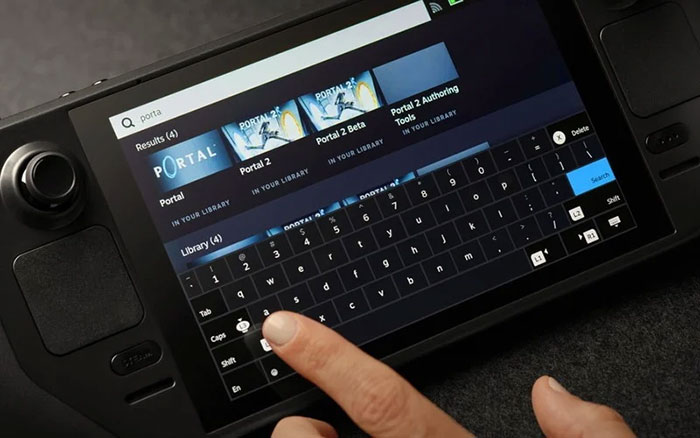 AMD is expected to share more on its Linux CPU driver efforts at the XDC event in September. It is hoped we will hear news about AMD graphics optimisations for Linux too.

excalibur1814
The marketing is STRONG with this item. Think twice. It'll be on eBay within a few months for a LOT less!

Don't think it's being over marketed at all, they've been quite pragmatic with the marketing and we already have examples like it (Aya Neo, etc) that we can make comparators against the likelihood of their claims being realistic.
Posted by Corky34 - Tue 03 Aug 2021 18:11

CAT-THE-FIFTH
Ooh! This is interesting - so hopefully better Zen2 performance under Linux?

I think it maybe better power saving, don't most Linux distro's use the performance governor when they detect a Zen CPU.
Posted by CAT-THE-FIFTH - Tue 03 Aug 2021 18:31

Corky34
I think it maybe better power saving, don't most Linux distro's use the performance governor when they detect a Zen CPU.

Well I have a SFF PC,so that is not a bad thing!