You are here:
Systems Enterprise News

Nvidia has published a new blog post about the soon-to-be operating Cambridge-1 AI supercomputer. Yes, it is being installed at a facility in the UK, at the Kao Data data centre, but it isn't in Cambridge, it is 40 miles south in Harlow. Nevertheless, this location was chosen for its proximity to the cluster of life science tech companies in the vicinity of Cambridge. 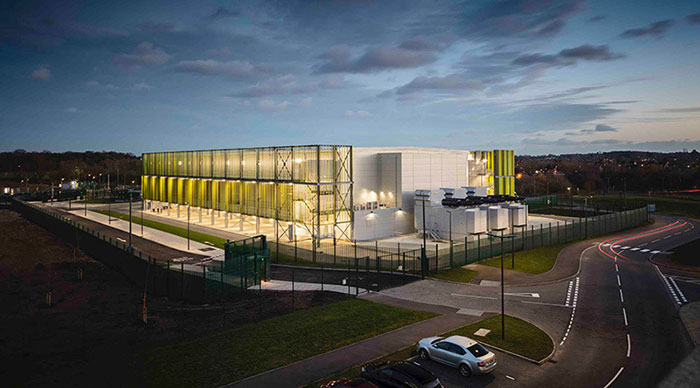 As touched upon above, the Cambridge-1 AI supercomputer will be largely tasked with simulations and problems that healthcare researchers are interested in solving. In the coming months it is expected to be running through programs designed by scientists from the likes of AstraZeneca, GSK, Guy’s and St Thomas’ NHS Foundation Trust, King’s College London, and Oxford Nanopore. These companies and institutions have already announced their intent to use the Cambridge-1, but I'm sure others will follow.

AI computing when applied to medicine is thought to be particularly adept at spotting patterns that can improve the detection, diagnosis and treatment of diseases. In recent times some branches of medicine have become increasingly data driven (like radiology and pathology) and are very receptive to advancing with extra computational power.

The Cambridge-1 will utilize the Nvidia DGX SuperPOD architecture for a whopping 400 petaflops of AI performance, and 8 petaflops of Linpack performance. Specifically, the Cambridge-1 will be powered by 80 Nvidia DGX A100 systems and connected with Nvidia Mellanox InfiniBand networking. It is expected to be the UK's most powerful supercomputer, enter the Top500 supercomputers list (at the current time it would be positioned at approx number 30), and be one of the most efficient supercomputers in the world (probably top 3, or position 3 in the Green500 list). On the topic of green credentials, another interesting nugget about the Cambridge-1 is that it will be running using 100 per cent renewable energy at Kao Data.

More information about Cambridge-1 is promised for GTC 2021 (starts 12th April). This UK-based supercomputer will be up and running "in the coming months".

ik9000
could they stick it on that for a month or two to recoup the build costs?

Having such a powerful supercomputer enabling people to play cryptokitties would say a lot about the modern age I think :)
Posted by kalniel - Thu 04 Mar 2021 09:03

lumireleon
Calling it most powerful supercomputer yet its GPU only is pretty MISLEADING.

Please do give us the official definition of a (super) computer then and why this doesn't meet it?