SK hynix has updated its newsroom content with a technical blog about the attractions of DDR5. The blog contains a number of interesting points and illustrations making the advances of DDR5 and its appeal very clear. Moreover, SK hynix says that DDR5 will be available "in the near future," and backs that up by announcing mass-production of its DDR5 memory chips "this year". HEXUS has reported previously on the road to DDR5, as the next DRAM standard, including a piece on SK hynix's first DDR5 chips published in Feb 2019. 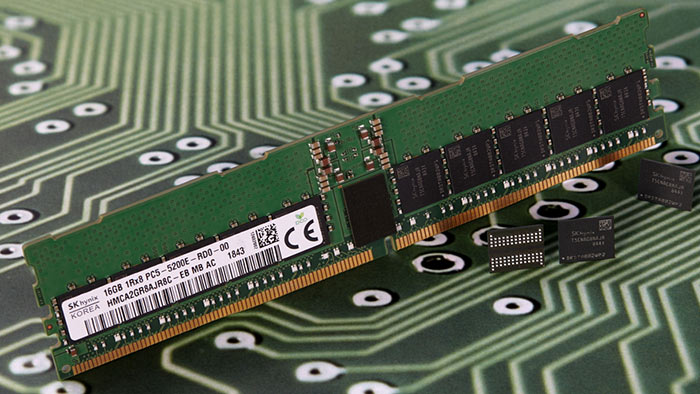 A well established trend in recent years is of computers typically packing in more CPU cores. That pace of the change has been rather dramatic and so too has the demand on memory bandwidth to make an efficient system. In 2013 we witnessed a big transition from DDR3 to DDR4 which delivered a DIMM bandwidth increase of approx a third. In developing DDR5 SK hynix has aimed for a more than doubling of bandwidth per DIMM, aiming for over 4,800Mbps. 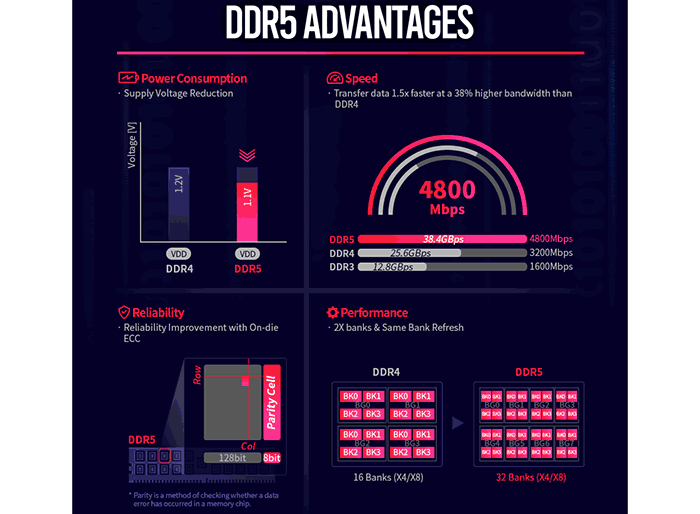 In addition to extra bandwidth, SK hynix says it has endeavoured to increase performance, capacity, and power and cost efficiency beyond the capabilities of DDR4 - plus offer greater reliability with on-die ECC. It has adopted the following features to realise this goal: 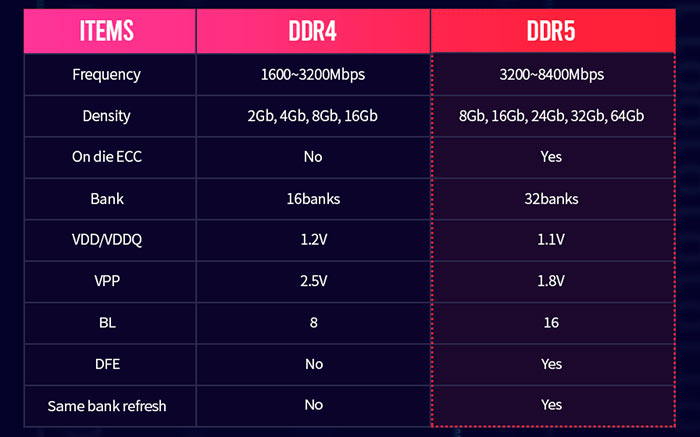 As you can see from the DDR5 specs highlighted and compared above, SK hynix indicates that JEDEC speeds for modules will reach DDR5-8400.

According to market researchers quoted by SK hynix, DDR5's adoption starting from 2020 will rise to account for 22 per cent of the total DRAM market as soon as 2021. SK hynix intends to deliver ultra-high-speed, high-capacity memory from the outset, starting with its 10nm-class 16Gb DDR5 chips.

Ok thanks for the correction, only thing is the consoles use it for the whole system not just graphics.

So i'm guessing the PC accesses the CPU mostly so DDR5 is lower bandwidth tighter timing more efficient for CPU access whereas GDDR6 is high bandwidth loose timing better for GPU i guess.

Just found this explanation it was quite helpful.