These LPDDR4 chips are targeting mobile devices like phones, tablets and laptops. SK hynix confusing calls the new process '1anm', which is an abbreviation for the 4th gen 10nm process – where the first, second, and third gen were dubbed 1xnm, 1ynm, and 1znm, respectively. 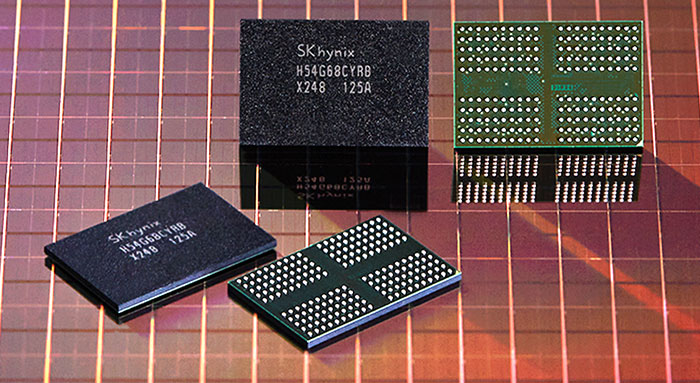 I touched upon the benefits of using EUV (Extreme Ultraviolet) lithography technology in DRAM production in the intro, and SK hynix highlights the following benefits, which I've bullet pointed for clarity.

Thankfully, the story doesn't end there, as SK hynix states its intention to apply its 1anm technology to the manufacture of DDR5 products starting early in 2022. In the bullet points above, the production efficiency benefits are clear and SK hynix reckons this will aid its profitability, and this stat bodes well for fulfilling demand to the hungry IT market too.

The first SK hynix 4th gen 10nm 8Gb LPPDR4 DRAM chips, from the EUV process, will be in the hands of smartphone and other portable device makers starting from H2 this year.

Samsung started using EUV for DRAM production over a year ago, and Micron plans to do so from 2024.