Apple has announced a major overhaul of its iMacs, a new unibody white MacBook, and updated Mac minis for its holiday line-up. The Cupertino company also unveiled a new wireless multitouch mouse featuring a completely touch-sensitive top side.

The company refreshed its line of iMacs yesterday with additional two screen sizes: a 21.5-inch and 27-inch model. They both feature a new LED-backlit displays with a 16:9 widescreen aspect ratio. 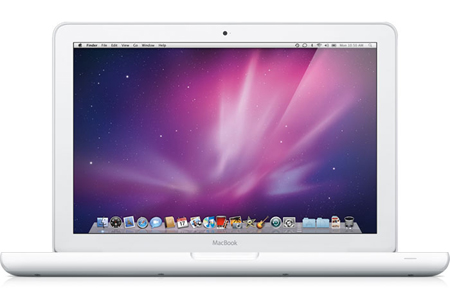 Apple says the new battery lasts up to seven hours on a single charge.

Tuesday's announcement included the successor to the Mighty Mouse, dubbed the Magic Mouse. Apple reckons the wireless device is the first-ever multitouch mouse on the market.

'Any sufficiently advanced mouse is indistinguishable from magic.'

The entire top of the Magic Mouse is one seamless multitouch surface. Apple said the technology lets users navigate with "intuitive gestures" rather than mechanical buttons, scroll wheels, or scroll balls.

The mouse can be configured as either a single-button or two-button mouse, according to the user's preference, Apple said. It comes with the new iMac, and it's priced for standalone purchase at $70 (£55).

b0redom
I seem to remember that this is because of BluRay licensing issues?

Thats bull because they export to Blu-Ray in their Final Cut Studio program. So they would have to have some kind of license to be able to do that.