Facebook acquired Oculus back in 2014 in a $2bn cash and stocks deal. The move wasn't warmly received by HEXUS readers who were/are VR enthusiasts. Even back in 2014, before the Cambridge Analytica weaponised data scandal, Facebook had a reputation for selling personal data and so on. In 2020 many have already followed the recurring #DeleteFacebook trends, and dumped the social network.

A few hours ago Oculus made an announcement that it had some important updates to how people log into Oculus devices. The company seemed to half heartedly try and spin this as a positive account merging story while knowing it would be frowned upon by its VR-base. In the first paragraph of the press release, after the intro and bullet points, Oculus mostly tackles anticipated complaints and confusion from users. Most of the blog post content is from this angle.

In the second paragraph Oculus cheers the benefit of "Giving people a single way to log into Oculus—using their Facebook account and password— will make it easier to find, connect, and play with friends in VR". It asserts that 'social VR' is going to be a growth area as it offers "so much more" and it will make possible the integration of "many of the features people know and love on Facebook".

So, what are the practicalities of this planned account merger? It depends whether you already have an Oculus account or not. The official bullet points regarding the change are as follows:

All future unreleased Oculus devices will require a Facebook account. Additionally, the Oculus Code of Conduct will be replaced by the Facebook Community Standards, as well as a new additional VR-focused policy. After the merge, new Facebook privacy and safety tools will come to Oculus users straight away. You will be able to choose what information about your VR activity you post to your Facebook profile or timeline. Another option is to keep your Facebook and VR friends separate, even after you have merged accounts. 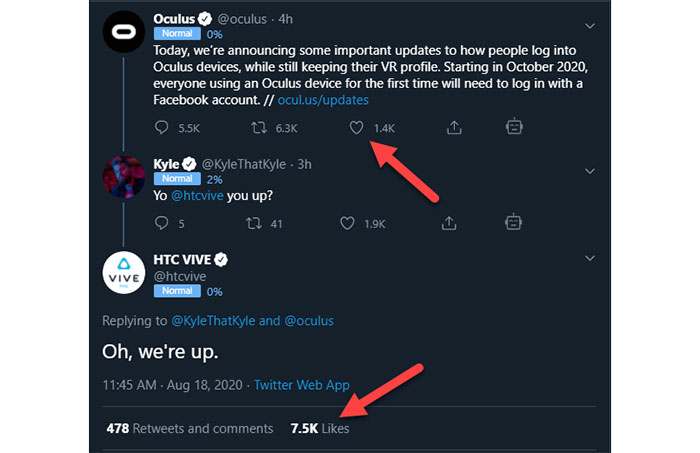 Jonj1611
I like Oculus having had it before and was looking to get a new version, I don't have Facebook and I never ever ever ever will. So won't be buying Oculus again unfortunately.

Tunnah
I don't get why people care. You don't actually need to use facebook. It's not like they're saying you need to sign in and fill out all the bits and bobs of it.

They don't need you to fill out anything, because they will use the account to track everything you do anywhere on the internet. And they are constantly trying to worm their way around anti-tracking mechanisms.