HP is the latest PC maker to launch an Intel Evo certified slim and light laptop. This one is a flexible touch screen equipped portable, as part of the firm's x360 line. The new HP Spectre x360 14 is said to offer "the viewability of a 15-inch device with the mobility of a 13.5-inch form factor." (Note: the HP Spectre x360 14 has a 13.5-inch screen). Of course, as an Evo certified device it is powered by the latest 11th Gen Intel Core processors with Iris Xe graphics, and delivers appealing Evo standard features like fast connectivity and extended battery life. 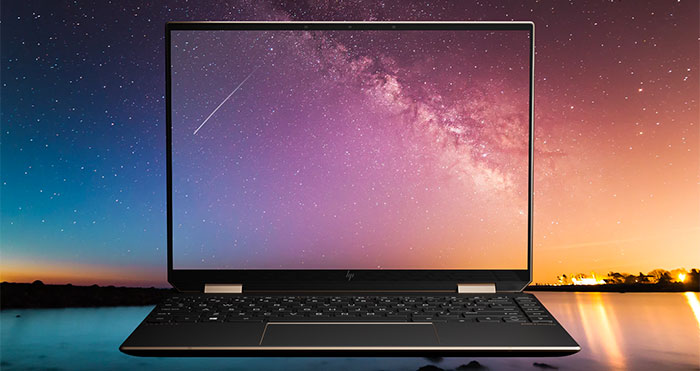 The US PC and printer making giant gives several column inches to the design of the HP Spectre x360 14. It is indeed nicely designed, featuring gem-cut and dual chamfer aluminium with a choice of base colours and contrasting accents. Perhaps it looks even better when opened up with its minimal bezel screen, more accented bevelled edges on show, and the understated keyboard deck. On the topic of the keyboard, this is the debut of HP's new "all-in-one keyboard" that includes a power switch, a camera shutter, an HP Command Centre button, a mute mic button, as well as a fingerprint reader. HP also says the keyswitches are made from a natural, renewable material. 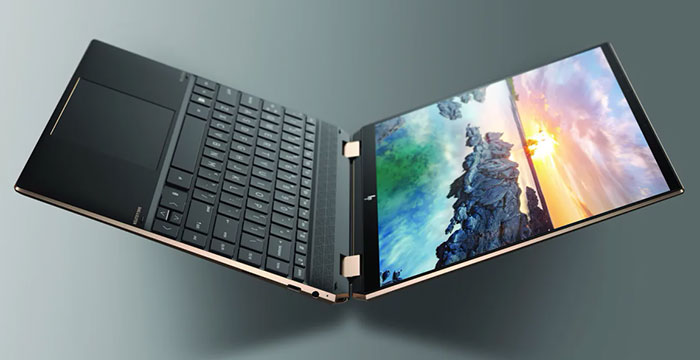 Like Dell, it seems that HP is trending away from wide screen formats. This is the first Spectre x360 with a 3:2 display, which makes for roughly 20 per cent more vertical viewing space than a 16:9 ratio would. HP reckons this aspect ratio is better suited for browsing, reading, and editing content and closer to the common-or-garden A4 sheet of paper. This, combined with the touch screen, make it ideal for writing, signing documents, or sketching ideas out digitally, asserts HP. Another interesting feature is the HP Focus Mode where background apps are dimmed. Meanwhile, Auto Colour changes the panel colour space settings dependent upon what app is in use. 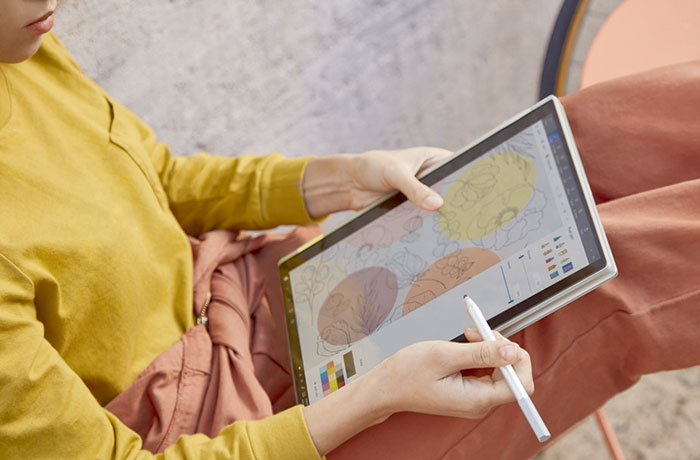 As standard buyers get a 90.33 per cent screen-to-body ratio (STBR) and 100 per cent colour calibration with a Delta E of less than two for accurate, lifelike colours. HP goes even further by offering an OLED panel option, with a 1,000,000:1 contrast ratio6 and a 100 per cent DCI-P3 wide colour gamut.

Inside you have a choice of the latest 11th Gen Intel Core processors. This delivers an inter-generational uplift of approx 34 per cent in general computing and up to 79 per cent in GPU accelerated tasks, says HP. As mentioned in the intro, there are pleanty of other benefits to using Intel Evo certified components, and to recap these are; faster connection speeds with Wi-Fi 6 and Bluetooth 5.0 support, Thunderbolt 4 connectivity, and up to 17 hour of battery life.

In addition to the new 14-inch HP Spectre x360, the HP Spectre x360 13, the ENVY x360 13 and the ENVY 13 have all received the Intel Evo treatment with 11th gen Core processors and so on. For US pricing and availability, please check below. I don't have UK pricing / availability at the time of writing.

will19565
I hope that not all laptops go to 3:2 displays as they are crappy to watch video on, personally, I think 16:10 displays are better

A widescreen in the same chassis won't be any larger, and will be considerably worse for every other laptop use
Posted by gagaga - Mon 05 Oct 2020 11:42

will19565
I hope that not all laptops go to 3:2 displays as they are crappy to watch video on, personally, I think 16:10 displays are better

A widescreen in the same chassis won't be any larger, and will be considerably worse for every other laptop use

Exactly. This is just killing those massive bezel chins.