Gigabyte surprise-released the new Aorus 17 gaming laptop at Gamescom this weekend. The new flagship laptop has a trio of claimed 'firsts', making it rather newsworthy. According to Gigabyte this is; the world's first laptop with Omron mechanical key switches, the world's first Microsoft Azure AI notebook, and the world's only "all Intel inside" laptop. I think at least a couple of those firsts need some explanation. 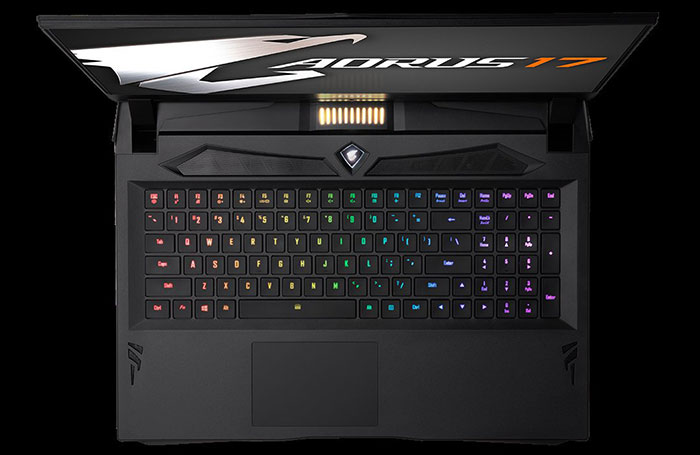 PC enthusiasts probably know Omron well, as it is the maker of premium mouse switches in productivity and gaming mice from the likes of Corsair, Acer, HyperX, Thermaltake, Cooler Master, Razer and more. As per the intro, the Aorus 17 makes use of Omron's Japanese made mechanical key switches.

These keys have several attractive qualities as follows 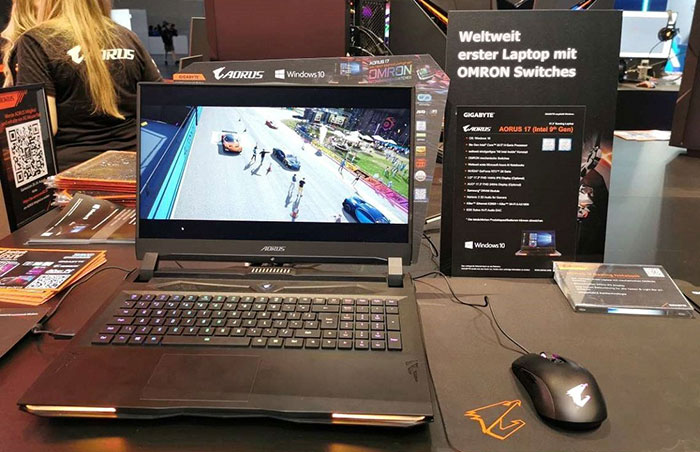 Microsoft Azure AI for gaming has been mentioned before in the HEXUS news pages. It was a highlighted feature of the Gigabyte Aero 15-X9 and -Y9 laptops with RTX graphics which were announced during CES 2019. To recap, Azure AI is said to dynamically set the best CPU and GPU wattage setting for optimal gaming performance on a per-game basis.

Another thing that might need clearing up is the peculiar sounding "world's first and only all Intel inside" claim. Gigabyte suggests that the combination of Intel CPU, Intel SSD, Intel Killer Wi-Fi and Thunderbolt 3 interface qualify this laptop for this claim. Of course there are lots of key components not made by Intel, such as the (Nvidia) GPU, (Samsung) RAM, (ESS) Sabre audio, (AUO) display panel etc etc. 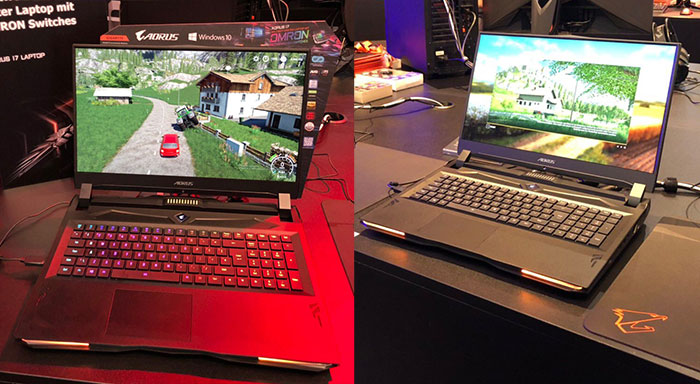 Key specs of the new Aorus 17 are:

Also worth mentioning is the Windforce Infinity cooling system in the laptop. It leverages twin 12V 51-blade fans and an additional "gigantic laptop base fan" with large area air mesh, as well as Gigabyte's super heat conductor (vapour chamber).

For related review content, earlier this year HEXUS reviewed the Aorus 15 gaming laptop with a Core i7-8750H processor and Nvidia GeForce RTX 2060 6GB graphics against a wide range of competitors.

I don't have pricing information for the Aorus 17 at the time of writing but it will become available during September in various pre-built configurations.

Posted by Friesiansam - Wed 28 Aug 2019 15:45
The Omron Blue Switches seem short lived, compared to the claimed endurance of Cherry and Razer switches.
Posted by Tunnah - Wed 28 Aug 2019 19:03
Personally I can't wait for Ryzen-inside gamer laptops.6c/12t power-efficient CPUs in a 17" chassis. Wouldn't particularly need the power-hungry X570 either, or at least have it in a configuration that is majorly stripped down so as to reduce functions to try and keep the temps in check.

Get a RTX 2070 SUPER in there (or nvidia bring out a 1670!) in there, and a G-Sync capable 1440p high-refresh rate screen ? Oh baby I'm getting myself all in a fluster just thinking about it.