About a week ago HEXUS reported upon the release of the Nvidia GeForce 470.05 driver which accidentally allowed owners of the RTX 3060 12GB to run the GPU at its full hash rate in ETH mining software. It was pretty quickly noticed that the crypto-mining limited bypass driver would only work its magic on a single RTX 3060 card in a system. This drew a nice line under the gaffe, as it seemed to allow owners of the GPU in everyday PCs to work and play on their PCs and earn some coin in their spare time.

Of course the above would not be the end of the story for attempts to bypass the RTX 3060 crypto perf nerf, but a full multi-GPU solution seems to have been confirmed very shortly after our report, as documented in Korean discussion forum Quasar Zone last week. 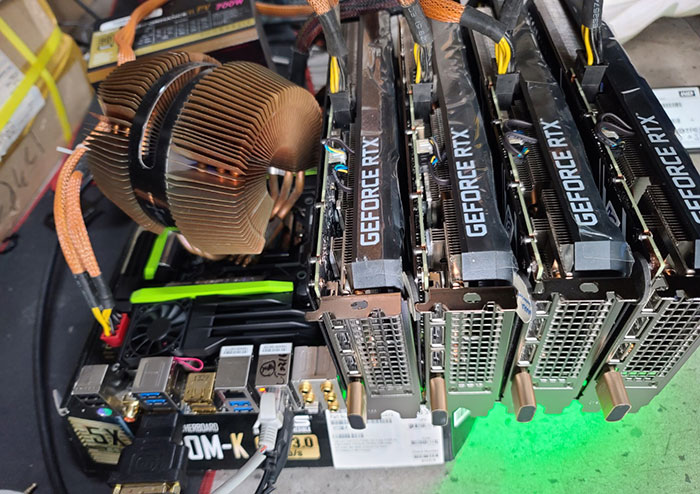 A forum user shared images and details of a surprisingly simple way to set up a 4-way RTX 3060 system for mining ETH. Using the Nvidia GeForce 470.05 driver, a quartet of RTX 3060 cards, and a cheap system based upon an Intel Pentium G3220 with 700W PSU the user fully enabled with 'mining rig' by popping an HDMI dummy plug into each discrete GPU. Setup and monitoring was done via iGPU HDMI output. Graphics cards from Galax, Inno3D and Palit have all been successfully tested by the Quasar Zone member. 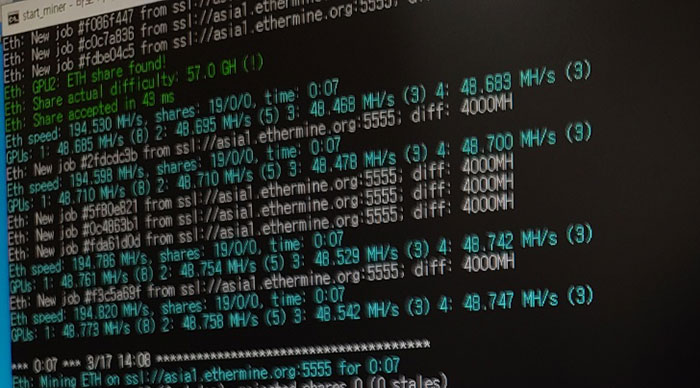 This weekend HardwareLuxx Editor Andreas Schilling took a little time to test the HDMI dummy dongle method. He confirms it works fine, as you can see from the shared Tweet video, embedded below. I've noticed some Amazon sellers already advertising their HDMI Dummy dongles "for BTC miners" but they are still available for under £4 each.

I had to try it out for myself, even though it's really obvious. An HDMI dummy bypasses the reduction in mining (#Ethereum) performance of the #GeForceRTX3060 as a secondary card. pic.twitter.com/HbfvtyPI9F

DanceswithUnix
Looks like you also need a monitor plugged in (or a dummy hdmi monitor plug).

Posted by DanceswithUnix - Mon 22 Mar 2021 12:07
Apparently it also needs at least a 8x PCIe connection, limiting the motherboards you can use (some have a x4 connection on a secondary x16 slot which isn't going to cut it) and meaning you would need a full x16 to x16 riser to avoid the cards being packed together.

I still haven't heard of a Linux driver yet that does this, so that is probably the biggest hurdle for deployment on mining farms for now.
Posted by Spud1 - Mon 22 Mar 2021 12:51
As has been said, this was kind of expected.

The title of this story is totally click bait though and isn't accurate - the dongle does not in any way bypass the ETH limiter - that is all handled by the driver. All the dongle does is let the card think it's connected to a monitor, so allows you to run multiple cards (using the existing driver based “bypass”) in one machine. You can't just get a retail RTX3060, plug in a HDMI dongle and “fix” your hashrates…..

The quality of Journalism on Hexus is normally good enough to not need the Daily Express style click bait headlines, surely!
Posted by QuorTek - Mon 22 Mar 2021 14:56
Double up prices on yet another card incoming, it already happened with the 3090… I guess I will buy AMD from now on and eternity.