Over the last few days there have been reports that crypto mining types have somehow 'hacked' the Nvidia GeForce RTX 3060 12GB to unleash the GPU's full Ethereum mining potential. Some of these stories didn't hold water as it turned out that the miners were using the hardware to collect Ravecoin, not ETH. Yesterday a similar story popped up but this time the 'hack' was for real. 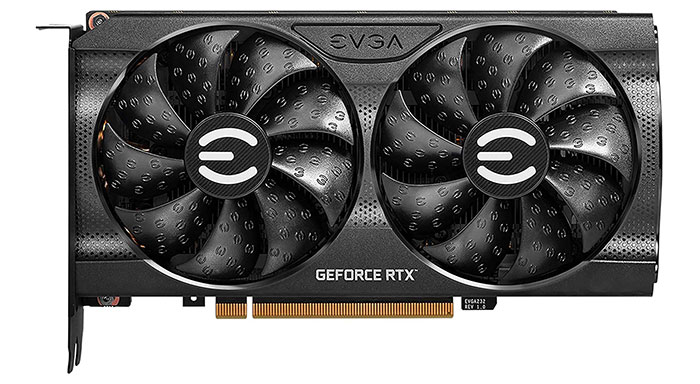 Initially Japan's PCWatch reported that a combination of GeForce 470.05 driver (Beta) and a special BIOS image did the trick for some miners – i.e. it removed Nvidia's has rate limiter for ETH mining. This would be a big thing if true upgrading the RTX 3060 12GB hashing performance from about 22MH/s to about 45MH/s.

Later in the day HardwareLuxx editor Andreas Schilling confirmed that the RTX 3060 hash rate limiter had been killed off. However, perhaps even worse than reported earlier – only the beta development driver seemed to be required (GeForce 470.05).

Schilling's interest was sparked, and he went ahead and tested various combinations of driver and BIOS, as any hardware tester probably would. Some interesting performance observations resulted using the QuickMiner software on the RTX 3060 12GB, as bullet pointed below: 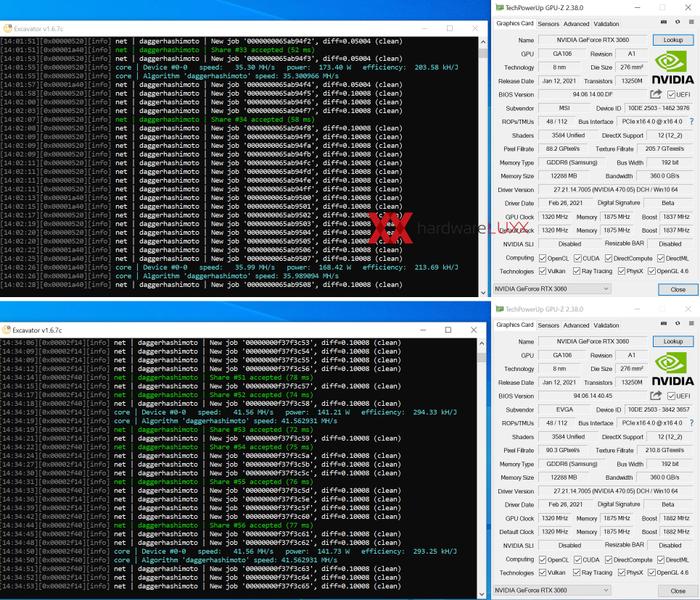 Limiter is removed on one RTX 3060 only

Now comes a twist, as those trying to kill the hash rate limiter using the above methods note that it will only remove the limit on a single RTX 3060 card. This might be good news for 'casual miners' who just mine on their single GPU in some spare time.

It is too early to say whether this GeForce dev driver could be a vector for hackers to unleash the ETH mining rate on racks full of RTX 3060 graphics cards or not.

But, what if a miner operation could, you know, use virtualization, and run various VMs and pass-through one 3060 for each of them?

tinsuke
But, what if a miner operation could, you know, use virtualization, and run various VMs and pass-through one 3060 for each of them?

Supposedly it detects the card is on a riser (presumably detects only having a x1 PCIe connection) and so would require something like a Threadripper board to get enough PCIe lanes to plug them all in.
Posted by Gentle Viking - Tue 16 Mar 2021 11:00
Hehe yeah they really screwed up on that one, i do wonder why they made a limiter killing driver in the first place when the plan was for these to be limited in regard to mining.
I am thinking they probably made the driver, so it was at hand if they ran into a surplus of these that could not sell to gamers, and so would have to be sold to miners.

Nvidia must be hugely embarrassed.
Posted by Tabbykatze - Tue 16 Mar 2021 11:41
I said this elsewhere, i would not be surprised if Nvidia orchestrated this as they knew the limiter would be cracked and was a way to save face.

It's perfect, say it's “unhackable” then “fumble a blunder” nullifying any claims that someone actually hacked the driver because the limiter removed code was in the wild.

They get off scot free, get all the money, no flashback.