We have already reported upon Minecraft RTX, a ray tracing enhanced version of the world's bestselling video game. If Minecraft isn't your cup of tea there are plenty of other game styles and genres covered by the other eight RTX integrations being showcased at Gamescom over the next few days.

We already knew that Control, Cyberpunk 2077, Call of Duty: Modern Warfare, Watch Dogs: Legion, and Wolfenstein: Youngblood feature raytraced graphics and effects. Nvidia's GeForce blog has featured stories on these as and when the news came out. At Gamescom the developers are showing off some of these RTX On titles in action for the first time. However, there are a few titles whose support for raytracing is new; Dying Light 2, Metro Exodus – The Two Colonels (DLC), Synced: Off-Planet, and the aforementioned Minecraft RTX.

For Dying Light 2, Nvidia has shared the first screenshots. It has an interactive slider comparison graphic from the game available here. 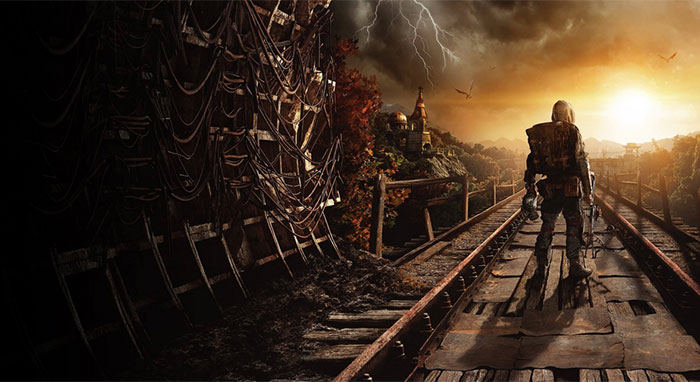 Metro Exodus – The Two Colonels (DLC) will arrive on 20th Aug. The original game had ray traced graphics so it isn't a surprise for its DLC to follow suit. In the DLC there is even more raytracing, and this time around it is applied to area lights, point lights and emissive lights, enhancing man-made lighting and other effects.

Nvidia is full of bluster about raytracing, and added some fine AAA titles added to the upcoming lineup of RTX On capable games. However, more than half of the above nine Gamecom showcase games were already known to be coming with raytracing effects.

"Our priority is to improve, optimise, and evolve all aspects of ACC," wrote staff member Aristotelis. "If after our long list of priorities the level of optimisation of the title, and the maturity of the technology, permits a full blown implementation of RTX, we will gladly explore the possibility, but as of now there is no reason to steal development resources and time for a very low frame rate implementation."

Posted by Wrinkly - Mon 19 Aug 2019 12:35
Can any of them hit 60FPS though?
Posted by cptwhite_uk - Mon 19 Aug 2019 12:53
If I have to activately look for the improvement in visual fidelity, you have failed, double so when the performance impact is so high. #herecomethepuddles
Posted by Irien - Mon 19 Aug 2019 13:09
This *really* reminds me of the early days of features like Hardware T&L (Geforce 1/2 era) and fixed function Pixel/Vertex shaders (Gefore 3/4 era). By the time the tech matures and the number of games using it goes beyond “count on your fingers”, there's new hardware (ie. performance) or a new API which makes the first gen parts almost completely redundant.

Until the tech is baked into consoles (and standardised) etc, it probably won't become mainstream enough for it to be a standard part of developers' workflow, so this really is the bloodiest of bleeding edge.

Also, one thing that strikes me with the tech-demos is that they often show effects (eg. reflections) not rendering with RTX off, yet games have been fudging reflections very effectively for years, so it is hard to believe that devs are suddenly *not* going to do things they've been doing (and engines have been offering) just because you can now RTX it?!
Posted by hexxer - Mon 19 Aug 2019 13:19
Nine more ray traced games?