AMD CMO, John Taylor, and Director of Technical Marketing, Robert Hallock got together for a discussion on the topic of AMD Ryzen Processors: 5 Years Later on Tuesday. AMD has crafted a celebratory web page to host the video too, with some info nuggets linked, but it is more worthwhile watching the short video for a glimpse into the near future. Or just read our article, below.

At the start of the video chat, the two AMD execs mostly reminisce about pre-Covid-19 trade shows and the impact the first Ryzen processors made five years ago, this uses up the first six or so minutes of the 14 and a half minute video segment. To start listening to forward-looking AMD chip chat, you can confidently skip forward to about 6 minutes 40 sec in. 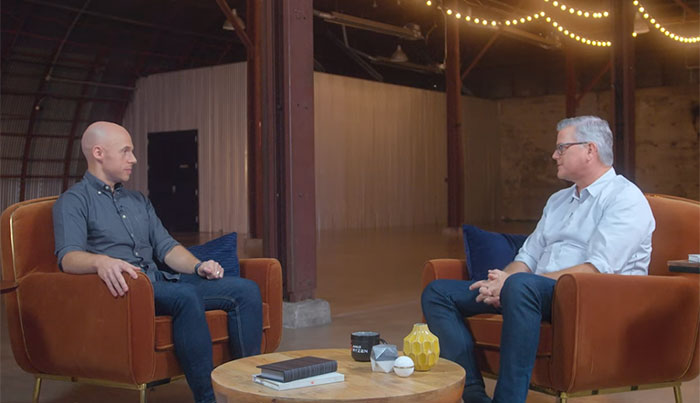 AM4 is near the end of its life as we enter 2022, that much is clear. The current platform has lasted an admirably long time, and it still has some legs thanks to new AM4 processors planned for early 2022. In 2022 overall, we have a "nice steady drum beat of new stuff" to look forward to, according to Hallock.

Shortly after 8 minutes into the video, the conversation turns to 3D V-Cache, as first unveiled at Computex this year. The technology, which will deliver an average 15 per cent performance boost to games (at the same clock speeds as previous CPUs), will debut on "a Ryzen product in early 2022, that goes into Socket AM4". The benefit in performance is very much like a traditional generational uplift, so AMD is happy with this upgrade for the time being. 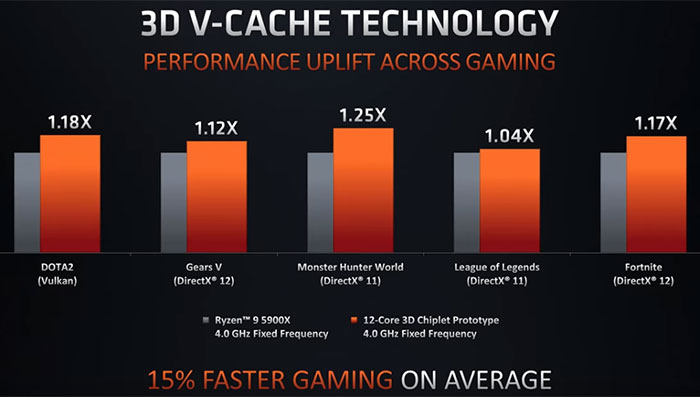 Sometime in 2022 Ryzen will have a new platform with key features including DDR5, PCIe Gen 5.0. Hallock added that existing users don't need to sweat with regard to carrying forward favoured processor cooling solutions, as AM4 coolers will be compatible with AM5 boards. In summary, AMD is building a platform with "all the latest and greatest technology to plug into".

Further down the roadmap, Hallock indicates that AMD is looking at "non CPU core performance enhancements," or accelerators, being used for specialised computer vision and ML tasks and so on. To be clear, these accelerators will be added in parallel to core architecture and process improvements to drive Zen forward.

We will see new AMD mobile processors in early 2022, too

Towards the end of the video, we hear confirmation of new mobile processors coming from AMD in early 2022. Hallock says that something under the working title of 'Power Management Framework' may be applied in new mobile processors, where multiple different power management algorithms could run for greater efficiency, dependent on user tasks. Additionally, AMD is working on new power states for processors where turning off various processor hardware/features is more granular. Is this a smart way to tackle the hybrid architecture competition, at least as a stop gap?

Remember that HP listed new all-in-one PCs with "AMD Ryzen 7000 Series" CPUs a few days ago. These machines, also available with Intel ADL CPUs, are expected to ship in early 2022.

Very interesting, maybe AMD is looking at how quick storage vendors are working on 5.0 capable storage devices and maybe gone “actually, we can't let Intel have the lead of that for too long”.

Wasn't Zen 4 going to be 4.0 with DDR5?
Posted by bae85 - Wed 13 Oct 2021 10:37
Intel announce their next chips saying AMD are no longer the boss, two days later AMD announces a refresh that improves speed by approx 15%, and then they announce AM5 next year. Bosh! Absolutely loving seeing Intel being in the catch-up position that AMD have been in for years.
Posted by Corky34 - Wed 13 Oct 2021 10:43

Tabbykatze
The surprising bit is AM5 is going for PCIe 5.0.

Corky34
They have to really when you consider AM5 maybe around for 5+ years, at least if AM4 is anything to go by.

Well, they could have done the same again where theoretically the 400 series board “could” perform PCIe 4.0 functionality but it wouldn't be certified or couldn't be certified in retrospect. And then you get the utter wave of screeching that AMD did a bad when actually, they did it to protect themselves and quite rightly so.

In all honesty, I think they should have allowed motherboard vendors to enable it as an experimental feature but you had to go through several splash screens that said “in no way shape or form is this supported, this motherboard was not designed to run PCIe 4.0 and neither is it certified, if this doesn't work or causes issues in relation to the use of the board or otherwise, this is a use at your own risk feature.”

Because who would get it in the neck if it damaged boards or didn't work? AMD would have and it would have been a ridiculous situation where a board not designed/certified for something was being used in that way.

So maybe they're jumping ahead to PCIe 5.0 due to Intel and historical community screeching over something already experienced.