The Intel Arc Alchemist graphics cards might not be released to consumers until Q2 2022, but it looks like Intel has provided some very early price indications in the small print of its ongoing Xe HPG Scavenger Hunt promotion. Tom's Hardware spotted that the prize giveaway rules and T&Cs provide "approximate retail value" figures for both the Premium and Performance SKUs. I think this kind of small print is required by consumer law in some countries.

Above you can see a screenshot of the giveaway Arc Alchemist T&Cs with the relevant sections highlighted. You can clearly see that the top prise (going to 100 entrants) is worth a total approximate retail value (ARV) of US$900. That includes a Premium Intel Arc graphics card plus 6-months of Xbox GamePass, plus some merch (like an Intel Arc T-shirt). Thus, the ARV of the GPU in the bundle is roughly US$800.

Doing the same kind of calculation with the Performance Intel Arc Graphics card (comes with 3-months Xbox GamePass and Intel merch) would indicate its retail value is approx US$630. 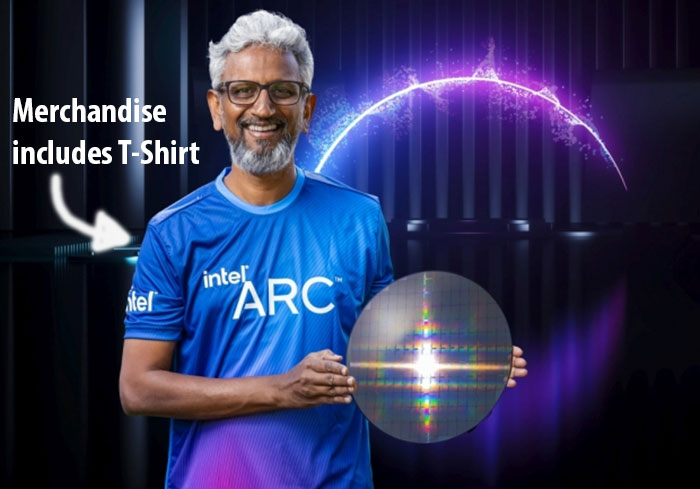 The above higher-end GPUs will probably be joined by a third more entry-level effort. Current lineup guesstimates suggest that the premium Arc A700 will have 512 EUs supplemented by 16GB of GDDR6, the performance model will have 384 EUs and either 8 or 12GB of GDDR6, and at the budget end of DG2 the Arc A300 will offer 128EUs with 4 or 8 GBN of GDDR6. 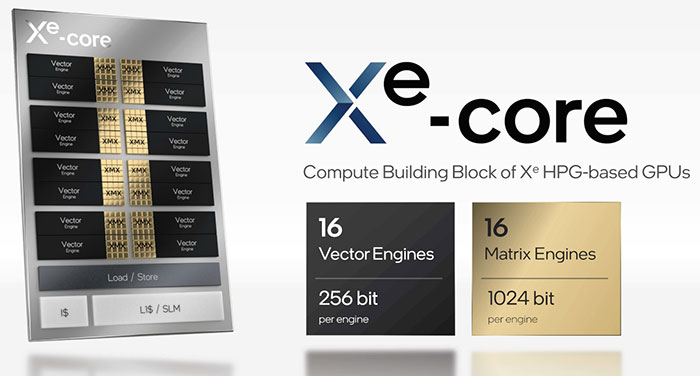 As per the intro, please remember that we are still several months away from launch and Intel could eaily significantly massage these prices before they go public.

HEXUS reported on the Intel Q3 financial results release on Friday. Some interesting nuggets of info also came out via the investor call, shortly after the results were published. In a transcript published by Seeking Alpha, one can read the following key statements by Intel CEO Pat Gelsinger:

"I am happy to share that Intel 7, Intel 4, Intel 3, Intel 20A, and Intel 18A are all on or ahead of the timelines we set out in July. For example, on Intel 4, we said we had taped out our compute tile for Meteor Lake," boasted Gelsinger. "In this quarter, it came out of the fab and powered up, and within 30 minutes, with outstanding performance, right where we expected it to be. All told, this is one of the best lead product startups we have seen in recent memory, which speaks to the health of the process." 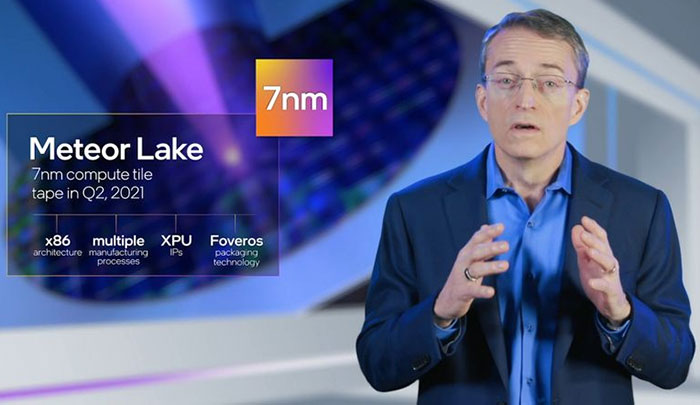 To provide some background / a recap on Meteor Lake, this will be Intel's 14th gen Core processor range. Meteor Lake features a compute tile architecture with performance and efficiency cores on multiple tiles stacked using Foveros technology. A Meteor Lake SoC will also include a GPU with up to 192 EUs, as well as essential I/O components and controllers. Meteor Lake is an 'Intel 4' product (previously Intel 7nm, as per screenshot above), and will have a TDP from 5W up to 125W, depending on platform. Before Meteor Lake arrives, we have the Alder Lake (12th) and Raptor Lake (13th) generations to get through.

Posted by Corky34 - Mon 25 Oct 2021 10:55
Unless they're giving away $300 of mechanise those prices are going to have to come down if they want to seriously challenge AMD and Nvidia, while there will undoubtedly be people willing to spend that to be an early adopter i personally wouldn't spend that sort of money on something that's undoubtedly going to have issues.
Posted by Saracen999 - Mon 25 Oct 2021 11:16
Well, my first reaction to that is “Manufacturer cashing in by maximising profits” shock. But …. if they can, why wouldn't they?

Ultimately, I guess, the issue is …. what will buyers pay, and in what quantity? In large part, that'll depend on what alternatives there are, and what they cost, and we all know the current state of that situation.

Maybe my perspective is skewed by having spent most of my adult life either self-employed or running a small business. What I had to sell was essentially time and experise which, by definition, is in limited supply and hard or impossible to increase in quantity. So if I can't ‘pile it high and sll it cheap’, my income depended directly on maximising profit from each unit (hour) of what I had to sell. My pricing strategy? Whatever the market would bear.

On the freelance writing side, for example, I might have one client that paid 50p/word, and another that paid 8p/word. Allowing for the fact that, ironically, the much higher one actually needed less expertise and research/prep, guess which one I'd choose to work for, for as much hours as I could get?

In truth, and for full disclosure, the 8p/word one was actually much more fun, and interesting to me, in many ways, or I wouldn't have done it at all. That stuff wasn't just about the money. But the point remains …. I mostly went for what the market would bear, and most jobs were just that … jobs. If one paid 10% more for the same time, than the next, I'd pick that one.

By that logic, if a manufacturer, Intel or otherwise, cannot increase quantity (due to external limits), or even if they can but make more money by charging more and selling less, why wouldn't they? They're a corporation, not a charity or social service.

The converse of that is that, currently, I am spec'ing a system and need a GPU. My thought process is …. what capabilities do I want, and can I afford to pay what it is going to cost? What is a given level of performance worth to me? If I want, say, a 3080 enough to pay what it is currently going to cost, then by definition it is worth that to me …. or I wouldn't or couldn't pay it. Would I prefer to pay 0.5x, or 0.7x? Obviously. But if I want one, now, I can either pay what it costs, wait, or buy something else.

If these Intel cards are more than “expected”, that begs the question …. who is doing the expecting, and what are they basing that expectation on?

Ever bought gold? Typically, it varies a fair bit, but you can almost use it as a barometer for confidence in worldwide economies. Somewhat subject to current price, if something hits confidence, gold prices go up. If people are comfortable and happy, it may go down a bit. Graphics cards aren't quite as commoditised as gold (and certainly not as linked to confidence) but the same basic supply and demand rules apply. It's how the world works … and probably always will until some Utopian Star-Trekian future where money, and any substitute, have been eliminated and I don't see that happening until supply of basically everything becomes unlimited. I'm not holding my breath for that.
Posted by Saracen999 - Mon 25 Oct 2021 11:21

Corky34
Unless they're giving away $300 of mechanise those prices are going to have to come down if they want to seriously challenge AMD and Nvidia, while there will undoubtedly be people willing to spend that to be an early adopter i personally wouldn't spend that sort of money on something that's undoubtedly going to have issues.

That's true, providing the Intel cards aren't significantly better/faster. and, critically, people (in quantity) can actually but the AMD/nVidia alternative.

Corky34
Unless they're giving away $300 of mechanise those prices are going to have to come down if they want to seriously challenge AMD and Nvidia, while there will undoubtedly be people willing to spend that to be an early adopter i personally wouldn't spend that sort of money on something that's undoubtedly going to have issues.

To be fair they could be giving away merchandise with a $300 value, they're likely not worth $300 but the ‘rrp’ they can add whatever value they like lol. Just think how much a replica football top costs these days (around £80-£100)….and that's basically the same as the intel t-shirt.

It also depends on what they give away, maybe they're giving away a branded pcie ssd in the package… t-shirt, cap etc is likely a given but sometimes you get other products they make/sell too in prize packages.

Or it's just Intel being Intel and thinking their brand means they can price things too high for their performance because ‘non tech’ people won't know any better than it's made by Intel.