Qualcomm has completed the acquisition of Nuvia Inc, the CPU startup founded by a trio of big-name Apple execs. It announced its intention to swallow up Nuvia and its technologies back in January, and we learned that it was willing to cough-up $1.4bn for the promise of 'Silicon Design Reimagined'. 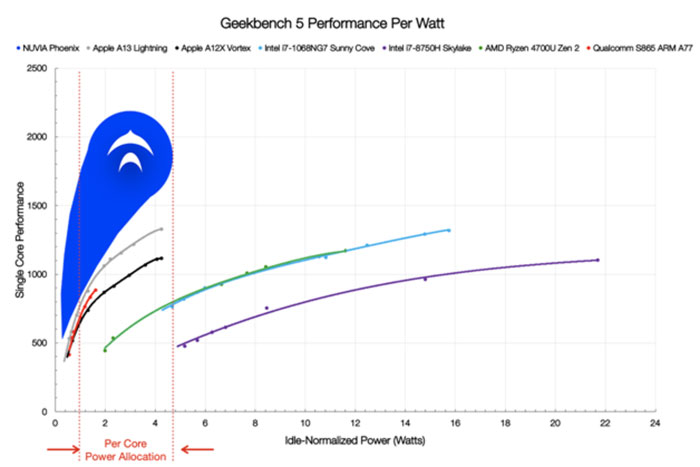 An idea of the potential offered by taking on board Nuvia CPU design technologies can be glimpsed by looking at Nuvia's news and press release archive. One of the key slides outlining Nuvia's "new way forward" for Arm-based cores is reproduced above. The slide shows the potential performance per watt deliverable (the blue tadpole), compared with current market competitors (it was too early for the Apple M1 to feature though).

With its news about the completed acquisition Qualcomm has provided some more info about when to expect Nuvia technology to help propel Snapdragon chips forward. "Qualcomm Snapdragon platforms to feature Qualcomm Technologies’ new internally designed CPUs are expected to sample in the second half of 2022 and will be designed for high performance ultraportable laptops," according to the news post. The Nuvia infused chips will also be coming to flagship smartphones, digital cockpits, as well as Advanced Driver Assistance Systems, extended reality, and infrastructure networking solutions in due course.