Last week HEXUS reported on the publication of an official teaser for a Microsoft event scheduled for 22nd Sept. Teased by Microsoft as a reveal of "what's next", it is clearly a Surface event, as the teaser image shows a Surface Pro hybrid device in silhouette.

In my report, I mentioned that various Microsoft-focussed sites / reporters were pointing to the release of a new Microsoft Surface Duo 2 smartphone, the possibilities of a Surface Pro 8, and a revamped budget device – the Surface Go 3. Now WinFuture has tapped its sources and has more 'confirmed' info about the Surface Go 3 to share. 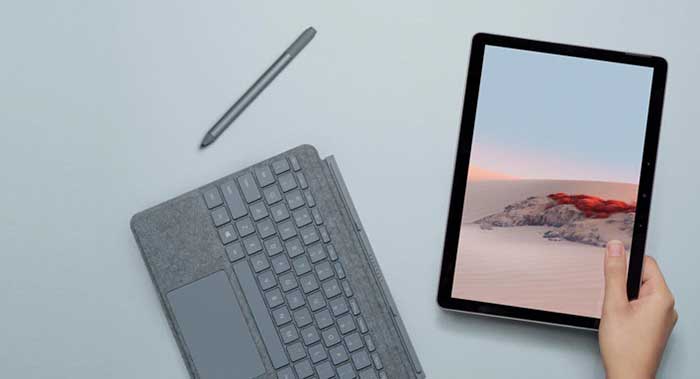 In brief, there isn't much in the way of change coming to the Surface Go 3. It appears to be that the form factor, screen size, and outward appearance will remain the same, with the only tweaks being inside the case of this fanless portable convertible. The Surface Go 3's screen will be thus a 10.5-inch 3:2 PixelSense touch display with 1920 x 1280 pixels. Other aspects probably unchanged to any major degree will likely be the overall size (245 x 175 x 8.3mm) and weight (544g, without Type Cover).

So, what are the main changes? They involve the upgrading of the CPU options, according to WinFuture. To make it simple to know what the new models deliver, compared to the older models, I've put together the table below. 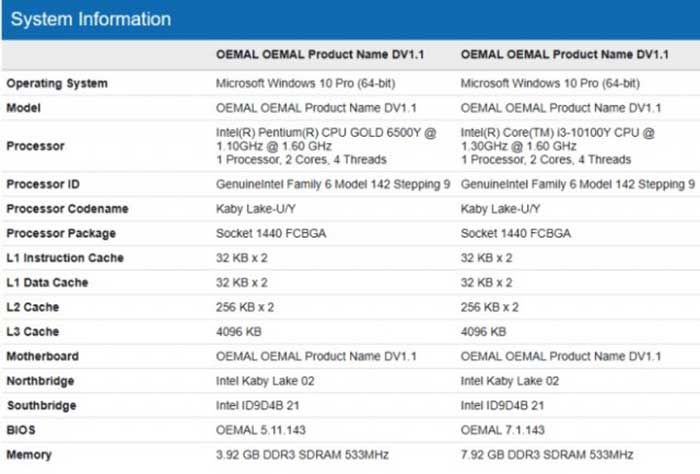 LSG501
Maybe it's just me, and considering windows 11 system requirements being 4GB minimum (8GB for android subsystem), but no windows pc should come with less than 8GB of ram now, especially when some of that 4GB of ram will be taken for the gpu.

These 4Gb machines remind me of some of the 256Mb Vista laptops I had to try fixing for friends/relatives. Sure it'll run but it won't be fun. Its definitely only chosen to hit a price point. Having been looking at laptops recently its been surprising how many have 8Gb soldiered in. It really does limit a devices life span… (I think it a deliberate choice to use LPDDR rather than DDR to increase power saving but I'd take the hit personally to be able to upgrade but I guess most people just chuck a device now :( ).
Posted by excalibur1814 - Mon 06 Sep 2021 14:39
2 core is… a bit ancient. One model could have worked with a quad cpu, surely?
Posted by [GSV]Trig - Mon 06 Sep 2021 14:42
I should imagine they are using it as a cheap intro to the Surface line, kids for school work etc.