Apple has announced a 'California Streaming' event for next week. Scheduled for Tuesday, 14th Sept at 10am PDT (6pm UK time), much of the Apple press reckons this will be the launch event for the iPhone 13 models. Apple's showcase will be live-streamed from Apple Park, with no journalists present at the event – so I wonder if this is the origin of the 'California Streaming' name, rather than anything to do with audio/video streaming hardware, software or service experiences on the new devices. 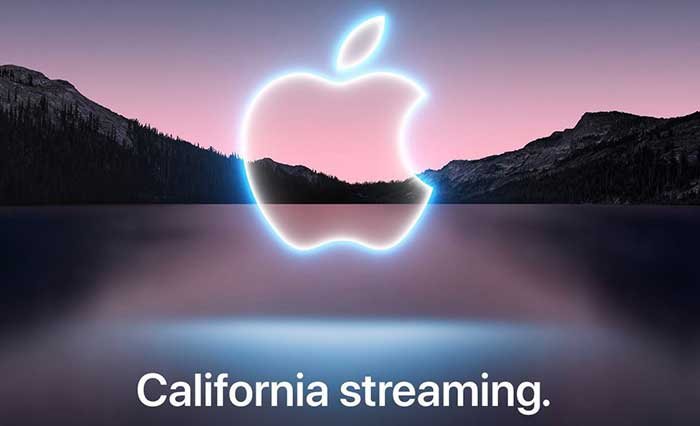 One of the almost-certain announcements next Tuesday is that of the Apple iPhone 13 family of smartphones. According to the most recent news/rumours, the next iPhones won't look a lot different to the iPhone 12s they succeed. Some tweaks we expect to see are a smaller selfie camera notch, a 120Hz refresh rate screen with always on display tech, upgraded camera features, and the new A15 SoC.

Current rumours about the SoC suggest the A15 is nearly 15 per cent faster than the A14. Previously, we learnt that Apple has ordered over 100 million N5 process SoCs from TSMC this year – so it is betting that the iPhone 13 is going to be a popular generation.

Some bolder generational changes that didn't make it to the iPhone 13 are said to be the move from Face ID to an under-display fingerprint reader, and the ditching of all physical ports to go wireless only...

Other things to anticipate at the Apple event next week include the yearly refresh of the base iPad model, and potentially a new iPad Mini. For the full-sized standard iPad, design changes aren't expected this time around, only updates to the internals. However, if a new iPad Mini arrives it is expected to eschew the Home button, in favour of a wide mounted Touch ID sleep/wake button – helping enable slimmer bezels and catching up with the rest of the family

The redesigned Apple Watch Series 7 may be announced next week too, as may be some new entry-level AirPods to make Apple's offering more competitive. No one is talking about new Apple computers being showcased on Tuesday.

azrael-
I would imagine that “California Streaming” is a play on the Mamas & Papas song “California Dreamin'”.

That was exactly what I thought when I first read the title. I had to do a double-take.

Saracen999
That was exactly what I thought when I first read the title. I had to do a double-take.

I don't think there're many years separating us. Grumpy old men …and proud of it. :D