Sony Computer Entertainment (SCE) today announced it has acquired cloud-based gaming specialist Gaikai today in a deal worth $380 million (£242 million). The deal has bought in expertise in streaming cloud gaming services so that games can be played more smoothly and with fewer delays according to a Sony spokesman. Gaikai says its bleeding edge platform “enables users to experience rich media content (games) as if they were running it locally”. Online gaming services seem to play a large part in every gaming company’s vision for the future. 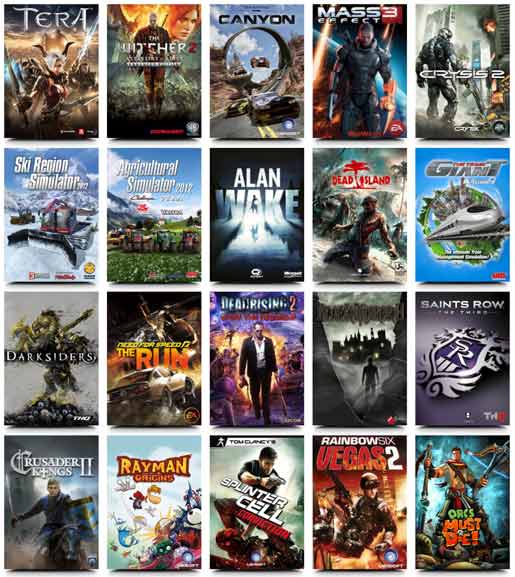 Some of the currently available game titles to play on Gaikai

David Perry, CEO of California based Gaikai, thought expertise from Gaikai could accelerate SCE’s expansion into cloud gaming. “…to grow their ecosystem, to empower developers with new capabilities, to dramatically improve the reach of exciting content and to bring breathtaking new experiences to users worldwide.”

Currently the low latency Gaikai technology is used to stream demo games and apps to PCs, Smart TVs, tablets and smartphones. Sony is rumoured to be planning to let PlayStation 3 and PlayStation Vita users access the back catalogue of PS1 & PS2 games through the online PlayStation Store using this bought in technology. What else SCE might have planned for the tech remains to be seen.

Posted by kingpotnoodle - Mon 02 Jul 2012 17:03
Is this the same Sony that recently ended the year with massive net losses?

How the hell have they got £242 million to spend!

(Edit: According to Wikipedia and a quick Yen to GBP Sony have net equity of -£16billion and something)
Posted by Kanoe - Tue 03 Jul 2012 08:36
Hmm, interesting move. I could see them using this big style for Playstation 4. Imagine if they could provide support for peoples PS3 titles by making them available via this instead of having to put emulator chips / software into the actual console. Would help them keep costs down and still retain the selling point of being able to play your old catalogue of games.