Facebook launched its cloud gaming service today as a beta. This service isn't for the kinds of 'instant' casual games that Facebook has already popularised; these cloud gaming titles are more complex and demanding games. Titles in the initial salvo from Facebook include the likes of Asphalt 9: Legends by Gameloft; Mobile Legends: Adventure by Moonton; PGA TOUR Golf Shootout by Concrete Software, Inc.; Solitaire: Arthur’s Tale by Qublix Games; and WWE SuperCard by 2K Games. In the coming weeks we’ll add Dirt Bike Unchained by Red Bull. Admittedly, these titles are still largely mobile games which you could separately download and run natively on a mobile device. A positive for Facebook is that it has made sure all the cloud streamed games are playable with touchscreen or mouse/keyboard controls. 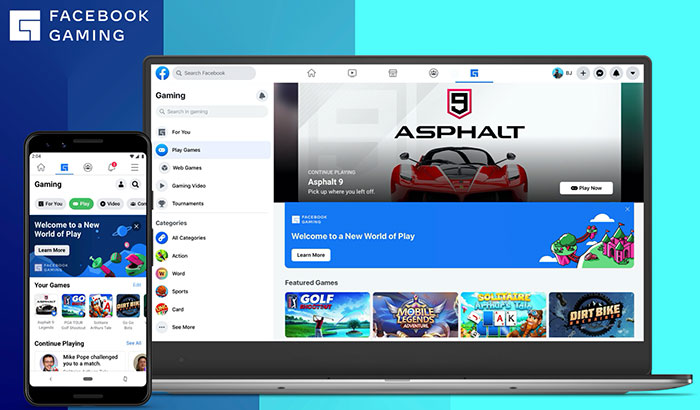 Facebook hopes a better game quality level will drive more people to spend a greater amount of time on the Facebook platform. Its current HTML5 casual lineup are played by approx 380 million monthly users. In the future streaming demos of more advanced games could be made available, helping Facebook sell full priced games via its pages (splitting proceeds 30/70 with the developer). As a reminder, Facebook makes >98 per cent of its revenue from advertising.

The social media giant has hit a sizable wrinkle with regard to its potential Apple iPad and iPhone audience for cloud games streaming, as it falls foul of Apple's App Store guidelines. A CNBC report on the launch reminds us that Apple prohibits apps that distribute software as the "main purpose" of the app and bars code that is offered "in a store or store-like interface." Any game featured in a cloud gaming offering acceptable for the App Store would need to be individually approved by Apple and offered in its own app. Facebook admits it is a sticking point "for now".

Jason Rubin, Facebook’s VP of special gaming initiatives complained that he didn't want mobile users to have to use the HTML5 web version of the cloud gaming service. "We have a great app," opined the exec. "We would have to use Apple’s technology and browser on iOS, and that isn’t optimized to the benefit of cloud games." 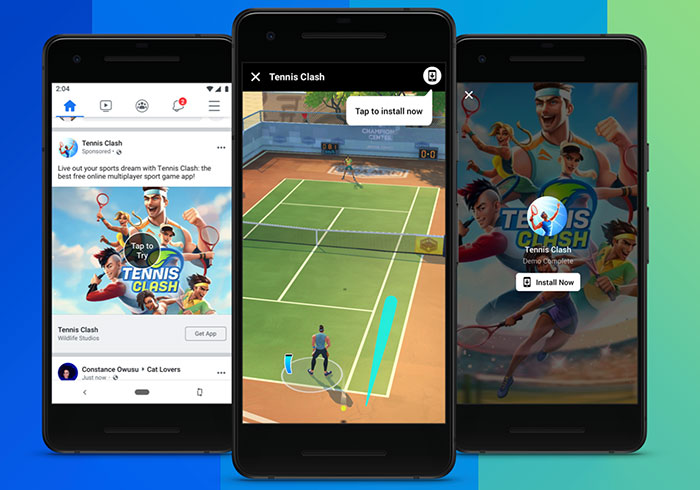 If you want to try out the new Facebook Cloud gaming service then head on over to fb.gg/play, or simply navigate to the gaming tab on the Facebook web page. For me the link lead to a list of casual titles with none of those games mentioned in the intro, perhaps as I am resident in the UK. Also it says these streaming games will be live "this week" rather than today. On the topic of world regions cloud playable ads for games in the HTML5 format will be going live in the US on web, Android and Apple iOS.

Back in August HEXUS reported upon the implementation of mandatory Facebook accounts for Oculus users starting in October (new uers), or Januanry 2023 (existing users with Oculus accounts).

Anyone who believed Facebook wouldn't implement mandatory/restricted access to the Oculus headsets when they acquired Oculus were kidding themselves.
Posted by 3dcandy - Mon 26 Oct 2020 16:18

Anyone who believed Facebook wouldn't implement mandatory/restricted access to the Oculus headsets when they acquired Oculus were kidding themselves.

Well was to be expected I guess… I'm ok I've got a faceache account
Posted by cheesemp - Tue 27 Oct 2020 14:33
Microsoft have just started supporting Game Pass game streaming on mobile with touch controls now (only 10 titles but should expand). Playing real games (with cloud game save syncing so you can play on console later) is a real boon. This just seems a little pointless in comparison - why not just install the games? It not like a 40Gb Xbox download!