There has been some easily observable friction between Apple and Facebook over recent days. In a Reuters exclusive today Apple is reported to have rejected a Facebook app update with a 'transparency notice' highlighting that Apple takes a 30 per cent cut of purchases through the app. On another point of friction, Facebook published a blog post yesterday about how changes coming to Apple iOS 14 could impact Facebook Audience Network ad revenue by as much as 50 per cent.

Facebook has been barred from updating its main app in the Apple App Store to include a notice about how Apple takes a cut of revenue from in-app purchases (IAPs). It is Apple policy that a 30 per cent cut from all sales made through iOS apps is taken.

Facebook says that its 'transparency notice' was simply to "help people understand where money they intend for small businesses actually goes". The social networking firm tried to wear the clothes of a protector of small businesses in its statement. Unfortunately for Facebook, its updated app with 30 per cent Apple tax notice was deemed to be showing 'irrelevant' information to users, so hasn't made it to the store.

Apparently the transparency notice was precipitated by Apple rejecting Facebook's proposition that it would host paid online events as a way for SMB customers to offset revenue lost during the COVID-19 pandemic. It wanted Apple to waive its usual 30 per cent fee so all proceeds from these events could be passed on to business owners - but Apple declined to get on board with this idea. 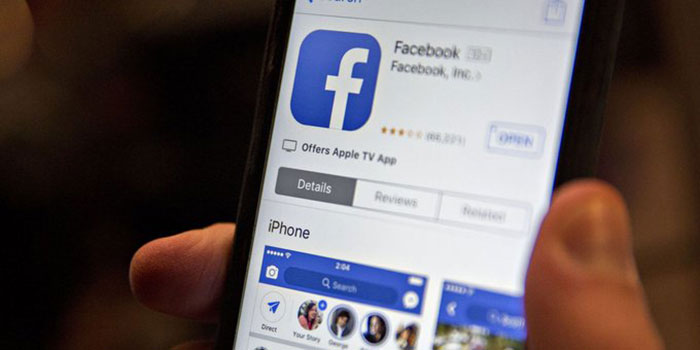 An upcoming Apple mobile OS, iOS 14, is currently in testing. Among its features there is a small change to a default which could have a big impact on targeted advertising from the likes of Facebook, and could reduce revenue from out of app tracking (off-Facebook tracking, in this case) by as much as 50 per cent.

When the new iOS becomes available, apps will have to ask users explicitly (permissions) whether they can collect and share data. At the moment iOS users can opt out of such tracking, but the default changing to users having to opt-in is expected to be bad for out of app tracking technologies, as used by Facebook's Audience Network program.

The BBC reports that users tracked and targeted across apps are eight times more likely to buy products. However, the Facebook blog post on the matter says that "Apple's updates may render Audience Network so ineffective on iOS 14 that it may not make sense to offer it on iOS 14." Again, rather than talking about the negative impact of this Apple policy on Facebook, the social network frames the issue as potentially having "a far-reaching impact on the developer ecosystem".

DevDrake
Now everybody wants to be social justice warrior as Epic ^^.

Well yeah… Farcebook need to somehow claw themselves back from the hatred caused by their insistence on FB accounts for Oculus devices.

This is not good. Corporate warfare is not supposed to happen until after I have all my bio-implant enhancements and high performance firearms.
Posted by 3dcandy - Fri 28 Aug 2020 13:15
Any publicity is good publicity huh Apple….
Posted by Nifl - Fri 28 Aug 2020 13:17
We can only hope that we will NOT be governed by these mega-corporations in the future… oh who am I kidding, it's already happening.
Posted by [GSV]Trig - Fri 28 Aug 2020 13:31
Can't see how Apple can stop this, they say that their rules apply to apps in their store and cant show info thats not relevant to the user, however Facebook isnt selling anything, all they are doing it letting people know where “THEIR” money is going…