In recent months I've seen a few rumours of LG withdrawing from the smartphone business. Such a move would be understandable, since it hasn't appeared to have great success in the market since perhaps the LG G4 days - which is, incidentally, the last LG smartphone I owned. However, in tech developments during 2020 we saw LG striving to reinvent smartphones with the likes of the LG Velvet, LG Wing, and prototypes of rollable smartphones making our headlines. Has it been casting its tech talents too wide in the hope for a surprising hit? 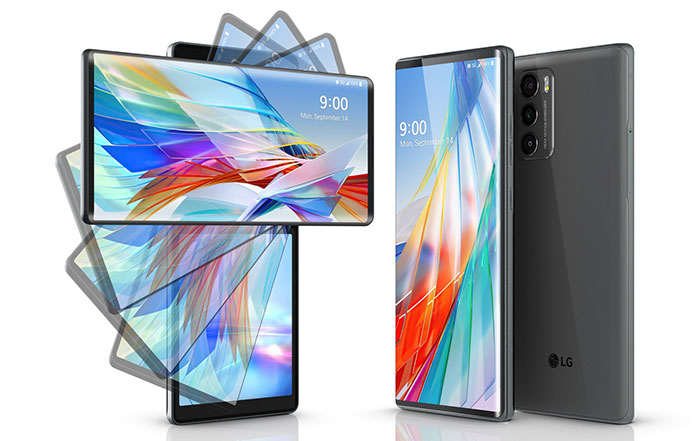 A report published by the Korea Herald yesterday makes it sound like the LG senior management are about to draw a line under the firm's smartphone ventures. LG CEO Kwon Bong-Seok is quoted as saying that there will be a change of direction coming but added that smartphone business employees shouldn't worry as their employment will be maintained. LG obviously has some better performing business segments which would benefit from well-qualified extra hands.

The Korea Herald sourced a more illuminating, explanatory quote from an LG exec, who remained unnamed. "Since the competition in the global market for mobile devices is getting fiercer, it is about time for LG to make a cold judgment and the best choice," explained the source. "The company is considering all possible measures, including sale, withdrawal and downsizing of the smartphone business." 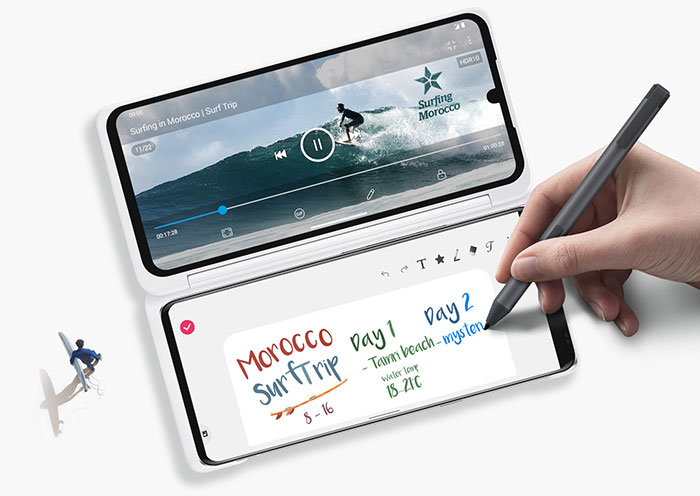 In 2019 LG decided to outsource the low- to mid-range smartphone business. By last year >70 per cent of its smartphone production was ODM, while Samsung's ODM figure is a much smaller 30 per cent.

Unfortunately, LG's new premium-only focus hasn't yet changed its smartphone fortunes, and it has just racked up operating losses for its 23rd consecutive quarter. With LG ditching the G series flagship in search of something newer and better last year, perhaps it just needs a little more time to develop what it has recently started with the Velvet and Wing series.

What do HEXUS readers think LG could do to revive its fortunes in the high-end smartphone market where it has now focussed?

lumireleon
Remember the LG modular phone? what a mess. LG's radical ideas caught up with profit call it ‘Loss is Good’. What about…The LG G8 ThinQ unlocks with your blood, seriously?

I thought it was a fantastic phone and the quick change system was great. Where it was really let down was in two places, the first is that the number of attachments were terribly small and realistically the only useful was the camera module attachment because it gave you an extra mini battery inside it.

The other place it was let down in that detaching the base also disconnected the phones entire source of power meaning switch attachment was tantamount to a full phone reset and it was very annoying. If they had just added a small 200mah battery or something that could give the phone just five minutes of power while I swapped a battery or a module, it would have been perfect.

lumireleon
Remember the LG modular phone? what a mess.

Not a bad idea in itself. Several other companies (PhoneBloks was the last one I heard about) are working on the same thing, so clearly some market interest… though perhaps not enough, as I've yet to see one hit the shops.
Posted by Avram Razvan - Thu 21 Jan 2021 15:04
Had an LG G3 at some point , it bricked as soon as the warranty expired , still looks brand new
Posted by ilh - Thu 21 Jan 2021 16:06
The problem with smartphones is that they've been “good enough” for some time and the prices are getting ridiculous for top end phones. Screens are high resolution and big enough, processors are fast enough, there's enough storage, there's not really any major features being added to the OS that people actually need anymore. If anything I'd say phones are going backwards by removing features that I at least want such as a headphone socket.