Intel published its Q3 2021 earnings reports at the close of the markets in the US on Thursday. Investors don't appear to have welcomed the latest set of financial results, as in after-hours trading Intel shares slumped by nearly 10 per cent (they were up a little over 1 per cent yesterday in anticipation). 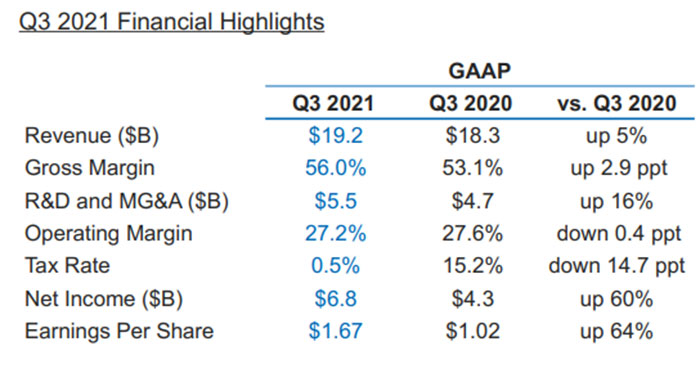 Some of Intel's results were pretty good, particularly the net income and earnings per share, and CEO Pat Gelsinger tried to put a positive and optimistic shine on the situation. However, upsides weren't as big as analysts had generally expected, and forecasts weren't as appealing – due to a mix of supply issues and competition. Another thing to consider is that Intel is spending a lot right now while it works through a "pivot point," building for long-term growth. Investors typically welcome jam tomorrow, but also want jam today.

"Q3 shone an even greater spotlight on the global demand for semiconductors, where Intel has the unique breadth and scale to lead. Our focus on execution continued as we started delivering on our IDM 2.0 commitments. We broke ground on new fabs, shared our accelerated path to regain process performance leadership, and unveiled our most dramatic architectural innovations in a decade. We also announced major customer wins across every part of our business," said Pat Gelsinger, Intel CEO, in the official results statement. "We are still in the early stages of our journey, but I see the enormous opportunity ahead, and I couldn’t be prouder of the progress we are making towards that opportunity." 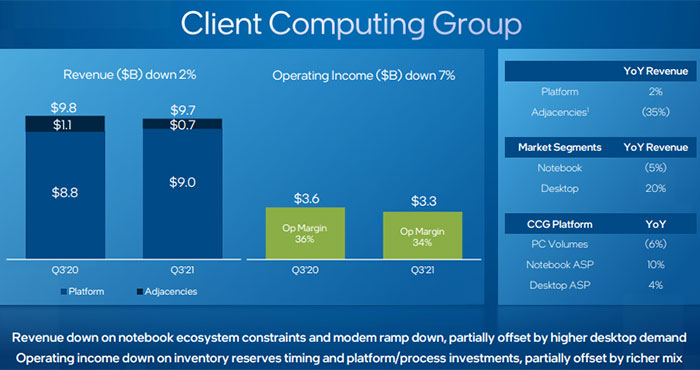 Above, you can see a breakdown of the Client Computing Group (CCG) financials; this business segment covers the desktop and laptop processors for consumers. Both revenue and operating income are down at this time. Intel must be hoping to make a big splash with Alder Lake and Raptor Lake in the coming year to help it turn the tide in the consumer space. The other business segment operated by Intel, the Data Centre Group (DCG), enjoyed reasonable uplifts in revenue and operating income in Q3 (10 and 8 per cent increases YoY, respectively).

Intel isn't just going to be relying on CPUs to boost the CCG in the coming year; it has embarked on an ambitious GPU project – with the new Intel Arc brand for our upcoming high-performance graphics products, covering hardware and software, and services. The first discrete Intel GPUs for gaming will be "on shelves in Q1 2022". On the server side, its graphics tech will be delivered via its "tour-de-force GPU architecture," codenamed Ponte Vecchio. 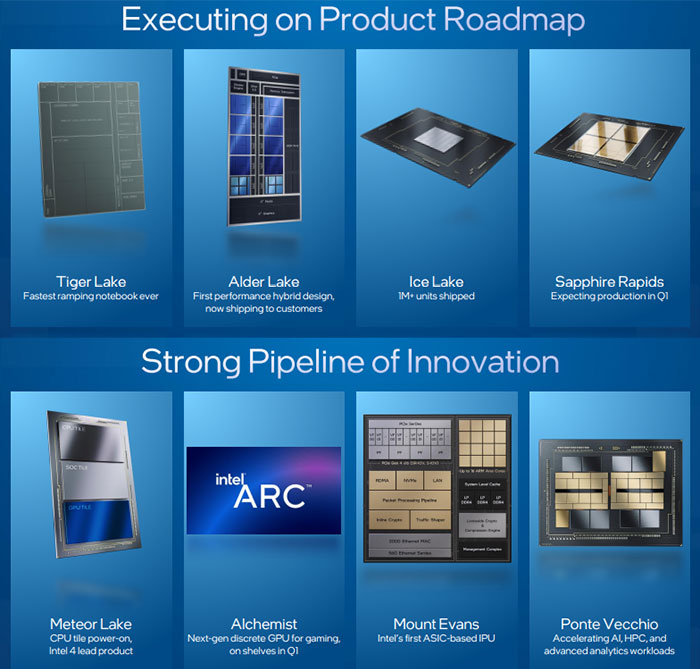 Going forward, Intel claims to have executed on its product roadmap, delivered on its IDM 2.0 commitments, and still have an exciting pipeline of innovation to cheer customers in the not-too-distant future.

A Redditor, Seby9123, has shared a collection of photos of their new Intel Core i9-12900K and packaging. Previous leaks showed that this consumer flagship CPU comes with special packaging, like a luxury Easter Egg box but with a thick inedible 'gold wafer' inside, with the processor inside this gaudy receptacle. 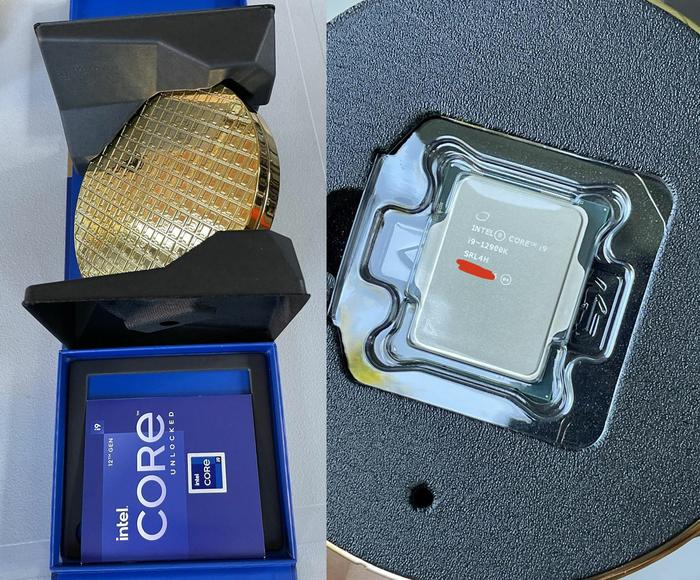 Seby9123 ordered two of these processors at US$610 each (before sales tax). The user doesn't have a motherboard yet, but when they secure one, some comparative benchmarks vs a Core i9-10900K and a Ryzen 5950X are planned.

The official launch of the Intel Core i9-12900K and five other enthusiast SKUs is expected towards the end of this month. Availability is scheduled for 4th Nov, on the same day that the hardware review NDA lifts, according to a leaked slide.

Rubarb
Maybe they should stop ripping us off and make what we want ?

Given the supply constraints, giving us more stuff for less would only cause an even further fall in share price.
Posted by edmundhonda - Fri 22 Oct 2021 19:04

Rubarb
Maybe they should stop ripping us off and make what we want ?