Yesterday evening Apple released its Q2 2019 financials for investors to paw over. Possibly the most interesting take for consumers was that Apple's flagship product, the iPhone, suffered a significant sales decline, with sales down 17 per cent. However, the fact that Apple's long term efforts in services started to pay off handsomely, and a $75bn share buyback scheme was announced, turned investor heads and the firm's shares were up 6 per cent in afterhours trading. 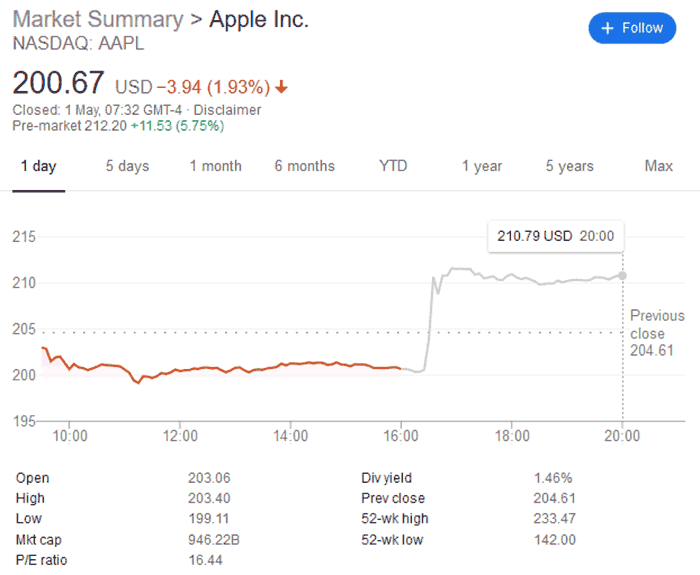 Apple started its press release with the good news - services revenue reched an all-time high of $11.5bn. "Our March quarter results show the continued strength of our installed base of over 1.4 billion active devices, as we set an all-time record for Services," said Tim Cook, Apple's CEO. "We delivered our strongest iPad growth in six years, and we are as excited as ever about our pipeline of innovative hardware, software and services." Cook added that Wearables, Home and Accessories categories were enjoying strong momentum (up 30 per cent) and that Apple is looking forward to sharing more with developers and customers at Apple's 30th annual WWDC in June.

Apple iPad sales have been another highlight of the most recent quarter as they are up over 20 per cent (by revenue). However, the new iPads probably won't have made an impact on these figures as yet. Meanwhile, Apple Mac sales are slightly down at minus 4.5 per cent. 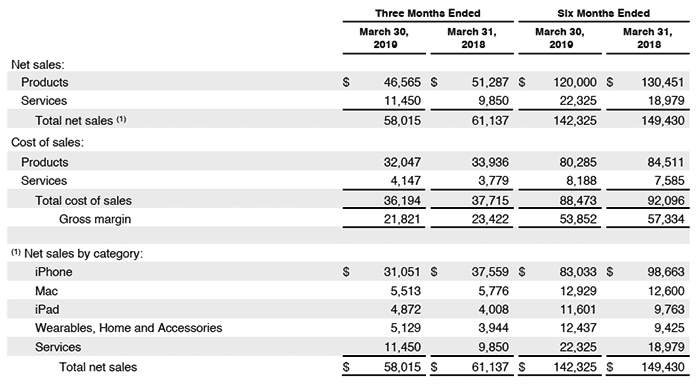 The $11.5bn in cash raised by services may sound like a lot, but for Apple it is in the shadow of the much larger revenue from its iPhones. Thus a similar percentage rise in services doesn't cover the decline in iPhone sales. Apple iPhone revenues were $31.05bn during the quarter, that's 17 per cent down as per our sub-headline. Unfortunately for investors, and news outlets, Apple has recently stopped reporting unit sales of iPhones, which isn't a great sign, but at least we still get to see income from each segment (as shown above). Apple warned of an iPhone sales downturn at the start of the year. 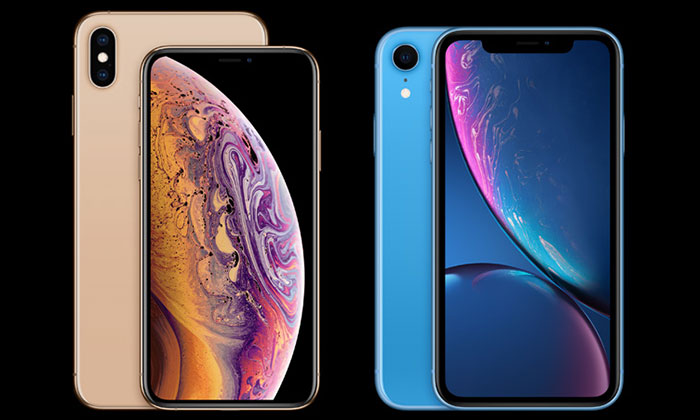 Apple signalled ambitions to expand its services recently (beyond downloaded apps, downloaded and streaming music, and downloaded videos), with the announcement of the Apple Arcade and Apple TV+ streaming services. Apple News+ and Apple Credit Cards were announced at the same time, about a month ago. Apple TV+ will likely be the biggest contributor to revenue in the future but it isn't set to go live until the autumn.

philehidiot
Why are shares up? Overall they're doing worse and their biggest cash cow is down markedly…. I'm confused.

philehidiot
Why are shares up? Overall they're doing worse and their biggest cash cow is down markedly…. I'm confused.

Perhaps because the signs are that the pivot to services is finally starting to gain traction,

My bet is Apple, like many other hardware and even softwre vendors, have realused that as their products hit full maturity, the reasons for new/upgrade purchases can significantly tail off …. if it doesn't fall off a cliff.

So, they pivot to “services”.

In other words, instead of the rough and tumble of huge investments in hardwarw, hoping future sales will justify it, and the massive up-front cost they've already gambled, they want us all signed up to a subscription for a “service”, where they get regular small amounts (from huge numbers of us) rather than a massive lump in a small period every year or two.

It's the same logic that has MS trying to convince us all to use Office 365 rather than a perpetual licence where users (like me) might decide that, hey, my existing version does everything I need, so why fork out several hundred quid every couple of years (per licence) for a new or upgraded version.

And I still think it's where MS are going with Windows, sooner or later.

Same for Apple. Given current phones, there's only so much incremental upgrades can offer before even the most avid user decides the existing model is good enough, and stops buying new models, and they want to have at least started the pivot first.

Of course, hardware (phone or otherwise) is going to be important for at least the foreseeable future, and if phone sales stagnate they'll try to switch it up and innovate to the next great thing, but meantime, “services” nicely smoothes out the cashflow and mitigates investment risk. And shareholders like that.

All IMHO, of course.