Taiwan tech and financial news sources indicate that TSMC's development of its 4nm process, dubbed N4, is running ahead of schedule. Specifically it is claimed that trial production of the first N4 processors has begun, with volume production expected to start before the year is out. Previously, N4 volume production was said to be scheduled for H1 2022.

N4 is described as a 5nm 'family member'. Thus, it is closely related to 5nm, and the 5nm enhanced version (N5P). TSMC's customers will therefore be able to use the existing design infrastructure they are familiar with, without compatibility or redesign concerns.

This is good news, especially if the new N4 process opens up greater capacity to customers. However, it is worth tempering one's excitement about the fast marching forward by TSMC due to another important thing mentioned by the reports. Sources indicate that "Apple has already booked the initial capacity of TSMC's N4 for its new-generation Mac series". 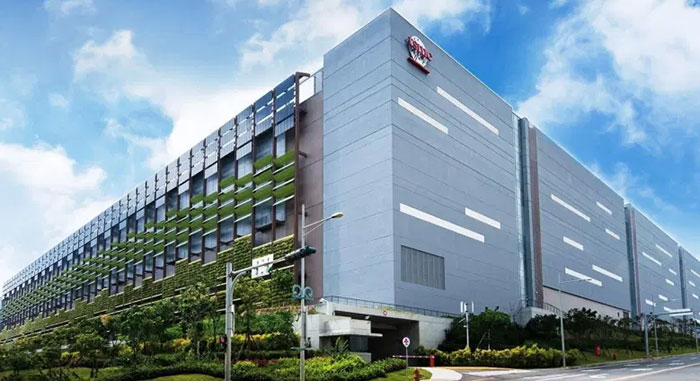 At the end of May, N5 or N5P process lines are still going to be in demand from Apple for the next gen of iDevices which will run using an Apple A15 SoC built on one of these processes.

TSMC is still preparing to get its customer's first 3nm technology processors into mass production by H2 2022. The reports indicate that TSMC's 3nm plant in Nanke, central Taiwan, will begin operations from July or August this year. It will start with a monthly capacity of approx 10,000 wafers, but when fully up to speed will be able to process five times that number. Let us hope for rain for southern and central Taiwan, so production won't be hampered.

Posted by ik9000 - Tue 30 Mar 2021 13:23
Breaking news… scalper bots have already bought up all 4nm capacity. Tired of having to be a middleman after the chip manufacturer's have taken their cut, head of one bot scalping enterprise Big Anna Sole says she saw this as an opportunity to scalp the chip companies too, driving up wholesale prices, before bot-buying all the products they then release to scalp consumers, making comments like “Double scalping is the future, suck it up sheeple” and “Poison? Moi? You ain't seen nothing yet. This is a revolution. We've only just begun…”
Posted by Gentle Viking - Tue 30 Mar 2021 13:26
Nice, i would like to get me some of that, in a CPU and GPU, so please be ready in a few years.
Posted by six_tymes - Tue 30 Mar 2021 20:41
what happened to the idea of going from 5 to 3? obviously they had to back away from that idea. strange, as I have been reading 5 to 3 for a year now.
Posted by slef - Tue 30 Mar 2021 22:41

six_tymes
what happened to the idea of going from 5 to 3? obviously they had to back away from that idea. strange, as I have been reading 5 to 3 for a year now.

3 will still be coming, this is like going to 12 from 16 while 7 was in development. It's a refinement of the current node essentially
Posted by persimmon - Thu 08 Apr 2021 14:22
Whenever I read wafers I think of a delicious slice of vanilla ice cream… Altho 5000 a month might be a touch greedy