Taiwan Semiconductor Manufacturing Co. has completed the construction of its latest semiconductor fabrication plant in central Taiwan. On Tuesday the firm held a traditional topping-out ceremony at the factory location, in Tainan's Southern Taiwan Science Park. The plant sits on 35 hectares of land and boasts over 160,000 square meters of cleanroom area – approximately equivalent to 22 football pitches.

Now the factory buildings are complete, TSMC has to prepare the factory and it will be completing this next stage and moving in the necessary production equipment over the next 12 to 18 months. This isn't a trivial stage, with the cleanrooms needed to maintain "extremely low levels of particulates, such as dust, airborne organisms, or vaporized particles," notes Taiwan News.

At the topping off ceremony TSMC chairman, Mark Liu, said that the facility will be world's most advanced logic process plant, and help maintain TSMC's leadership. Once up to speed the Tainan plant will have a production capacity of around 55,000 WPM – hopefully that will be plenty to sate demand of its N3 output. This capacity will come online in H2 2022. 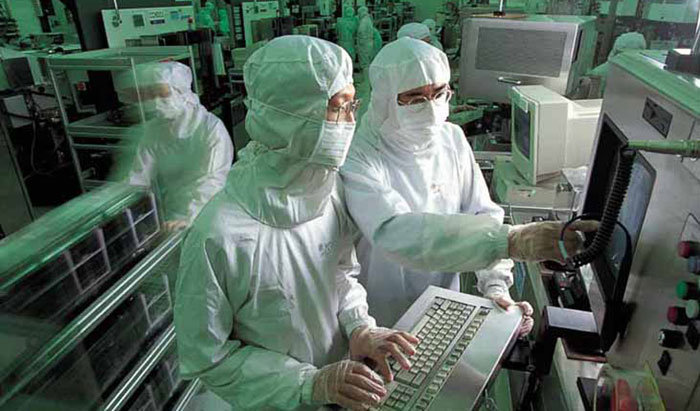 There are already 15,000 people working on the new 3nm plant. Once the facility is fully operational it is expected that it will provide 20,000 steady jobs. Such a large plant doesn't necessarily have a terrible impact on the environment. TSMC is committed to green manufacturing and promotes energy conservation, water conservation, waste and carbon reduction, and ecological protection. It has pledged to use 100 per cent renewable energy by 2050.

In other recent TSMC news, it was reported that the contract chip maker was working closely with both AMD and Google on 3D stacking technology. Again the first TSMC fabricated products using this technology are expected to emerge from 2022.

How far away are we from getting to the stage where tiny quantum time travellers from the future end up embedded in our computer chips because they took the wrong turn?
Posted by CAT-THE-FIFTH - Fri 27 Nov 2020 18:03

Zhaoman
How far away are we from getting to the stage where tiny quantum time travellers from the future end up embedded in our computer chips because they took the wrong turn?