TSMC has received government approval to build its most advanced chipmaking plant in Hsinchu, Taiwan. A report published by Nikkei Asia confirms that Taiwan's environmental regulators gave TSMC's plans, for a 20 hectare facility in Hsinchu's Baoshan township, the green light. The facility, on a plot of 90 hectares that TSMC has purchased, will spearhead TSMC's 2nm production plans. Test production is expected to be up and running by 2023, and 2nm iPhone processors mass-produced for a 2024 release. 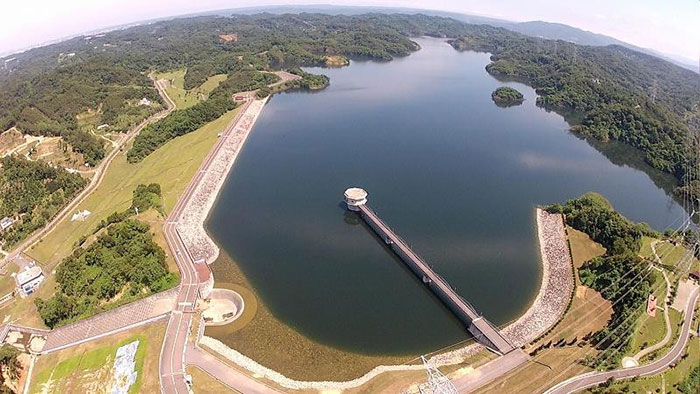 Baoshan reservoir will be nearby

There have been concerns about large new factories opening up in Taiwan, due to pressure on the environment and demands on important infrastructure like water supply. Nevertheless, the "Environmental Review Committee, a cross government and academic environmental regulatory body, approved the plan on Wednesday," reports Nikkei Asia. "This clears the way for TSMC to start construction of the facility in early 2022, and begin installing production equipment by 2023," sources familiar with the plan told the business journal.

Earlier this year, there was a great deal of worry due to an unusual prolonged dry spell, which meant TSMC's central and southern Taiwan facilities started to organise tankers to provide water supplies. However, the 'plum rain' season eventually made its appearance, and reservoirs now seem to be amply filled.

TSMC's new plant is expected to be rather water hungry, requiring about 98,000 tons of water a day, which is "roughly 50 per cent of TSMC's total daily water consumption in 2020," according to Nikkei Asia. With this in mind, the chipmaker has plans to use 10 per cent recycled water by 2025, moving up to an ambitious 100 per cent reused water at Baoshan by 2030.

TSMC's Arizona plant is expected to have 5nm products rolling off its lines starting from 2024, and it is looking for EU expansion, probably into Germany.

During the 'Intel Accelerated' webcast a few days earlier, rival Intel boasted about its '2nm' process plans, which will be dubbed 'Intel 20A'. According to the Intel roadmap shared at that event, Intel 20A will be found in "breakthrough innovations in 1H 2024". Now it looks like a race to successfully execute, to see who reaches the 'Angstrom Era' first. Place your bets…