Back in May this year TSMC first officially announced that it was making plans to invest in semiconductor production facilities in the USA. In particular it was in the advanced stages of planning a 5nm fab in Phoenix, Arizona. The plant would use 12-inch wafers and aim for a production target of 20,000 wafers per month.

Other details given at the time indicated that the Arizona plant would break ground in 2021, with mass production expected to start in 2024. TSMC said that the facility would create 1,600 high tech jobs available by the time it is up and running. Obviously, between now and then there are lots of construction and engineering jobs needing to be filled.

Important as it is, the fab won't be restricted to the production of 5nm semiconductors on US soil, there will also be an R&D division in Arizona, which is expected to draw on the pool of local talent and liase closely with other leading semiconductor businesses in the area. 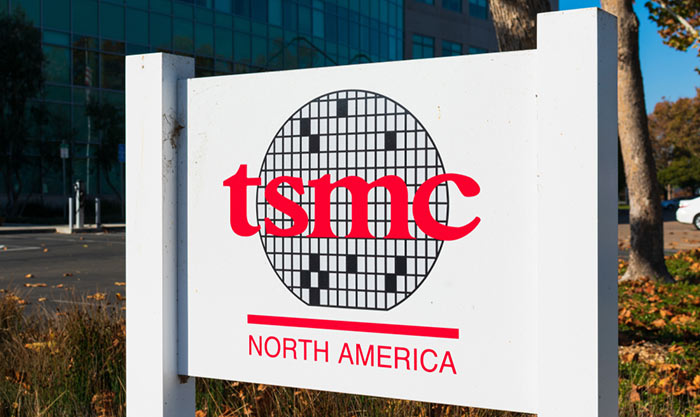 Some TSMC partners which supply materials to its Taiwan-based facilities are also preparing to make a move over to Arizona, which will bring further benefits to the US industrial landscape and state jobs market. Arizona is said to have a plentiful water supply and cheap power rates, as well as being strong in green energy production.

While the total investment estimated to be required to raise the plant and make it fully operational is approx US$12 billion, TSMC's board of directors has just approved the first contribution to the project, a sum of US$3.5 billion.

Obviously with the current chilly relations between the US and China, the former is keen to get more advanced chip making technology within its borders and a good distance away from the communist country. Formosa TV News reckons that the Arizona plant won't contribute much to TSMC's revenue but could be an important bargaining chip for Taiwan in upcoming US trade talks. Furthermore, it is thought that the Arizona facility will be used for US military and security related processor manufacturing. Meanwhile the bulk of TSMC's new and upcoming advanced products will continue to be made in Taiwan. For example TSMC is aiming to be mass producing 3nm processors by 2022, on its home turf.