The DRAM market has already been struggling due to oversupply, lack of demand, inventory surpluses, and other problems over the last few months. Now it looks like the US-China trade war might be about to deliver another knock to the industry. In brief, looking at the current economic and political drivers, DRAMeXchange (a division of TrendForce) reckons DRAM prices could drop a further 15 per cent in Q3 this year. 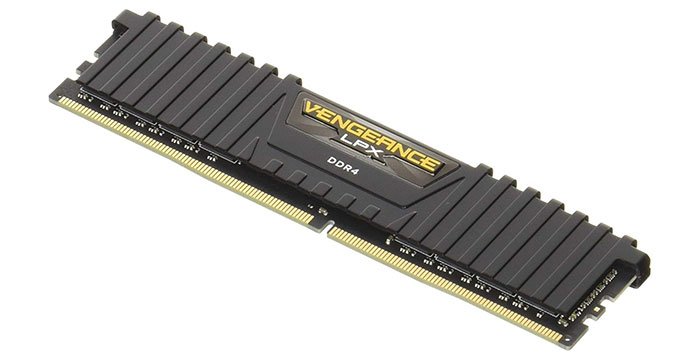 Singled out for special attention among the recent US-China shell bursts is the Huawei situation. TrensForce says "Huawei's shipments of smartphone and server products are feared to face heavy obstacles for the next two to three quarters," and most will know that Huawei is (was) a significant buyer of DRAM. With this impact in mind, TrendForce has revised its outlook for 3Q DRAM prices from its original prediction of a 10 per cent decline to a widened 10-15 per cent decline.

Previously TrendForce had thought such a sharp decline wouldn't occur but with the Huawei situation as it is and the expectation that H2 could see a quick-freeze in data centre equipment orders (including DRAM, of course), the picture has changed.

Going into Q4 this year TrendForce has a further revision, thanks to the bleak outlook. It originally forecast a 2-5 per cent slide in DRAM prices for the last quarter of the year, but Q4 2019 is now expected to see a further 10 per cent drop.

There is a glimmer of hope for DRAM makers at the end of the TrendForce press release. There is a chance that there will be a pricing rebound in 2020 thanks to "prices hitting bottom, limited supply bit growth and other factors," it says. 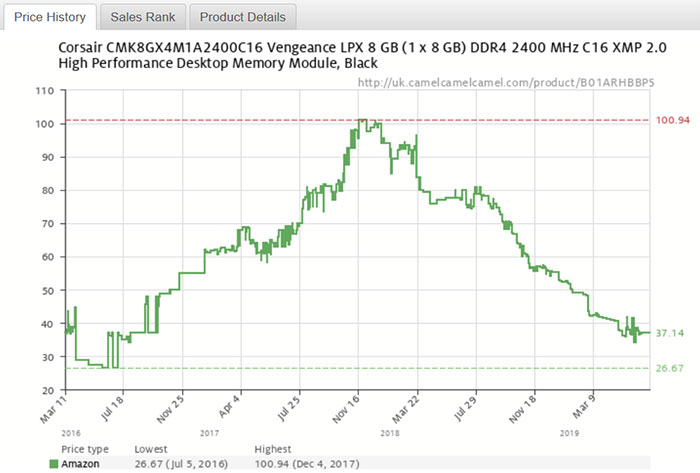 PC enthusiasts should therefore be able to safely watch memory prices decline for the rest of this year, delaying purchasing until a value sweet spot appeals enough. Picking an 8GB DDR4 DIMM 'at random' I noticed it was trending towards its lowest ever price. If it gets there, a 16GB (2x 8GB dual channel) matched kit would cost little more than £50.