Taller PC displays are starting to hit their stride and it's about time as the shift away from ubiquitous 16:9 is long overdue. When it comes to desktop productivity, 16:10 serves as an improvement for most workloads, and if you appreciate the extra height, a 3:2 aspect ratio is better still.

We've been fond of the almost-square format that has featured in multiple Microsoft Surface products over the years, and anyone who has enjoyed a 3:2 panel on the Surface Laptop must be left wondering whether standalone desktop monitors will ever embrace the standard. The wait is thankfully over as we've had our first taste of 3:2 desktop computing courtesy of the £600 Huawei MateView. 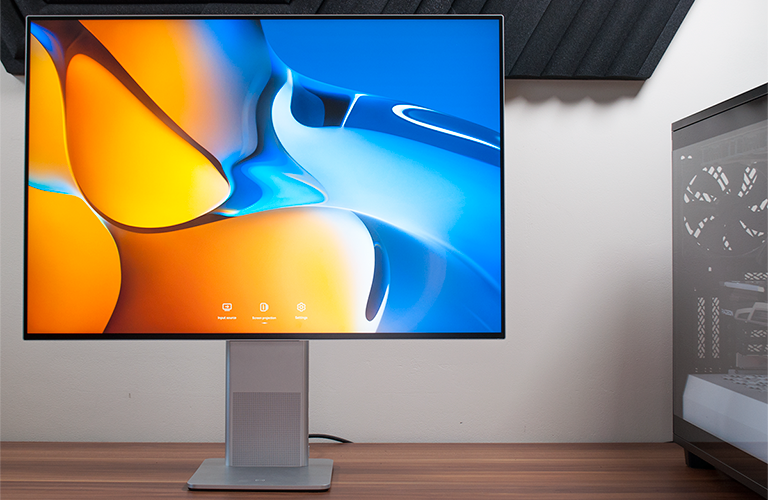 Straight off the bat there's no doubting that this is a gorgeous piece of kit that wouldn't look out of place with Surface branding. We'll explore the overall design shortly, but first let's talk about the unusual 28.2in display. Huawei's IPS panel employs a '4K+' 3,840x2,560 resolution operating at a 60Hz refresh rate and promising 98 per cent DCI-P3 colour coverage.

A near-20 per cent increase in pixels over a regular 4K UHD panel gives the MateView its extra height, but don't assume the uptick to be beneficial in all scenarios. Widescreen movies will play with black borders above and below, there's no adaptive framerate synchronisation, games aren't guaranteed to natively support the resolution, and those that do will require some serious graphics horsepower to drive the 9.8 million pixels.

This is almost exclusively a display for productivity and general web browsing, and for such purposes it is an undoubted delight. A 3:2 aspect ratio suits my own workflow perfectly, greatly reduces the amount of scrolling and has the feel of a significantly larger canvas. Heck, after just a week of using the MateView on a daily basis, my regular 27in 4K UHD panel now seems awfully narrow and cramped by comparison. Once you get accustomed to that extra height, anything shorter feels vastly inferior. 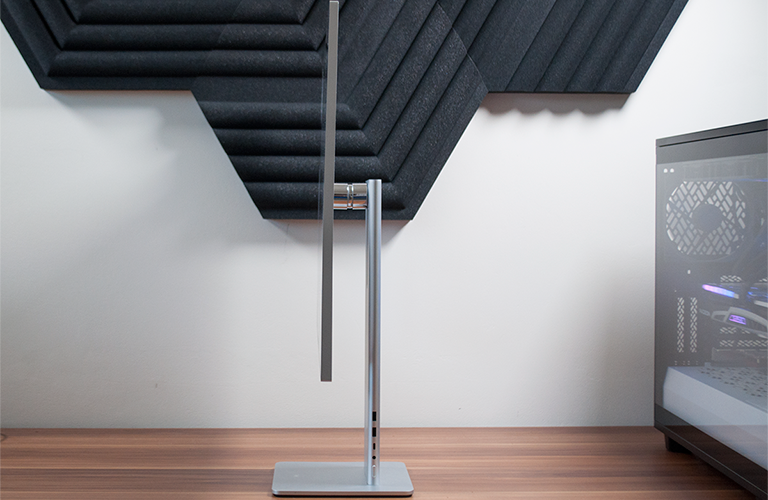 3,840x2,560 is a huge plus point - you can get away with Windows 10 scaling at 125 per cent, though 150 might be more comfortable for casual use - and Huawei's implementation sure is pretty. Slim bezels on all four sides allow for a 94 per cent screen-to-body ratio, the screen itself measures less than a centimetre thick, and the sleek design has been achieved by separating the panel and its motherboard, which lives inside the stand.

Decoupling the core components enables the clean, modern aesthetic, yet there are concessions when it comes to overall versatility. Huawei has done well to retain 110mm of height adjustment, as well as the ability to tilt -5° to +18° on the stainless-steel hinge, but there's no option to swivel side to side and the panel can't be rotated into a portrait mode. As you might have guessed, there's also no VESA mount, as the screen isn't intended to detach from its stand; the whole package ships as is with no assembly required.

A case of form over function? Well, not entirely. While some adjustability has been sacrificed, the stylish design does have its benefits. We like the fact that the 180mm x 175mm base takes up very little desktop real estate, and the three ports around back - HDMI 2.0, Mini DisplayPort 1.2 and a USB-C connector for the small 135W external power supply - make it easy to get up and running with no unsightly cables dangling from the display. Do note, however, that bandwidth limitations of HDMI 2.0 will limit the panel to 50Hz at the native resolution; Mini DisplayPort is the way to go for the full 60Hz experience, and Huawei does include a mini-DP-to-DP cable in the box, as well as a USB-C. 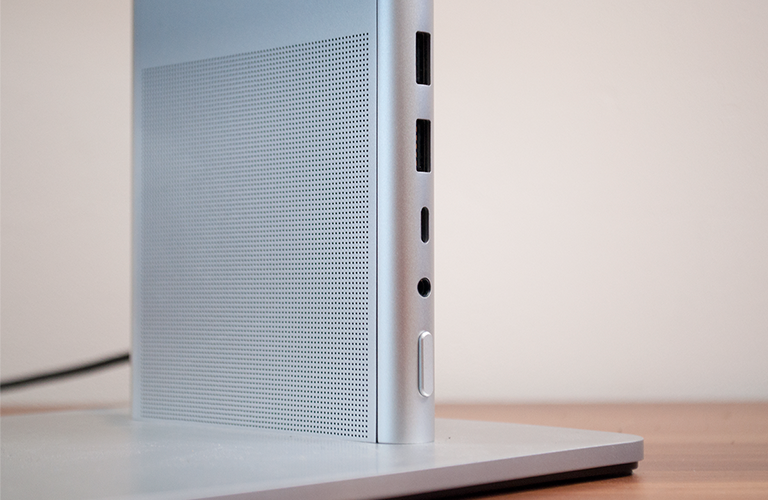 The rest of the ports, integrated neatly into the side of the stand, include a combination audio jack, a USB-C supporting display, data and 65W charging, and two USB 3.0 Type-A. There are also dual built-in microphones that deliver reasonable voice clarity, and being able to charge an attached laptop via a single cable is always helpful as any peripherals attached to the Type-A ports are shared with the docked PC.

We'd be happy to recommend the MateView on account of the 3:2 panel alone, yet there are plenty of additional features, some of which work better than others. The stereo speakers integrated into the stand, for example, have the benefit of being forward facing and provide decent enough audio for everyday use, but don't by any means stand up to Huawei's claims of "theatre-level sound" with "strong, deep bass sounds that surge from below."

In a similar vein the touch-sensitive Smart Bar lining the bottom-centre edge doesn't quite deliver on its promise of a "simpler, more intuitive experience." Using a combination of swipes, taps and double-taps, the bar is the only means of navigating the OSD and while we've eventually gotten used to it, I'd still prefer a joystick and physical buttons. Maybe I'm just old fashioned. 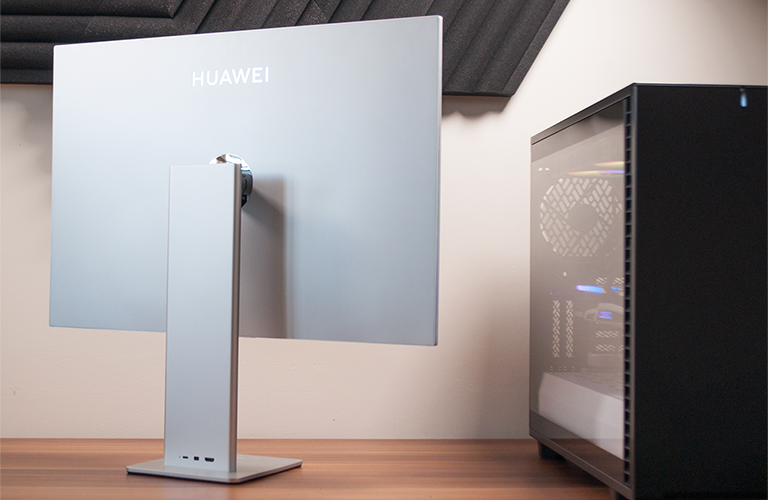 Finally, there's baked-in support for wireless projection. Users with a compatible Huawei smartphone, tablet or laptop can use OneHop Projection to cast their Android device in desktop mode, while non-Huawei owners can screencast a laptop screen at a lower-bandwidth 2K resolution. We've tried the latter but with limited success; the resulting projection proved unacceptably laggy in our environment, and docking a laptop via USB-C is by far the preferred route.

All things considered, has Huawei done enough to justify the £600 price tag? We'll examine the benchmark results before coming to conclusion, but it is worth pointing out a promotion at the time of writing that offers £200 cashback while stocks last. At £400 the MateView is all the more tempting.