Going down the Super route is smarter in many ways because it enables partners to reinvigorate their RTX stack nearly a year on from initial launch.

The arrival of a trio of GeForce RTX Super cards is a calculated move to energise the premium end of the discrete graphics card market and to potentially scupper AMD's plans for its rival Navi-based Radeons launching later this week.

All three new Super cards get a boost in some way or other. GeForce RTX 2060 Super harnesses more cores and and an RTX 2070-like backend to propel performance by 10-20 per cent across a swathe of titles. The uptick is enough for the Founders Edition to gain parity with a stock-clocked 2070 model, in fact.

Nvidia could simply have cut the price of existing cards and achieved the same aim of increasing the bang-for-buck. Going down the Super route is smarter in many ways because it enables partners to reinvigorate their RTX stack nearly a year on from initial launch. And no-one, other than consumers, welcomes a straight price cut.

Priced at £379 and £475 for the RTX 2060 and RTX 2070 Super Founders Edition, respectively, Nvidia succeeds in enhancing the high-end RTX offerings. It's good to see no price premium for these FE cards, as well, though partners will find it difficult to match the mix of build quality and performance with their entry-level models.

You're now getting RTX 2070-like performance for under £400 and close to RTX 2080 perf for under £500. That's still expensive in the grand scheme of things, but what it really does is put huge pressure on upcoming Radeon RX 5700 and 5700 XT cards because they'll inevitably be compared to Super models that up the performance ante a notch or two more than AMD was expecting.

Bottom line: The GeForce RTX Super cards bring a dollop more performance for the same money. Hard to argue with that. 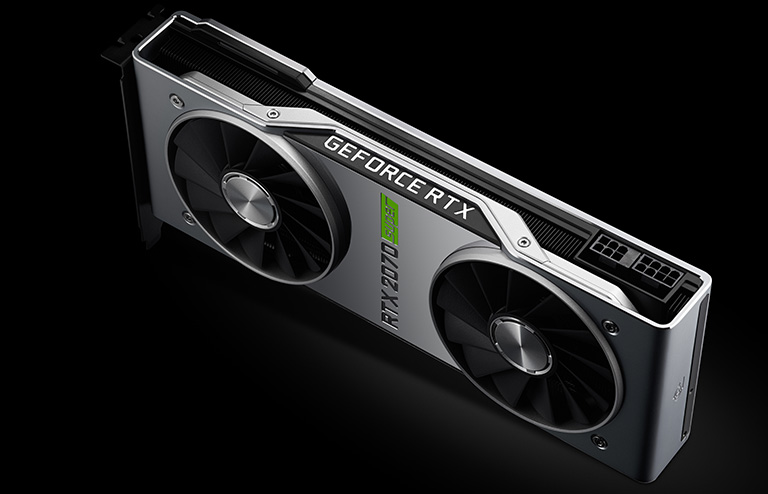 Meanwhile, Raja Koduri announces that the beefy Xe HPC GPU is "ready for power on".

Revision 2.0 of this triple fan quad-slot card should overclock higher.

Posted by Tunnah - Tue 02 Jul 2019 14:11
£475 for what is roughly 1080Ti performance is fair. nvidia really salted me with how they did the 2000 series, giving the same performance for the same price on a new card. Costs to produce, and squeezing in tensor cores was a factor, but the consumer doesn't really care about that, all they hear is “you're not getting a boost in performance for about the same or a bit more money” and it was infuriating.

However this is all only coming about because AMD are threatening their position, and they're not gonna do anything for the higher end. With nothing threatening the 2080 and the 2080Ti, they have no incentive to lower costs.
Posted by kalniel - Tue 02 Jul 2019 14:37
Hexus tries to excuse the pricing of the 2060 super by saying it's cheaper than the 2070 was. Really? It's still cut down more than a 2070 as well.

Ditto the 2070 super. Hexus say: “Both partner and FE cards will be available from $499, of course, representing a serious pricing cut a year in. ” Which of course, is baloney - in the paragraph above you've just said the 2070 was $499 on release. If you're comparing it to the 2080 then all the Hexus results show it's slower than a 2080, so why would you say it's a serious price cut?

The last thing consumers need when prices are increasing are comments from reviewers making light of it.

So basically trash, that nVidia is selling like Super version? They are so good at marketing.