You are here:
Storage Cooling News

Gigabyte has unveiled its latest, and fastest, Aorus branded 2TB SSD. The new Aorus Gen4 7000s Premium SSD delivers up to 7GB/s sequential read speeds "with no throttling". These Aorus drives have been updated since the CES 2021 product announcements from the Phison E16 to Phison E18 controller, instrumental in boosting peak transfers from 5 to 7GB/s. The sustained no throttling promise comes thanks to the beefiest passive cooler unit yet for Aorus SSDs, the M.2 Thermal Guard Xtreme with Nanocarbon Coating. 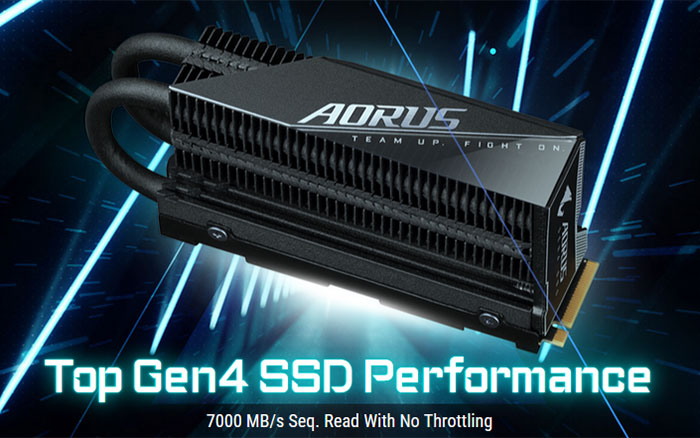 The key tech and performance specs of the Aorus Gen4 7000s Premium SSD are as follows: 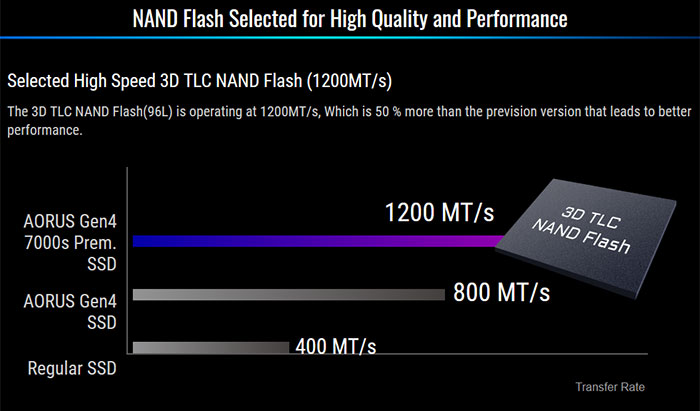 Digging deeper, the new SSD uses the Phison E18 controller which is an 8-channel device, supporting up to 176-layer NAND, with DDR4 caching, which is claimed to "show a 35 per cent performance increase over previous models at low queue depth improving user experience in system responsiveness". This controller is built on the efficient TSMC 12nm process node with proprietary CoXProcessor 2.0 technology and Phison says several partners are going to announce enhanced products based on it at Computex 2021 starting next week. 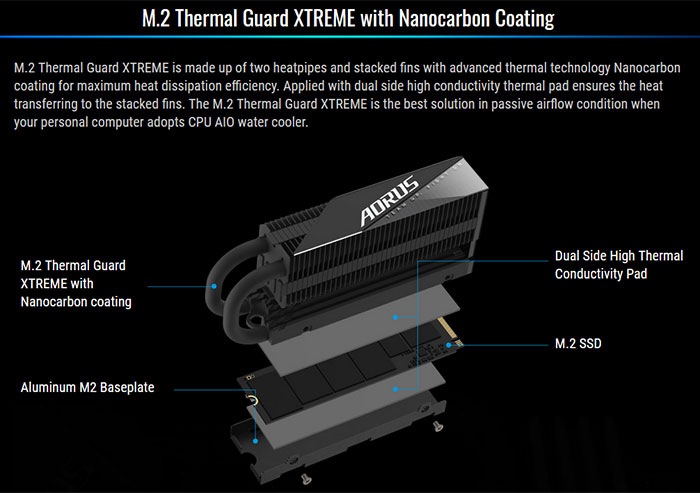 Circling back to the Aorus Gen4 7000s Premium SSD and, other than being one of the first to utilize the new controller, its key attraction is that 'promise' that it will never throttle. For this appealing quality Aorus is relying on the M.2 Thermal Guard Xtreme with Nanocarbon Coating. In the pictures you can see this sizable cooling solution that measures nearly 45mm tall – so you better check the clearance above your M.2 slot(s) before you buy this. 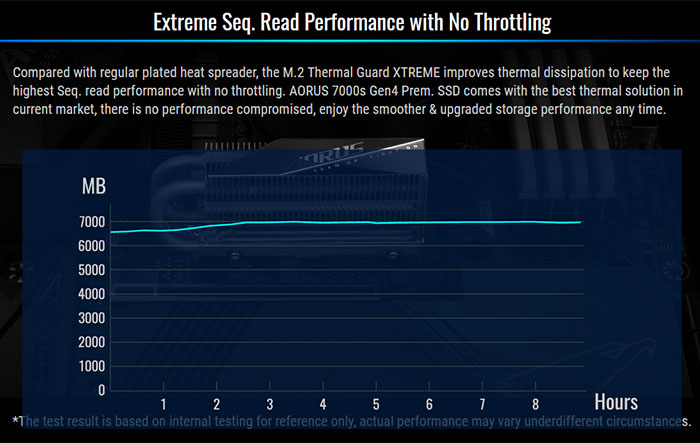 The passive cooler a nanocarbon coated finned construction laced with twin heatpipes and including an aluminium base plate and dual side high thermal conductivity pads. In internal testing this cooler shrunk the temperature delta between idle and under sustained load by 50 per cent (compared to no heatsink). You will still want decent in-case airflow to use this SSD at its full potential. 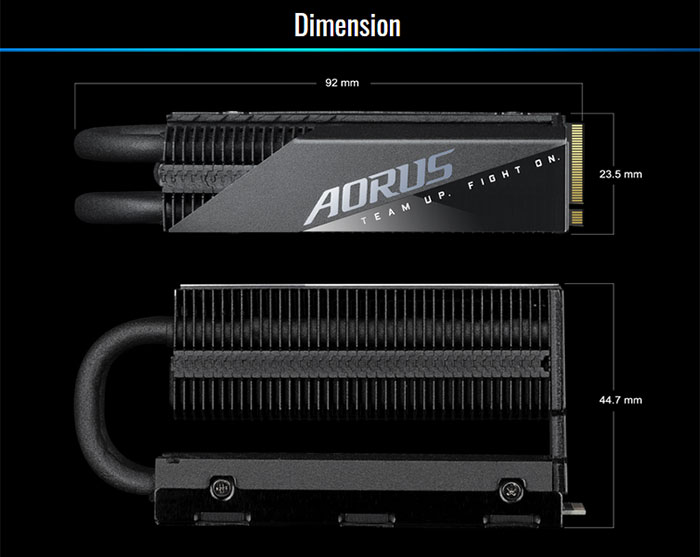 Gigabyte says that the Aorus Gen4 7000s Premium SSD is "already in the market," so you should see it for sale soon. How much more it will cost compared to the non-Premium version remains to be seen.

Posted by Irien - Wed 26 May 2021 14:13
Makes you wonder just how necessary such things are. I look forward to fitting this into my laptop, for example! I get that they're chasing performance at all costs, but if you can't sensibly fit them into computers, a re-think may be in order.

Are we looking at a two tier NVME drive market going forwards - one for use in laptops and confined chassis with one power profile, and another designed around a higher TDP for desktop use?
Posted by ksdp37 - Wed 26 May 2021 15:35
No way this is going to fit on my mobo. The graphics card takes up the space directly above the first m.2 slot and I've got a PCI-E card on top of the second slot. They both use the manufacturer provided heat sinks (with the thermal pads) for the cooling.

How are people supposed to fit a huge cooler like this on an already tight mobo? Do we all need to buy e-atx boards now?
Posted by philehidiot - Wed 26 May 2021 15:51
Dear Anandtech,

The Destroyer benchmark has another victim for your amusement.

Please order a couple as you'll probably melt at least one.

This is ridiculous and impractical, I would like to a see a performance/temperature comparison with the cooler on, off and with a motherboard based cooler to see how necessary this really is.
Posted by kompukare - Thu 27 May 2021 11:10
My first questions would be , how does NAND react to temperature?
And does it affect longevity?
Not much chance being able to use these in laptops.
With NAND write and erase uses a lot more power than reading (although a quick search only showed quite old figures), so aside from show, maybe only very write heavy users actually need the big cooler?