Our headline mentions that Doom Eternal will be able to run at up to 1,000 fps, given hardware capable of such a feat. Doom Eternal has been built using the id Tech 7 engine, which pushes performance well beyond what was possible with id Tech 6 - which isn't capable of rendering frames at faster than 250fps. id Software lead engine programmer Billy Kahn reminds us that in any Doom game "speed is one of the most important things" and the latest engine is optimised to make the most of current and future hardware. Lead engine programmer Kahn says that a beefy test PC build at id's studios managed to run the game at around 400fps. 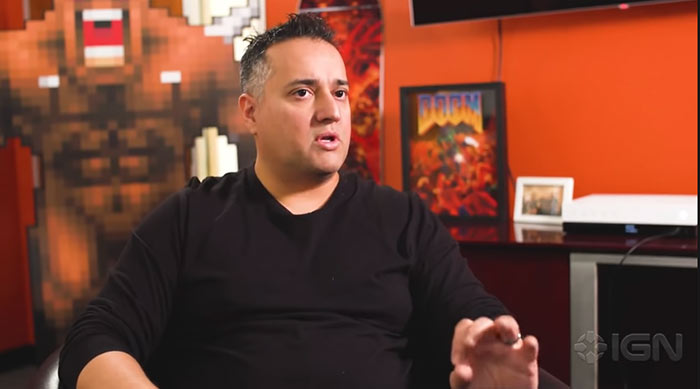 Kahn describes what has been done with id Tech 7 to tune the game engine. Though id Tech 6 was already designed to make use of extra CPU cores, and extra GPU resources, id Tech 7 finesses the process and has "made great strides" to ensure your latest and greatest hardware investment pays dividends. More specifically, Kahn mentions that in id Tech 6 processes ran in parallel but there were still bubbles or gaps in latency that needed to be optimised out - now this has been done. Another aspect of the engine that got attention was the 'job system' which has been re-written in id Tech 7 to make each CPU core work more efficiently - without a core needed to be dedicated to scheduling. 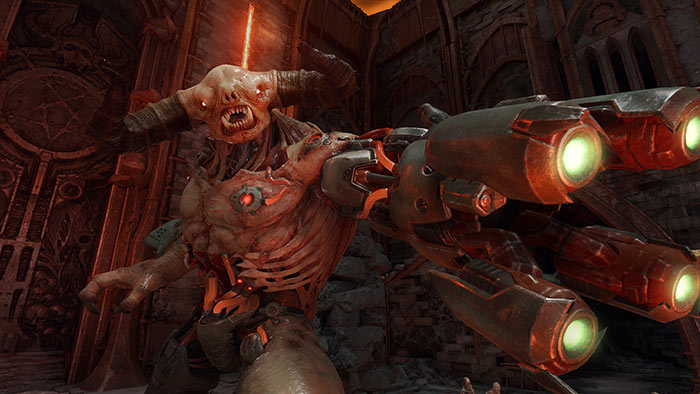 id Tech 7 hardware scaling is very impressive, according to Kahn. If you have the resources, games written using this engine can make use of the processing power available to pump up frame rates, resolutions, HDR visuals, textures, draw distance, lighting, and more. On the PC that leaves plenty of scope for seeing the benefits of upgrades but Kahn talks about consoles like the Xbox One X, PlayStation 4 Pro - and at the other end of the scale the Nintendo Switch.

Of course with Microsoft's and Sony's latest and greatest you will get a taste of the speed and graphical fidelity open to high-end PC users. However, on the Nintendo Switch (above embedded video: 3mins onwards) the tone of the story is about how surprisingly fluid and handsome the visuals are. Concessions have to be made on the Switch of course, but the scalability of the engine means that it will be running at around the same fps as on the Microsoft and Sony heavyweights.

In a separate story, from the floor of the PAX East show at the weekend, id Executive Producer Marty Stratton, told USGamer that he played the Switch version of Doom Eternal last week and was "stunned," by the port. Stratton said that he is looking to get "the highest quality version of the game on the Switch," with minimal compromise.

Doom Eternal launches on PC, Xbox One, PlayStation 4 and Stadia on 20th March. The Switch port release date has yet to be pencilled in.

Either way I think its brilliant; gives the engine greater longevity.
Posted by QuorTek - Mon 02 Mar 2020 17:06
Well you guys, you look at the future… no more badly made engines like the Crysis one and others and finally some Evolution… also this would be very interesting for many developers, and the better ways to deal with consoles, and the likes without having to go 4 different locations whenever they make a game and something maybe for the others out there to look into, eg. would not mind to see Half Life 3 on a new similar engine, it is interesting.
Posted by Lord Midas - Wed 04 Mar 2020 07:53
I didn't even know that game engines had a “max” limit on FPS. I always thought they ran as fast as the hardware allowed.