In 2018, Microsoft won a $480 million contract from the US Army to develop a mixed-reality headset to help soldiers train, rehearse and fight. The contract was slightly controversial, with a Silicon Valley consumer tech giant effectively working on developments that could make killing more efficient. However, the politics of the decision is to turn that perspective around and to describe the project as ensuring more US soldiers return from active duty safely. 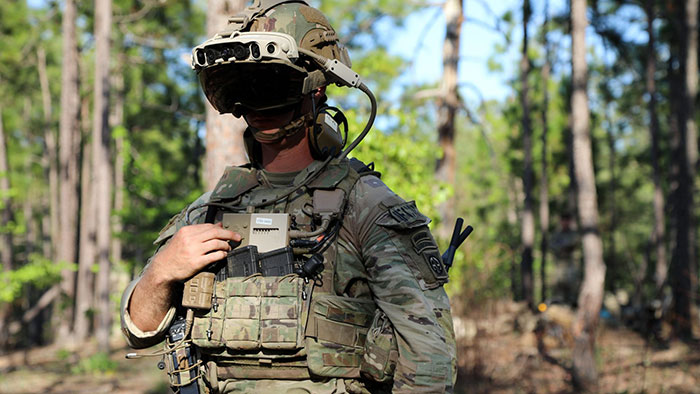 To get the HoloLens military project started, Microsoft engineers visited a military base in North Carolina in 2019. The engineers sought to understand "the challenging environments soldiers operate in" – which was said to be an eye-opening experience. Time and situation critical technical decisions are required by soldiers and this was observed and recorded to become 80,000 hours of feedback on headset key features. In turn this influenced Microsoft's iterative design, a key part of its user-centric approach, and updated prototypes were tested again, and so on. Testing has also spanned diverse environments in the US, as well as tropical (Puerto Rico) and arctic (Alaska) climes.

Microsoft's special military sauce for HoloLens is dubbed the Integrated Visual Augmentation System (IVAS). This system "will allow soldiers to see through smoke and around corners, use holographic imagery for training, and have 3D terrain maps projected onto their field of vision at the click of a button," summed up a Microsoft blog post on the military HoloLens. Another application I found impressive is that soldiers will be able to switch their AR view to the vantage point of the enemy combatants – to effectively see what the enemy sees in terms of terrain, buildings and so on. 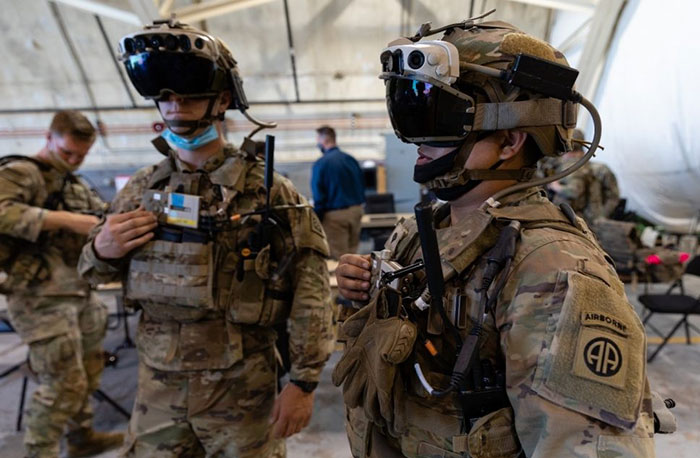 A number of changes to HoloLens and IVAS made through the two years design process include:

Microsoft says that the HoloLens headset distribution to soldiers starts in September. Signs are that it could make a big impact, allowing "soldiers to rethink how they do things," and arming them with info and awareness that they didn't know were within the realms of possibility until recently.

Tabbykatze
I mean, it's cool and all, but does it have Netflix…

I suppose not, but I bet it can run Crysis!
Posted by Ttaskmaster - Wed 09 Jun 2021 14:09
So now the requirement for joining the military really will be a high KDR on CoD, then?
Posted by QuorTek - Wed 09 Jun 2021 14:56
It means that we will get proper VR in the close future, likewise, probably even interactive gaming you can do in free areas… house complexes and more, taking gaming to a next level.
Posted by [GSV]Trig - Wed 09 Jun 2021 15:54

A number of changes to HoloLens and IVAS made through the two years design process include:

HMD sensors had to move, so soldiers could aim rifles with cheek on stock
The goggle rim was altered for better peripheral vision
A chest mounted compute pack headset controller had to be rethought, as it easily broke or got gunked-up as soldiers crawled around in cover
The mixing of HoloLens abilities plus thermal imagery, sensors, GPS technology and night vision
Users can be aware of where other platoon members are even in dense or dark environments, and chat with integrated audio
HoloLens can be paired with a weapon sight, so wearers can see what their weapon scope sees - when aiming around a corner, for example

Not being funny, but how many of those should have been done before the demo units went out, they seem kinda obvious to me tbh..
This is the start of a ‘JARVIS’ type HUD where it ID's people as you look at them and then pops up relivent information..