HP has just fired a salvo of new Omen branded gaming PCs and accessories. There is the headlining monitor - the HP Omen 27i, a couple of appealingly designed microATX gaming desktops (25 and 30 litre options), as well as an update to the Omen Command Centre software controls for all. 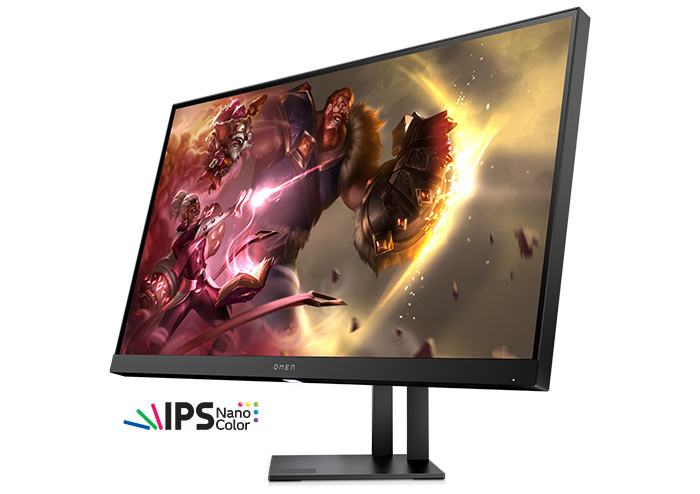 The new Omen 27i Gaming Monitor uses a Nano IPS panel with a DCI-P3 98 per cent colour gamut. This, says HP, delivers "deeper hues and more accurate colours with a 25 per cent wider colour gamut than sRGB and largely nullifies colour degradation from shallower angles".

HP appears to have built this new product around an LG panel (Nano IPS technology) and it shares nearly all the same qualities of the 27GL850 announced by LG at IFA last September. So, what are those key panel specs? I've bullet pointed them below: 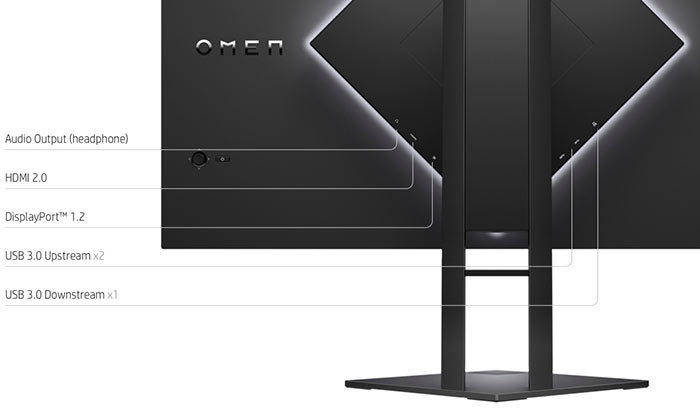 Other key features of the HP Omen 27i include the fact that it is Nvidia G-Sync Compatible - meaning it is a FreeSync monitor that can play nicely with Nvidia's entry level G-Sync capabilities. Thus it delivers the main feature of VRR without the frills, minimising the possibility of display stutter and/or screen tearing.

Some HP Omen gaming chops added to the monitor include the "patented aim assist feature which creates a custom shaped and coloured reticule." Last but not least the monitor has LED lighting around the back. It traces the Open rhombus-shaped stand mount and lets you see the ports easily in dim conditions. You can control the lighting and make other monitor feature adjustments in the new Omen Command Centre software. 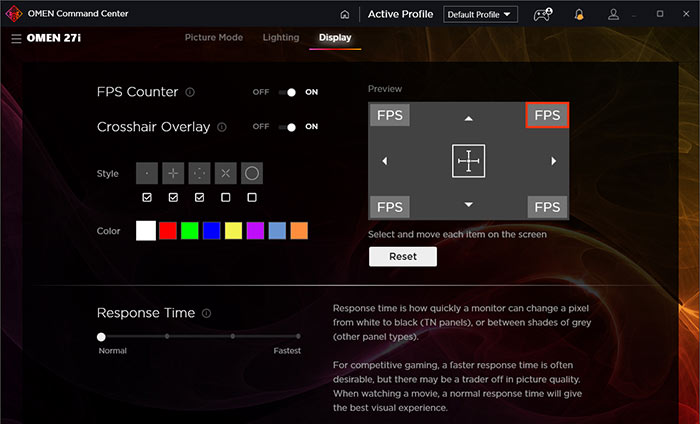 The HP Omen 27i Monitor is available now at BestBuy.com, and from scheduled to be available from 22nd May via HP.com, for a starting price of $499.99. I don't have UK/Europe availability or pricing details at this time, and the monitor wasn't listed on the HP UK site at the time of writing.

The above new HP Omen 25L and 30L desktops come packing up to an AMD Ryzen 9 3900 processor and up to AMD Radeon 5700XT graphics card. They will begin to become available from today via HP.com, starting at $899.99.

I'll give this one a guess, they still make money?
Posted by mers - Tue 05 May 2020 17:56
Due to space I have to use a TV as my monitor and anyway there is no way I'd spend a large amount of money on a monitor even if I had the choice. I very rarely game and do not use a monitor for professional use so refresh rates and colour accuracy is not that important to me. One thing that bugs me looking at this as does my present Samsung TV / come monitor , having inputs / outputs on the back , bloody annoying. My previous LG TV had all those connections on the side so I could easily plug in USB sticks and headphones as when required.