Fed up of waiting for graphics card prices to resemble some form of normality? It might be time to try an alternative upgrade instead. Today's monitors have what it takes to radically enhance the PC experience and you don't need to break the bank to land high-end specifications.

Huawei's MateView touts impressive 3:2 productivity skills for £600 (£400 after cashback), the recently reviewed X= XRGB27WQ brings 27in QHD goodness at up to 165Hz for a mere £270, and if you want to combine both high resolution and high speed, take a gander at AOC's new U28G2XU. 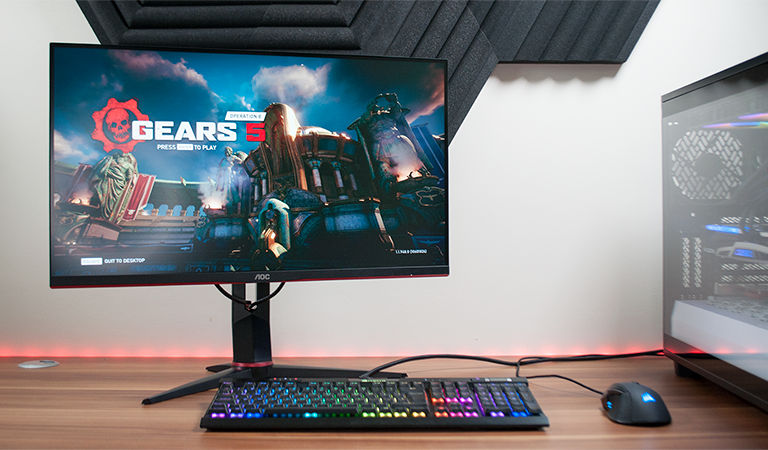 The specification sheet may read familiar - 28in 4K UHD at 144Hz has been done before - but as far as we can tell, AOC is the first big name to offer such credentials for under six hundred pounds. £590, to be exact, making it an attractive proposition for those with the graphics firepower to drive 8.3-million pixels at such lofty framerates.

If that sounds like you, AOC's IPS panel ticks a lot of the right boxes. A 3,840x2,160 resolution cranks up the detail and isn't overkill at 28 inches - I can get away with 125 per cent Windows scaling, though 150 is easier to live with - and IPS technology coupled with an anti-glare finish ensures good visibility in every direction. 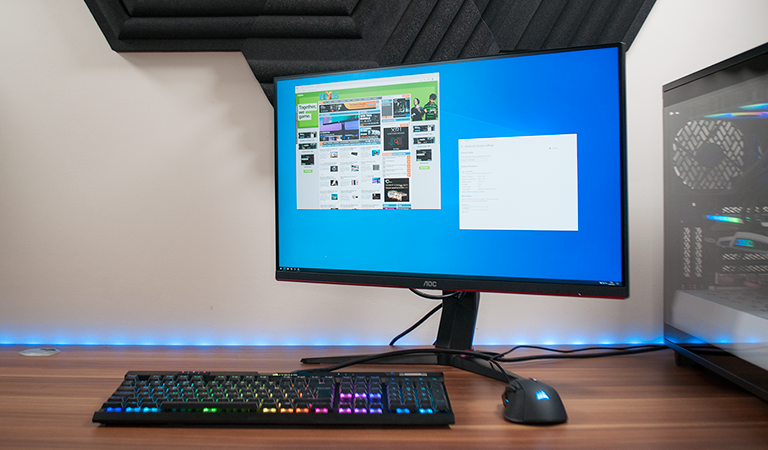 Out-the-box colour accuracy is up there with the best we've seen from a gaming monitor, and with a 144Hz refresh rate and 1ms MPRT response time (3ms GTG), games look and feel highly responsive. Adaptive synchronisation (AMD FreeSync or G-Sync Compatible) is available in the 48-144Hz range, and having expected a few shortcomings at this price point, we're impressed at how capable the panel actually is. Response times are very good, there's little in the way of IPS bleed, ghosting is barely noticeable (there's some overshoot with the medium or high overdrive settings, but nothing to write home about) and if your hardware can routinely hit around the 100-144Hz window, games play fantastically well.

We don't have any major qualms with AOC's build quality, either. The VESA-compliant stand is quickly assembled using a single screw and offers 130mm height adjustment, -5°/+22° tilt, 32° swivel and the ability to rotate into a portrait mode. Heck, gaming monitors don't usually do it for us in the aesthetic department, but the U28G2XU bezels are thin enough, the power supply is integrated, we kinda like the subtle red trim along the bottom-front edge, and appreciate the fact there's no gaudy RGB lighting. Even the integrated stereo speakers are sufficient for everyday use. 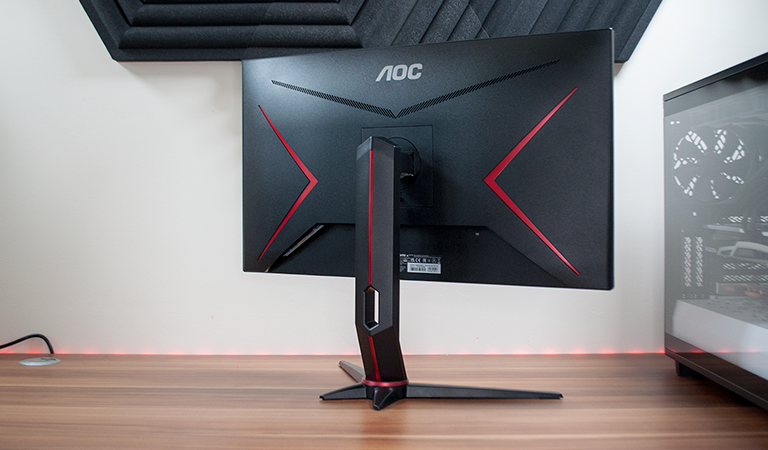 Something has to give, however, and concessions have inevitably been made to hit that sub-£600 figure. Firstly, this isn't a monitor for those craving high-end HDR thrills. Though the panel does officially carry HDR400 certification, peak luminance in our own tests topped out at 296.7 nits, meaning the IPS panel has neither the brightness nor contrast to make HDR worthwhile.

Secondly, AOC's port selection isn't quite as forward-looking as we had hoped. Alongside a four-port USB 3.2 Gen 1 hub are two HDMI 2.0, two DisplayPort 1.4 and a headphone jack. What's wrong with that? Well, DisplayPort 1.4 only has the bandwidth chops to run the native 4K resolution at 120Hz, while HDMI 2.0 tops out at 4K60. PC gamers needn't worry too much, as most recent graphics cards allow the full 144Hz via DisplayPort DSC (display stream compression), but console gamers wanting to attach, say, an Xbox Series X or PlayStation 5 will be limited to less than half the maximum refresh rate. 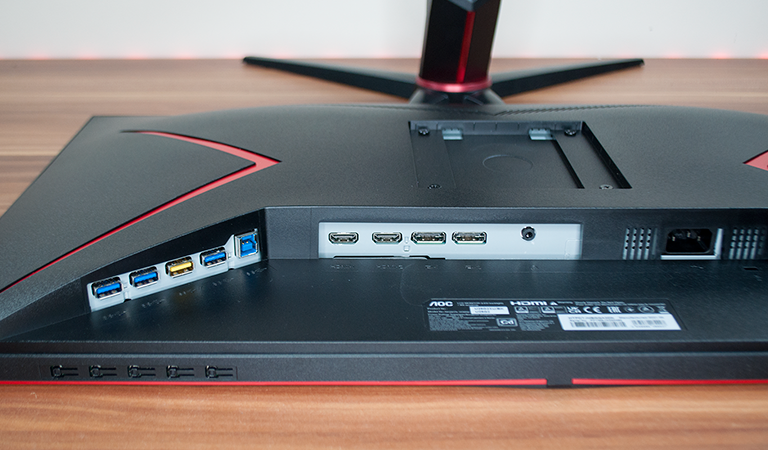 A shame, of course, but if you're wanting a screen for both PC and console use, you'll need to extend the budget by a couple of hundred pounds. The Asus TUF Gaming VG28UQL1A, for example, offers 28in 4K 144Hz capabilities alongside HDMI 2.1 connectivity but costs over £800. A price worth paying for console users, but if you're strictly a PC gamer, the AOC does represent a healthy saving.

Our third and final criticism rests with the buttons used to navigate the OSD. Pictured above, along the display's bottom-right edge, the five tactile buttons are tricky to identify and cumbersome to use. I've accidentally hit the power button on more than one occasion, and there's enough wobble in the stand to ensure the display jiggles around when attempting to dig into the menus for something as simple as turning down the volume. A joystick would be much preferred.