Intel has published a support document regarding its 400 Series Chipsets and 11th Gen Intel Core desktop processors, and opened up a can of worms. Reading the headline about BIOS updates that are on the way to support the new Rocket Lake processors you might have felt some satisfaction, however deeper into the article there is a bitter pill delivered by a single line note stating that H410 and B460 motherboards won't support Rocket Lake. 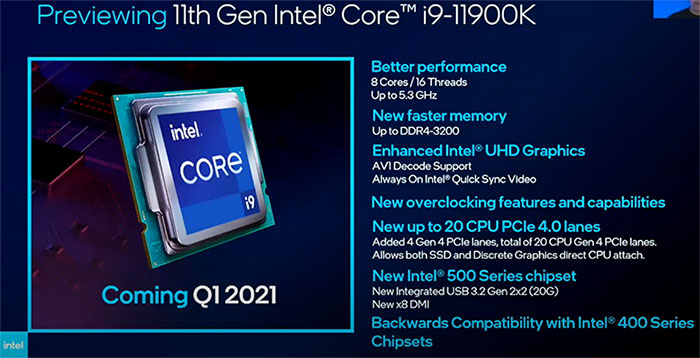 The upcoming RKL-S processors use the same socket (LGA1200) as their predecessors, and many were expecting that there would be an easy upgrade path, a simple processor swap, required for updating to Intel's latest and greatest. The support article says you may need a BIOS update – which isn't a dealbreaker as long as you don't buy a new CPU with an old stock motherboard and get stuck. Unfortunately, the BIOS update to add support for RKL-S CPUs only works for Intel Z490 and H470 chipset-based motherboards.

Why would Intel fragment its upcoming RKL-S support base? According to Tom's Hardware it isn't just being 'mean' to those with lower end motherboards. It explains that the H410 and B460 chipsets are based on a different, older 22nm process node and a BIOS update isn't enough to add support for the new RKL-S processors. 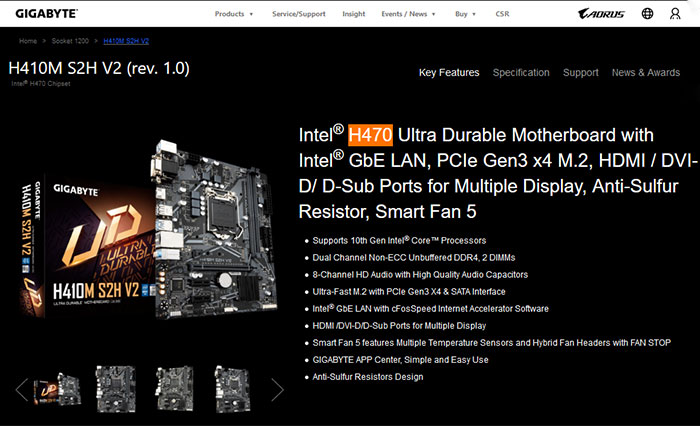 Interestingly, at least one motherboard vendor, Gigabyte looks like it will add support to its 'H410 and B460 motherboards' by leveraging the H470 chipset. Gigabyte's action isn't going to help existing owners but its new H410M DS2V V2 and H410M S2H V2 are actually H470 chipset based. They are RKL-S ready and will provide cheaper entry points to the new Intel processor line, if you don't think the S00 Series chipset is worth the investment.

Rob_B
Not surprising I guess, seems there is at least some genuine reason for it this time.

A bad one. The chipset being manufactured on a different node is completely irrelevant to what it does or doesn't support.

The backwards/forwards compatibility on AM4 isn't always ideal or as good as I'd like, but this is indefensible.
Posted by Tabbykatze - Tue 09 Feb 2021 14:20

Rob_B
Not surprising I guess, seems there is at least some genuine reason for it this time.

As Edmund said, this is a garbage reason.